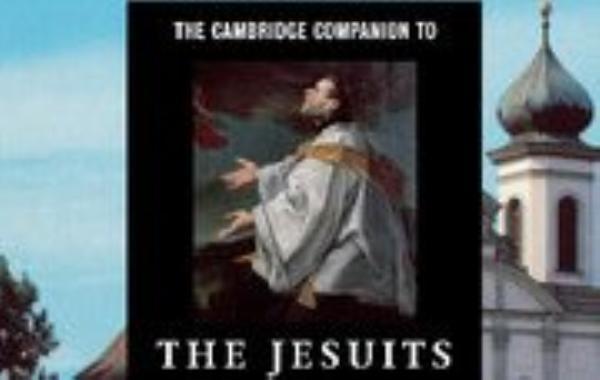 To construct his Cambridge Companion to the Jesuits Thomas Worcester has drawn together eighteen knowledgeable contributors. Their scholarly accounts are grouped in five parts, covering the life and spirituality of Ignatius; the European foundations of the Society of Jesus; early Jesuit missionary enterprises; the Jesuit contribution to the arts and sciences; and the role of Jesuits in the modern world. The essays include interesting insights into the Order’s evolving attitude to minorities, such as Jewish converts, and to women, and to issues of theological heterodoxy and fidelity to the Pope.

Worcester’s is an ambitious and largely successful project and the book deserves to be widely read.

Several underlying themes regularly emerge in the text. Perhaps the most important is the continuing adherence to the spirituality and forms of governance bequeathed to it by its founder.

In an impressive account ofThe Spiritual Exercises of Ignatius of Loyola, Philip Endean argues that “the common life of the Society of Jesus is closely connected to the experience of the Exercises” and that the practice of Ignatian spirituality enables what Ignatius called “the progress of souls in Christian life and doctrine.”

It wasn’t until I visited the Basque country from which Ignatius sprang that I really understood the connection between this spirituality and the geography and topography of Ignatius’ birth place. The isolation of rugged inaccessible terrain must have been a significant influence in shaping his outlook.

The beautiful corner of Guipuzcoa where Ignatius was born is often described as “rough and idyllic” – not unlike the life he would call his Jesuits to follow.  The proximity of the house of Inigo’s warlike ancestors - a defensive tower - standing alongside the basilica at Loyola, dedicated to the saint, also reminds us that Ignatian spirituality is not a call to passivity or a contemplative life: 44 canonised saints; 162 canonised or beatified martyrs,  bear testimony to that.

A second theme in this collection of essays – that straddle more than 400 years since the Order’s foundation in 1540 – concerns durability and suffering and its capacity to make both powerful allies and enemies. Its willingness to involve itself intimately in questions of high politics inevitably led, and still leads, to accusations of intrigue, to jealousy and rivalry. At times in its history this has had disastrous short-term consequences.

The eviction of Jesuits from Portugal, France and Spain was followed by its suppression by Pope Clement XIV in 1773 (which the historian Eamon Duffy has described as “the papacy’s most shameful hour”) and its restoration by Pius VII in 1814.

In the process many Jesuit priests and communities experienced great hardship and vicissitudes but the Jesuits were not asphyxiated.  In the face of new challenges facing the Church at the turn of the nineteenth century the Order was reconstituted.

Suppression of the Order must have seemed an especially cruel blow to the Jesuits of Britain. For the previous two hundred years that had been hunted down, many losing their lives, as they kept Catholicism alive. Thomas McCoog tells their story well.

Every English Catholic should be taught about the debt owed to the Society of Jesus. When St.Edmund Campion famously remarked that “the expense is reckoned” he knew that the Queen’s pikes and the gallows at Tyburn and Lancaster would demand their price in Jesuit blood.

Scores of young Catholic men slipped out of the country and returned in disguise as Catholic priests. The stories of Campion, John Gerard, Robert Southwell, Henry Garnett and the rest are well known. To this very day their personal heroism and courage remains an inspiration. Theirs, though, was a religious mission. Other young men, feeling discriminated against and seeing their families face ruin, became dangerously politicised.

The effect which the faith of the Jesuit and Seminary priests had on their contemporaries – many of whom had become demoralised believers – created a network of resistance throughout the country.

The effect on the authorities was equally dramatic. And their response was to use every organ of the State to wage systematic persecution.

Parliamentarians even brought forward measures proposing to remove children over the age of seven from their family homes if their Catholic parents did not conform.

This part of the Jesuit story surely has application in a modern Britain where Muslims have seen a blurring of religious ideals and radicalised political action aligned to violence.

I was struck recently, during a House of Lords debate on the subject of inter faith dialogue, by remarks of  Lord Wallace of Saltaire, who said he had been brought up to view Campion as a traitor. The Cambridge Companionhelps the reader understand why one man’s traitor can be another’s hero – and why we all need to work harder at understanding each others stories.

It is equally helpful to be reminded that the suffering and martyrdom – and heroism – of Jesuits is not purely historical.  The Jesuits – in their contemporary battles against injustice – are still making enemies.

In the last century some 340 Jesuits were victims of xenophobia or racial hatred, anti-religious persecution, Nazism and Communist or dictatorial regimes.

In 1989 six Jesuit professors and two of their co-workers  were assassinated in El Salvador after bravely confronting its injustices and since Pedro Arrupe’s tenure as Superior General (1965- 1983) there have been forty Jesuit martyrs.

Another theme in this collection of essays underlines the contribution that Jesuits have made to culture and learning, to science (particularly astronomy) to architecture and to the arts.  It is here that I sensed one inadequacy.

Although there is an interesting essay on Jesuit schools and universities in the USA, I would like to have seen more on the Jesuit contribution to education.

Withdrawal from schools – sometimes on the grounds that this is simply tending to the needs of an elite – has been a mistake. The formation of Arrupe’s “men and women for others” should still be the central task of the Order.  The Jesuits first began to found schools in the 1540s and perhaps their role as educators deserves a companion to sit alongside this admirable volume.  I suppose I should also “declare an interest” as we say in Parliament.

Jesuit educated men and women, tasked to challenge inequity and injustice, can have a far reaching and disproportionate impact. As the son of an Irish immigrant who travelled from his family’s council estate flat to a new grammar school which the Jesuits had just opened, I will always be grateful to the Society of Jesus. I have seen the same values communicated by Jesuit chaplains and lay people in my children’s Jesuit school. Perhaps what I most wanted to read in this otherwise excellent collection is a celebration of what Jesuit schools and colleges have and continue to achieve; a reflection on Jesuit education worldwide;  and what consideration the Society is giving to returning to and expanding the thing it does best.

David Alton is a Crossbench life Peer who served for 18 years in the House of Commons. He is Professor of Citizenship at Liverpool John Moores University.

Buy this book on Amazon