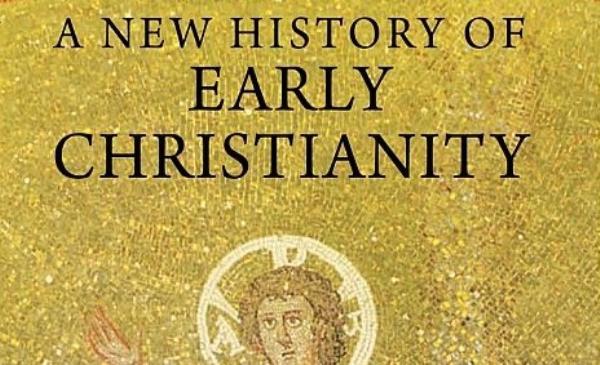 In the course of 32 chapters and 326 pages, together with notes, a bibliography and many pages of illustrations of early Christian art, Charles Freeman covers in his A New History of Early Christianity the history of the Christian faith from its earliest days to the beginning of the 7th century and the pontificate of Gregory the Great (590-604).

The work divides into three main sections: 1. Beginnings; 2. Becoming a Christian; and 3. the Imperial Church.  The journey that the book attempts to trace was by no means clear cut.  How do we travel from the moral character of Judaic Christianity to the world of Constantine and the subsequent fascination of the Church with definitions of the nature of Christ and his relationship both with God the Father on the one hand and his humanity on the other? To many people even now the move from behaviour to creed may seem strange and perhaps even unnecessary.

As part of this move, two vital questions arose: 1. On what side of the line separating creature from creator does the Son stand?; and 2. How can one person Jesus Christ be both divine and human and yet only one person? How and why did this concern with doctrine arise? Chapter 28 with its sombre title, ‘The End of Optimism’ concerns itself largely with the effect of Augustine on future generations, above all with his insistence upon the ‘new’ doctrine of original sin. But was the Church really so positive before him?

One of the refreshing and at the same time challenging features of this book is the fact that the author does not invite us to believe that the changes which took place between 30 AD and the end were in any way necessary or obvious.

Christianity did indeed develop with the progress of time, above all under the benign influence of Origen and Constantine the Great.  But granted the change, was there no continuity? And why did it all happen as it did? These are questions which this book rather avoids, some may say, perhaps, wisely. The shift from variety to uniformity was by no means clear, nor that from optimism to pessimism.  But Saint Paul’s teaching about thought and morality apply and are as important now as they were in the early Church: he emphasised the need for both grace and correct belief about Christ, and for a serious moral life.

The reviewer, Anthony Meredith SJ, is a member of the Jesuit Community at Mount Street in Central London.

Find this book on the Yale University Press web site

Business as a force for good