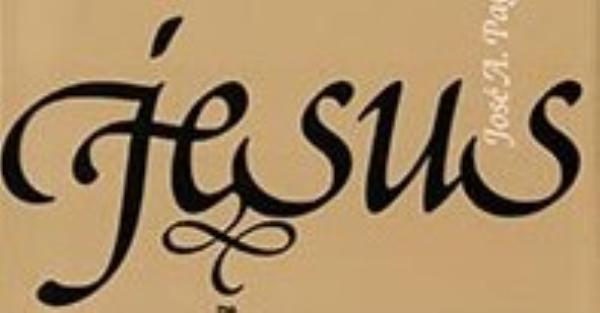 Here is a rare event: a refreshing and engaging book on the historical Jesus. José A. Pagola challenges the tired clichés with which Jesus is all too often arrayed and aims to ‘approximate’ Jesus with historical rigour and in simple language. He offers something of an antidote to more secular approaches to the historical Jesus, animated as he is by an unconcealed and passionate love of Christ.

Pagola’s starting point is the Galilean Jesus, who he claims would have known very little of the power of the Roman Empire and, in turn, would have been entirely insignificant to it. Pagola gives an excellent account of the Galilee that formed the background to Jesus’s life and teaching (though at one point he confuses Bethsaida with Caesarea Philippi), with particular descriptions of the modest villages of Nazareth and Capernaum. The importance of the latter in the life of Jesus, as a base for his itinerant preaching, invites us to notice that Jesus does not have to go into the desert to find God, for God was breaking into the lives of those on the edge of society to whom Jesus was preaching here. His concern is not with the urban elite but with the plight of the poor, a plight made worse by the perception of many of his contemporaries that ‘holiness’ was a matter of ‘separation’ from all possible sources of corruption. In his healings – on which, Pagola is clear, sources both hostile and friendly agree – what he does, remarkably, is to touch the untouchables. ‘God’s reign’, which he preaches, is nothing like the reign of earthly kings, but a world in which God was already present; in this context, miracles are not a magical formula to eradicate suffering, more a sign that God is at work.

Pagola has some very important insights to offer on Jesus’s relationships with women, his absolute rejection of any kind of vengeance and on the sheer unexpectedness (and attractiveness) of his teaching. He is more optimistic than many scholars about the possibility of getting ‘inside’ Jesus’s mind. In a very moving chapter on Jesus’ experience of God, Pagola makes a gallant attempt to reconstruct the religious education of this ‘faithful believer’ in the God of life, and the powerful religious experience that started off his prophetic teaching about a God who seeks to ‘humanise life’.

In chapter 12, Pagola addresses the all-important question of why Jesus died that horrible death; it was mainly, it would appear, because of the threat he posed in his later ministry to the Pax Romana. This chapter also contains a lovely account of the Last Supper, in which the author is quite honest about the difficulties of reconstructing ‘what actually happened’, while remaining entirely fair in his assessment of the various possibilities. He continues this approach in his discussion of the crucifixion, in which he is very good indeed on assessing what we can assert confidently about the death of Jesus, as well as providing a chilling account of the brutal reality of execution by crucifixion.

His treatment of the resurrection addresses the extraordinary fact that the (male) disciples had fled to Galilee and yet found themselves, only a few days later, back in Jerusalem, proclaiming that after all God had not abandoned Jesus. The disciples’ sense of the presence of Jesus with them was something new and from God; it was different from any other kind of human perception and yet they were clear that it was not an illusion. That is not to say that the gospel resurrection accounts are factual reports from which we can reconstruct the events of that first Easter Sunday; Pagola suggests that we should see them rather as ‘catechetical resources’, aimed at answering the all-important question, ‘Who was right – Jesus or his executioners?’ We should never miss the tone of astonished joy that you can still feel beneath the lines of the stories.

So what does all this say about who Jesus was? Pagola looks carefully at the four gospel presentations of Jesus and emphasises correctly that, certainly for the Fourth Evangelist, it was a matter of remembering Jesus in the light of the Resurrection. Similarly, for Pagola, the Resurrection gives a new meaning to the person whom those first disciples had known in Galilee, in whom they had felt that God had come close. This person is a figure no longer of the past, but of the present and the future. He gives an excellent account of the various titles that the first Christians tried, like so many theological ‘hats’, on Jesus, ‘to see what would fit’.

Pagola’s book is an admirable, contemporary attempt to put Jesus at the centre of Christianity and an invitation to Christians to convert to the reign of God – which entails having the poor and the marginalised in the foreground, living with compassion, accepting people as they are, being inclusive, taking up the Cross and trusting the Father. Not all scholars will agree with Pagola’s interpretation of every parable; but let me recommend to anyone who needs to preach on a parable that they look it up in this book.

Several useful appendices tackle what we can know confidently of the life of Jesus, how Catholic exegesis is done, what are our literary sources for the life of Jesus, the criteria for historicity, the current state of various areas of historical Jesus work and popular fiction, and a very useful chronology with a handy bibliography. The book as a whole is nicely presented by the publishers, with its footnotes where footnotes should be. The English translation is well done, even if it veers towards American rather than Eastern English. At times it has something of a Spanish flavour (speaking, for example, of ‘meters’ rather than ‘feet’); and, very irritatingly, the bibliography cites Spanish titles and references, even where there is an English equivalent, and Greek and Hebrew words are transcribed into Spanish rather than English. This lazy copy-editing spoils the feel of the book.

This is not, it must be stressed, an original piece of work, nor does it set out to be; but the author has read widely, in English and in German as well as his native tongue, and he is deeply involved in the text of the gospel. He has that precious gift of rereading a familiar text with illuminatingly fresh eyes, and ordinary readers will respond to that.

It is said that attempts have been made to get this book banned or burnt. Two comments suggest themselves. First, these attempts may well find their origin with the author’s literary agent, since such condemnation is a certain way of increasing the sales of a text. Secondly, those who seek to bring it under condemnation should study other work on the historical Jesus, and humbly admire Pagola’s passionate commitment to the Lord and his conviction that faith in Jesus should make a difference to the world.

The reviewer, Nicholas King SJ is a tutor in Biblical Studies at Campion Hall, University of Oxford.

This book is available in the UK and Ireland via Jesuit Missions. Details from [email protected]

Find this book on the Convivium Press web site

Respect, recognition and dialogue: the Church in the Amazon