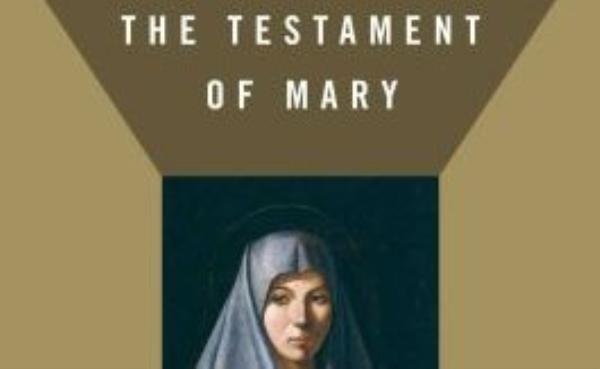 Every so often, a novel emerges out of an engagement with the New Testament. Such works are not usually historical novels in a Hilary Mantel fashion, largely because the nature of the engagement is often both less certain and wider in intent; however, they still have the potential to make an impact. This November, Naomi Alderman’s The Liars’ Gospel was the Book at Bedtime on BBC Radio 4, while 2010 saw the publication of Philip Pullman’s extraordinary The Good Man Jesus and the Scoundrel Christ. Colm Tóibín’s very short and fine novella is in this same tradition. It presents a first person narrative by the mother of Jesus situated in the aftermath of the crucifixion: ‘memory fills my body as much as blood and bones’ (p. 4).

Mary is not named. She can only refer to Jesus as ‘my son’, although Jesus’s disciples say he is the ‘Son of God’. She is badgered and pestered by two impatient and manipulative disciples to give her account of ‘what happened’, and they are angered when what she says does not accord with what they think she ought to say. In her eyes, her son’s disciples and followers are misfits with something missing, who do not mean what they say, ‘men who could not look a woman in the eye’ (p. 9). When they sit in the vacant chair of Mary’s dead and much-loved husband, she offers to knife them.

Mary is close to the young Jesus, sometimes disturbed by the adult Jesus (she cannot really speak to him about the surrounding and growing danger) and yet also senses something extraordinary about him. There was, she says, a ‘power’ which,

made me love him and seek to protect him even more than I did when he had no power. It was not that I saw through it or did not believe it. It was not that I saw him still as a child. No, I saw a power fixed and truly itself, formed. I saw something that seemed to have no history and to have come from nowhere, and I sought in my dreams and in my waking time to protect it and I felt an abiding love for it. (p. 54)

We are given flashbacks to the Sabbath cure at the Sheep Pool, to the wedding at Cana and to the raising of Lazarus, who weeps and howls after being brought back. Mary’s accounts of events are not consoling: ‘this great disturbance in the world made its way like creeping mist or dampness into the two or three rooms I inhabited’ (p. 56). And with numbing brutality, there is the crucifixion. Jesus’s supporters dig a hole for the cross (p. 75). They want him killed for their own salvation. The violent contagion on the hill brings to mind René Girard’s mimetic violence; this kind of scapegoating is not far from our present, blood-spattered world.

‘Unhinged’ (p. 94) by the crucifixion, where she watches and does nothing, Mary flees from the hill before the death of her son, a flight about which she is ill at ease. She dreams that things were otherwise – she stayed and Jesus is alive – yet prefers to keep day and night, what happened and what is dreamed, in their separate places (p. 93). That he is alive is, disturbingly, a dream identical to that dreamed by Mary, the sister of Lazarus. This, however, does not exhaust Mary’s testament. That her son dies for the salvation of all – the disciples’ testament – is unacceptable and provokes the protest, ‘it was not worth it’ (p.102). The brutality of crucifixion and the impossible place in which Mary finds herself also causes her to lament: ‘I want what happened not to have happened’ (p 103). Mary is taken away, somewhat incompetently, by the disciples to Ephesus, where she finds some solace in ‘another Temple’, that of Artemis, better known in Acts as Diana of the Ephesians, whose statue radiates ‘abidance and bounty’ (p.13). There she finds some steadying of her last years. Meanwhile, Jesus’s disciples grow more competent.

The writing is taut and dense, but spacious enough to hold the reader expectantly in place. There is an oddity in that the very few words we get from Jesus (and indeed Pilate) are archaic, full of ‘thees’ and ‘wilts’, which are remote from Mary’s strong expressiveness. But otherwise the language is tellingly evocative and exact. Dark images abound: the Strangler, the man who feeds live rabbits to a caged hawk, the stone carvings of death.

For me, Tóibín’s novel raised two connected points about imagination. Does the imagination of a novelist relate to the use of imagination in praying the scriptures? The activities are clearly not the same (the public use of public language is one difference) but they are not separate. Someone praying the passion narratives in the gospels might respond in ways that resonate with Tóibín’s Mary. There is a careful truthfulness to experience which fits. The second point concerns the connection between Jesus’s crucifixion and the salvation of all. There is a quite particular way of thinking about redemption, a widespread soteriology or attempt to make sense of Jesus’s death, which is represented by the disciples’ grip on the necessity of Jesus’s death for the emergence of a new world order. Such a way of thinking, however, is not mandatory. Tóibín’s book can be taken not simply as a caution against such thinking, but as a sharp-edged incentive to think – and imagine – well. We all suffer when ‘doctrine’ is divorced from narrative.