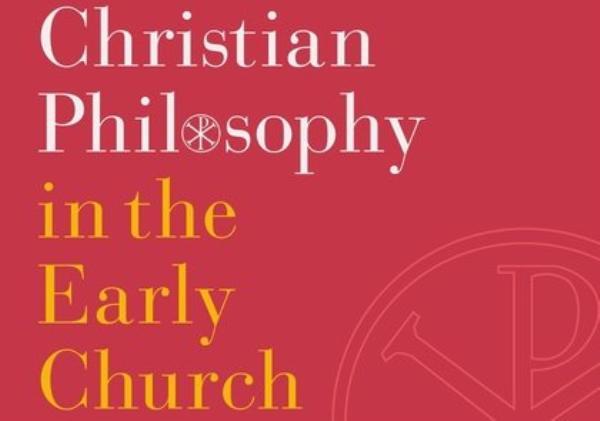 Anthony Meredith sets out his task, its limitations and challenges in a lengthy epilogue, where he equips the reader with most of the necessary background and confidence to begin pondering the foremost and fundamental problems for Christianity in its fledgling state. How could Christian theology respond to and integrate with Graeco-Roman classical philosophy? Was such interaction legitimate or correct? And could it be achieved without distorting the Christian message and biblical understanding of Christ?

Our investigation leads us to conclude that Christianity does benefit from philosophy but – as Meredith demonstrates – some schools of thought are able to provide more substance than others. This conclusion in itself is not necessarily mind-blowing but what is compelling about Anthony Meredith’s work and inferences is the way in which he presents information, and the volume of trust he is subsequently able to inspire in the reader.

In tackling his questions, Meredith focuses on the writings of Justin Martyr, Origen, Plato, Aristotle and Augustine, providing concise and engaging surveys of these giants of Christian theory and philosophy. The text itself is split up into bite-size chunks within its big themes. This is handy for those wanting to simply dip in and out of different aspects of the debate, and it also serves to put the less informed reader at ease. That is not to say that the subject matter is not difficult, and the reader would be advised to have a basic working knowledge of these themes – or access to a couple of volumes of The Cambridge Ancient History!

Unsurprisingly, it is once you have mastered the basics that this book really comes alive. The way the text has been crafted is fastidious, not a word is out of place. One imagines this is a topic where the reader might easily begin to feel isolated or out of their depth; having previously had such an experience with other books on the same subject, I was surprised that this did not happen - and a little irritated that I did not have access to this book as an undergraduate! Other authors have tried and failed to cover this topic without losing the reader to an excessive display of intellect and knowledge, or to sweeping generalisations which only serve to undermine the impact of message. Anthony Meredith’s message is focused, and he guides the reader through the maze of ancient philosophy articulately, with clarity and – every now and then – a wry smile.

Afra Morris studied Classical Archaeology and Ancient History at Keble College, Oxford, specialising in Byzantium and the early Church. She is currently a freelance writer living in London.