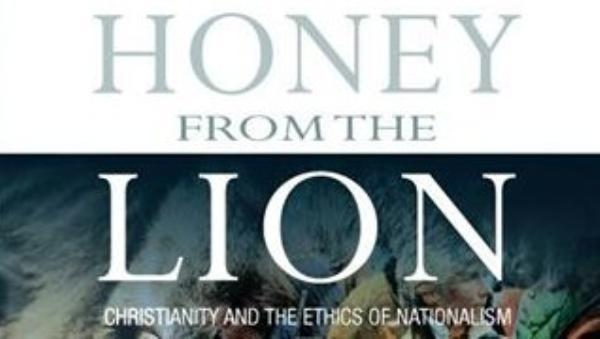 ‘A society united by a delusion about its ancestry and a common hatred of its neighbours’ was the gloomy Dean Inge’s definition of a nation. And nationalism as an ideology has often been viewed by Christians with suspicion or hostility. Dr Doug Gay, Church of Scotland minister and longtime Scottish Nationalist, tries in this book to rehabilitate nationalism in Christian eyes and propose what sort of country an independent Scotland should be.

The objection to nationalism is easily stated: it works by defining who is one of us (not for nothing does the name Sinn Féin mean ‘we ourselves’) and therefore who is not. To that second set of people we owe lesser obligations; they are not ‘neighbours’ in the same sense as our compatriots. From this distinction, consequences follow. Today, for example, in the European Union German or British taxes do not support Greek pensions or public services, because Greeks do not share our nationality. Worse, nationalism can lead to wars of conquest or secession: maybe Western Europe has at last left those behind, but we do not have to look at all far beyond our borders to see them today.

As a Scottish Nationalist, Dr Gay is sensitive to these charges from fellow Christians. He argues first that nationalism should be seen as normal: most places have national boundaries and functioning nation states. The world cannot simply be one great cosmopolitan society, and national identities provide valuable diversity, as well as legitimacy to systems of government. He contrasts the positive view taken of nationalism in the context of decolonisation, and the banality of established nation states, to the negative view which can be taken of movements like Scottish nationalism.

His argument is that nationalisms, individually, should be tested to see if they lead to good outcomes for society, and sets out his own views as to what the tests should be. Naturally he begins with the biblical nation of Israel, acknowledging – but not really dealing with – the fact that it was born in war and territorial conquest, and honed its identity in response to being conquered in its turn itself. He rejects ethnic nationalism and values the analysis of Catholic Social Teaching, with its emphasis on what society is for and its assertion that economics are subsidiary to wider social and ultimately theological goals. As someone committed to the reformed tradition, he thinks that our society lacks the disciplines that were important to reformers like Calvin and that we might have avoided some of the excesses of the banking boom had this not been the case. He understands that Christianity can no longer hope to form Christian nations, and sees a neglected strength in the views of various Anabaptists, whose witness is to provide different, perhaps separate, ways of life and doing business.

From these general reflections, he moves on to some very specific thoughts about Scotland, and what sort of a country an independent Scotland might be: a left of centre, communitarian, nuclear-free, equal society.

The argument that not all nationalisms are automatically bad has to be accepted. People do have a sense of identity, and will revolt against conquests and empire. And, on a day-to-day basis, stable nation states work and can even learn to cooperate with one another, with resultant peace and prosperity. Scottish nationalism, to its credit, has worked hard to be inclusive, based on place and not ethnicity. There are much worse nationalisms around.

Where the book fails, however, is in illuminating the political debate to which the author is clearly deeply committed and the choice which faces the Scottish people later this year. Whatever a nation is, Scotland is one. No one is in any real doubt about that. The question is not whether it should be a nation, but whether it should set up a separate state or remain part of an existing multinational state.

Nothing in the author’s analysis of nationalism, nor his reflections on what makes a good society, really addresses this question: are we more likely to see such a society if Scotland has all its own state institutions, or are there benefits in sharing some of them with the other nations on this island? The second half of the book sets out a commonplace left argument for a separate Scottish state – Scotland is basically a socialist place, uncomfortably yoked to a country which has powerful conservatives and, worse still, a growing UKIP. An independent Scotland could be a Nordic, or even more communitarian, place.

Unfortunately for this argument, and despite Scotland's antipathy to the Tory party, Scottish public attitudes are not that much different from English. UKIP is an English nationalist party and makes no progress in Scotland because we already have our own nationalists. Rather too much Scottish energy of the left has been diverted into a cul-de-sac: arguing about the geographical allocation of power, for want of a compelling and persuasive argument that persuades people to use it to create a better society.

Much of this book is not an easy read. The summary of the (often obscure) analysis of nationalism is pretty hard going, certainly for readers who have not been immersed in Scottish nationalism’s interminable internal conversations. The author wryly congratulates any non-theologians who have stuck the theological course to the end. Dr Gay is a lecturer in practical theology, and the lay reader might wonder just how obscure the impractical stuff might be. This is a shame, because the author can write engagingly when he wants to.

Nevertheless, this is an honest, indeed earnest, book. The author is no political hack, but someone trying to make sense of two dominant themes in his life, and to reconcile them as best he can, in good faith.

As a practical theologian, he sees the need to bring the insights of Christian faith to questions of public policy, and constitution-building is one of the hardest of them. He is right to have tried, and others in the Church should try too. Perhaps the critical insight of Catholic Social Teaching is that structures of government are means, not ends: the risk for many nationalists is that creating the machinery of a separate state becomes an end in itself.

The reviewer, Jim Gallagher holds a Fellowship at Nuffield College, Oxford and is a visiting professor in the Glasgow University School of Law. He was formerly Director General for Devolution in the Prime Minister's Office and Ministry of Justice.