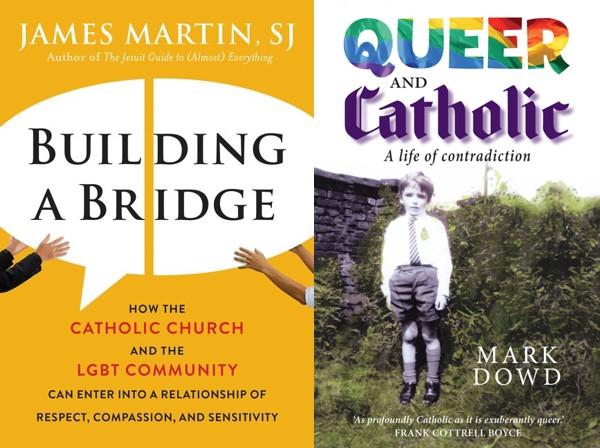 Holy FatherWe need to talkI have a secretThat I can’t keepI’m not the boy thatYou thought you wantedPlease don’t get angryHave faith in me (Sam Smith, ‘HIM’ from The Thrill of it All)

A key quality of Pope Francis’ papacy is his stress on discernment about our particular, concrete lives in the context of God’s abounding mercy: ‘Discernment must help to find possible ways of responding to God and growing in the midst of limits.’[i] He contrasts this to, ‘an attitude that would solve everything by applying general rules or deriving undue conclusions from particular theological considerations.’[ii] Francis’ pastoral approach is not his own off-the-cuff invention, but is rooted equally in the documents and whole process of the Second Vatican Council, on the one hand, and the insights and experience of the Spiritual Exercises of St Ignatius Loyola, on the other. And, as we have been reminded in recent weeks, it reaches back faithfully to St Thomas Aquinas and the Summa Theologica, for so long held up as the definitive and authoritative formulation of Catholic theology.

Such a pastoral approach requires us to listen – to the echoes of the working of the Holy Spirit in our own lives, but also to what the Spirit is saying in and through the lives of God’s holy people. This has very simple and practical implications for us all: if I am to hear what your life is saying about the workings of the Spirit, I have to be close enough to listen. That might require that I step out of my archiepiscopal palace, climb onto a local bus and walk the streets of the barrio or neighbourhood where people celebrate the presence of the Risen Lord. It will certainly require that I make the more difficult journey away from attitudes and understandings that have left me able only to speak, and towards a way of experiencing Church that enables me truly to listen. Only in this way can I hear the Word as it is spoken in the lives of those who, like me, are attempting to respond to the Gospel in the complexity of real life. That journey is one that I cannot make alone: the needed transformation of mind and heart requires the experience of sharing in life, and that can be a scary process, especially if I am asked to come close enough to hear God’s word in places where, up until now, I have been sure that it is not spoken.

These two books can, in different ways, help me listen to God speaking in the lives of people who may appear to be very different from myself. In the areas of our living addressed by these books, that apparent difference may seem to be rooted in their sexual orientation or in their theological stance. Depending on my perspective, my concern may be that ‘they’ are not living according to the teachings of the Church, or that ‘they’ cannot recognise graced relationships that do not fit neatly into the norm.

The publication in 2017 of Building a Bridge by Fr James Martin SJ was accompanied by an extraordinary amount of ‘noise’ among some members of the Church, little if any of which was relevant to the actual content of the book. Invitations to speak were withdrawn, ‘anathemas’ were issued, and the orthodoxy and moral probity of the author were not so much questioned as judged-and-condemned.

The only reason for mentioning this passing firestorm (other than to note how a few well-orchestrated voices of unreasoned hostility can attempt to imitate a consensus of thought-out and ‘faithful’ criticism), is to contrast it with the content of the book itself. Building a Bridge contains an essay and some suggestions for scripture-based prayer. The essay is an expansion of a lecture Fr Martin gave on the occasion of receiving the ‘Bridge Building Award’ from New Ways Ministry, a group that ministers to and advocates for LGBT Catholics.

In the Catechism of the Catholic Church, respect, compassion and sensitivity are listed as the hallmarks of how Catholics should respond to their LGBT brothers and sisters.[iii] Fr Martin takes each of these three qualities in turn, reflecting on how those in positions of service and leadership in the Church can and should embody them in their teaching and practice with regard to LGBT Catholics. He then reflects on how LGBT Catholics can and should embody each of these same three qualities in how they respond to the teaching and practice of church leaders.

In offering scripture passages for prayer, and suggesting reflection questions to help his readers approach these passages fruitfully, Fr Martin makes available to his readers a time-honoured resource in the Ignatian tradition. He is creating space for the Holy Spirit to help me learn (whoever I might be and wherever I might find myself in the Church) how and where I see the Spirit at work in the complexities of the Church and its proclaiming of the Gospel.

My guess is that Mark Dowd’s Queer and Catholic will attract a similar range of responses. Where James Martin has stepped carefully through territories marked by the detritus of religious and moral culture wars, Mark Dowd talks us in relaxed fashion through a different landscape and a different journey, the journey of a gay man in his fifties who is an utterly committed Catholic. This is not a formal autobiography written by a scholar in reflective mood, but a memoir written by a highly gifted journalist: Matthew Parris characterises its style perfectly when he says that, ‘it feels like correspondence from an old friend.’

By the time Mark Dowd had shared something of his childhood experience – from the near-impossibility of recognising his own emotional and sexual attractions in a Catholic working-class family in the north of England, via getting hauled off to the doctor’s by his shocked parents, to the moment when he ‘experienced love as grace, as gift from without  … a delicious and rare glimpse of infinity’ – this ‘old friend’ had become someone to whom I, for one, wanted to keep listening. He is truthful, vulnerable and witty, prone to falling in love and always listening to where God is speaking in his life. After taking us through his university years and his brief time as a Dominican, he continues sharing with us not only the subsequent shaping of his career as an award-winning broadcast journalist, but also the pains as well as the ecstasies of the shaping of his heart. The story of his relationship with his parents runs through the whole of the book as a multi-coloured thread of concerns and anxieties and support and acceptance and the near-impossibility of an adequate expression of the deep affection he and his father had for each other. I challenge any reader not to be moved by this, just as I challenge the reader not to be charmed by his widowed mother’s plunging wholeheartedly and joyfully into support of, and participation in, his work in Quest.

In one way, that this is the story of how a gay person has been shaped by God’s grace in his life is almost secondary. An equivalent story of fidelity and infidelity to the Gospel, of struggling but always deepening commitment, could have been told by a straight person, because the particular truths of Dowd’s own story both tell us how God has worked in him and point to the shared-but-particular truths of how God works in each of us.

But, of course, in our current context, it has been and still can be difficult or impossible for LGBT people to experience the accepting support of the church community, in prayer and the sharing of experience, in liturgy and the celebration of life’s milestones. The pain and the puzzlement of that surface in Dowd’s story, along with encounters with the positive and wise church members and leaders who have been part of his life.

In this church context, that the truth-filled story of a gay man can be read as a memoir of grace is itself a challenging statement, and one that not everyone will be willing or able to accept.

And that brings us back to James Martin’s Building a Bridge and the need for us to listen to each other with respect, compassion and sensitivity. If we need an articulate ‘LGBT voice’ to which to listen, they don’t come much more articulate than Mark Dowd. But truly to listen to such a voice, we need to do so with respect and compassion and sensitivity: only in that way will we be able to hear and recognise the always-surprising workings of God.

The lines at the head of this piece are by the gay, Catholic-born singer-songwriter, Sam Smith. His recent album, The Thrill of it All, spells out, in a different medium, the struggle and the suffering that results when we, the community of the Church, in all the variety of what Mark Dowd has called ‘God’s differently designed people’, hold back from this urgent task of learning to listen.

The reviewer, Brendan Callaghan SJ, is a chaplain to the Manchester Universities.

Catholic Bioethics for a New Millennium

Stepping Stones to Other Religions: A Christian Theology of Inter-Religious Dialogue

Daniel Berrigan SJ: Going back to the poetry
The Book of Revelation: Six homilies for Easter
Our freedom and God’s praise and glory
Partners in mission
Fr Francis Xavier SJ