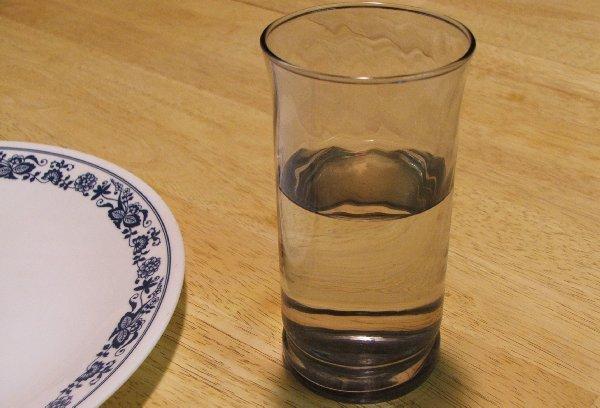 We may be nearing the end of Lent, but we can still make time and space to reflect on how this season can prepare us for Easter. Nicholas King SJ uses the references to fasting in the New Testament to put this particular Lenten observance into perspective. ‘The strength of fasting is that, if we get it right, it turns us in the direction of God.’

We are rapidly approaching the end of Lent, with the combination of guilt and enthusiasm that this can bring. However, it is not too late to think about what to do by way of preparation for Easter. The prayers at Mass throughout Lent are determined to jar our complacencies with their seemingly unending references to the austerity of our fasting; and somehow the word ‘fasting’ never seems quite to fit the rather ungenerous deprivations that we take on, never mind the embarrassment that we experience when we fail. I remember giving up smoking, year after year, and lasting until about midday on Ash Wednesday. Or there was that catastrophic year, well over 40 years ago now, when I had got through until the first Sunday, and someone pointed out to me that Sunday does not really count for the Lenten fast; in consequence I smoked all that day, then decided that ‘Sunday’ really meant the weekend, so I included Saturday and Friday evening, to which it became natural to add Monday, Thursday and Tuesday…

Alternatively, there is the risk that we succumb to a Pharisaic complacency if we succeed. ‘I thank, thee, Lord, that I am not like this tax-collector here…’ (Luke 18:11).

To set these anxieties in context, it seems a good idea to reflect on what the New Testament says about fasting. And if you are talking about the New Testament, then you must always start with the Old Testament. Sometimes in the Old Testament, fasting is a sign of mourning, as at 2 Samuel 1:12, where David and his band of dropouts fast in response to the death of Saul and his son Jonathan. We should notice, by the way, that Saul’s death has removed the threat from David’s head; nevertheless it seems proper, in these circumstances, that he should express grief by abstaining from food.

Another reason for fasting, also from the David story, is to ask God for something (2 Samuel 12:13-24). The prophet Nathan has told David that, as his punishment for the adultery with Bathsheba and the murder of Uriah, David’s child is going to die. So David fasts and prays in sackcloth, asking God to spare the child’s life. When the child dies, however, after all his praying and fasting, David gets up, washes and anoints himself, and takes food, to the astonishment of his servants,. Something of the sort also goes on at Ezra 8:21 (fasting for a safe journey).

Yet another reason for fasting in the Old Testament is the recognition that people have sinned; Baruch 1:5 is an example of this, as are Nehemiah 1:4 and 9:1-37, and Daniel 9:3. One challenge to us here is the sense of corporate solidarity that is evident in this fasting; our tendency is rather more towards the self-centred: ‘I need to lose weight, so I shall give up alcohol or chocolate for Lent’. We are perhaps nearer the mark when we join in a day of fasting for a particular charitable cause.

When you look to the New Testament, it is rather striking that fasting is not very much mentioned. This is, I suspect, because resurrection is at the heart of the New Testament, the very foundation of all Christian faith. If God has finally intervened on behalf of his people in Jesus’s resurrection from the dead, then all those other reasons – mourning, petition and repentance – have lost their urgency.

The word ‘fast’ is used, however, and it is interesting to see what the New Testament says about it. There is an episode early in Mark’s Gospel (Mark 2:18-22), which is found also in Matthew (9:14-17) and Luke (5:33-39). It is an odd story; according to all three evangelists, with small variations, Jesus is attacked by good, religious people, shocked at the lack of religious observance on the part of Jesus and his motley group.  Mark tells us that Jesus – having just been accused of eating with disreputable people immediately after the call of Levi – is questioned from two different directions, namely the disciples of John the Baptist and the Pharisees, about why his disciples do not fast. Luke follows Mark’s account, although the group with whom Jesus is in controversy is the ‘Pharisees and scribes’.  Matthew’s version is slightly different again, in that the question is raised only by John the Baptist’s disciples, and not by the Pharisees, but that may be simply saving ink.

In all three accounts, the answer that Jesus’s accusers get to their original question is in terms of a ‘wedding-feast’, a favourite image in the New Testament for the new dispensation that Jesus has inaugurated.  The episode leads into the parable about not putting ‘an unshrunk patch onto an old garment’, and about putting new wine into new flasks. This is then followed, in Mark and Luke, by the story of Jesus’s disciples breaking the Sabbath by plucking ears of corn, which provokes the memorable response from Jesus that, ‘the Son of Man is Lord of the Sabbath also’. So the point is that the serious-minded, religious people (‘sourpusses’, in Pope Francis’ happy phrase) have got it wrong, and failed to appreciate the radical novelty of Jesus. In Matthew, the parables are followed by briefer versions of two Marcan stories: the ruler whose daughter has just died and the woman with the haemorrhage. In both cases, Jesus easily heals what is amiss; once again, therefore, the point is that Jesus is something completely different, and that therefore fasting is not an appropriate response to him. One, perhaps important, difference in Matthew is that instead of ‘fast’ the verb is changed once to ‘mourn’; and all three accounts recognise that there will come a time when it will be appropriate to fast, namely when Jesus, seen as ‘the bridegroom’, is ‘taken away from them’.

So the New Testament does not precisely outlaw fasting, though that is not where its main emphasis lies. For the heart of the New Testament is the resurrection of Jesus, not his crucifixion. On the other hand, the Synoptic gospels are agreed on having Jesus fast for forty days in preparation for his mission (Matthew 4:2 and parallels), and that speaks profoundly to something deep in us. It is often called ‘delayed gratification’, and may simply have some prophetic value in our culture of instant gratification and excessive consumption. There is also at least one New Testament instance where fasting denotes a sense of solemnity. That is at Acts 13:3, where the ‘prophets and teachers’ of the Church in Antioch fast and pray before, at God’s instruction, laying hands on Paul and Barnabas in order to commission them for ‘the work which I have called upon them’. (In this context, you may like to think of Pope Francis’s spectacularly successful invitation to people to fast for peace in Syria).

Here, at last, we may be coming to the point of fasting. The danger, obviously, is that it becomes self-absorbed: will I be able to get into those jeans come Easter Sunday? Can I make it through to Easter without gin? Will people notice that I have not touched chocolate since Ash Wednesday, or am I to tell them? The strength of fasting is that, if we get it right, it turns us in the direction of God. You might think of Paul’s animadversions (Philippians 3:18-19) on the ‘enemies of the cross of Christ’ of whom he says that ‘their god is the belly’. The point here is that we remain permanently in danger of drifting into putting that at the centre of our lives which is not God, and some kind of postponement (or even cancellation) of satisfaction can be a powerful statement of who and what our God really is; the point is that any alternative ‘god’ that we place as the focus of our lives will be at best unsatisfying and at worst utterly destructive.

So to our final New Testament passage, Matthew 6:16-18. It comes right at the centre of the Sermon on the Mount, Matthew’s greatest gift to us. Matthew starts chapter 6 by having Jesus invite us to reflect on how to manage the three pillars of Jewish religious practice, namely almsgiving, prayer, and fasting. During Lent it will do us no harm if we increase our devotion to these three activities, as a way of making space for God in our lives; but here the point is to notice what Jesus says about them. The basic line is that we are to do it unobtrusively, so that only ‘your Father in heaven’ sees it, not having it ‘trumpeted’ before us, nor doing it ‘in church and on the street corners’, and, for fasting, not doing it ‘like actors, with long faces, so that people know you are fasting’. For if the only point of our fasting is to attract the attention of others, then that is our god; and the attention of others will always turn out to be unpredictable and unreliable. So the gospel of Ash Wednesday, with which we began our Lenten journey, advised us to fast with our heads anointed and our faces washed. I leave the reader to work out what is your equivalent of this, but simply ask: how many people know what you are doing for Lent this year? The heart of the matter is not the admiration of others (though sometimes that can help keep us going right to the end), but that by the time of the Easter vigil we shall have increased the space for God at the heart of our lives. That is what Jesus invites from us; that is what alone will make sense of our lives and give them the happiness that we crave.

To the Saints in Rome

St Paul and the Olympic Games