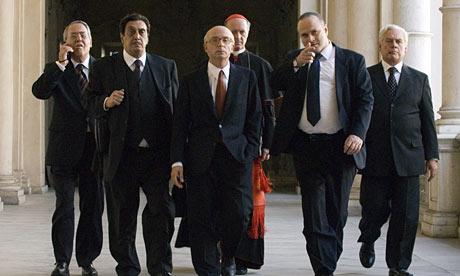 Imagine you are stopped in the street by a researcher conducting an opinion poll:  they ask you if you think politicians can be trusted.  How would you answer?  According to Mori,[1] in 2003 a mere 1% of the UK population was willing to trust them a great deal, and one in five (19%) said they would not trust politicians at all. Only a quarter would trust their elected officials a great deal or a fair amount.

An organisation like ‘Transparency International UK’ (the self-styled ‘coalition against corruption’) can state simultaneously that the UK is perceived to have a low level of political corruption, but that British political parties are seen to be our most corrupt institutions.[2] Despite the odd excruciating incident – such as the Home Secretary’s recent discovery of her husband’s late-night viewing habits (check the bills, ladies) – the vast majority of British politicians do not accept bribes, are honest and work hard for their constituents.  Allegations and mud-slinging corrode the whole polity, to which we all should be committed, so we should be careful about pointing fingers (like Jesus said, incidentally).

Of course, the British have their murky moments:  allegations of co-incidental relationships between the awards of peerages and donations to political parties, the 1970s Newcastle scandals of T Dan Smith and our other ‘friends in the North,’ the final days of Mr Wilson’s premiership – not to mention Arms to Iraq, and indeed the forthcoming inquiry about our recent adventures there.  But watching a film like Il Divo is a useful reminder that corruption is a big word. And that corruption can become very big. Very big.

Giulio Andreotti governed Italy seven times between 1972 and 1992.  He was brought down in the comprehensive set of scandals that linked the political system of bribes with right-wing conspiracies and allegations of links to the Mafia.  I said it could get big.

So, appropriately enough, Il Divo begins with his confession:  on the morning he is due to take office for the seventh and last time, Andreotti cannot sleep, so stalks round to the local church, and asks to confess that he is ‘a sinner’. ‘How many times today?’ asks the priest. ‘Seven’.  Seven?  Ah yes, ‘Seven times prime minister.’ The implication conveyed by this imagined witticism of Mr Andreotti is that simply to be prime minister is to be a sinner.  Because we are all sinners?  Because to govern is to involve yourself in the murkiness of ambiguous motive and the demands of action?  Because the ends justify the means?

From then begins a two-hour dance macabreto Teho Teardo’s glorious electronica soundtrack, around and through the city of scandal and evasive truth that Andreotti is alleged to have helped to build.  And it is a masterfully choreographed dance. There is a balletic quality to the mise-en-scène, in which the marbled palazzos of the Italian government are stalked by metallic and Amazonian women, straight out of Helmut Newton, and through which glides the cadaverous Mr Andreotti himself.

The mise-en-scène is only one element in some virtuoso cinematography, which uses most of the tricks in the book, brilliantly deploying the language of film to convey the narrative argument.  Allegations are not made, images are simply created and implications made: most memorably, the juxtaposition of a Ben Hur-like horse race with the gathering crescendo of a mobster assassination.  Nothing is said, but we get the point.  Even the captions (necessary given such a complex political history) are witty and contribute to the visual quality and meaning of the piece: they are spat out of the mouth of a victim of poisoning, or swing from under Blackfriars Bridge along with the cooling corpse of Roberto Calvi.

Readers of Thinking Faith will be glad to know that religion is central to this piece, not only in the possibly under-developed framing-device of Andreotti’s confession, but in the righteous rage of the Archbishop of Palermo, condemning Mafia violence, and (less agreeably) in the quietism or commendation of the Vatican – a Vatican that is represented to have connived with political acivitism on the right, at the time they were condemning and acting against Liberation Theology and activism on the left.  The ethics of religious action are thus a central element to the film, in its attempt to penetrate Andreotti’s conscience.

At one level, the Andreotti of this film is a devil:  Tony Servillo’s stunning performance as Andreotti presents the man as a demon.  His physicalisation references Max Schrek’s iconic Nosferatu, The Vampyr, with his stooping, almost inanimate mien, deathlike gaze and preying hands.  But Sorrentino is sophisticated enough to see that in this political life at least, the hands that prey are also the hands that pray, and his film is darkly fascinated by the choices that Andreotti made.  Political leaders during the cold war had awesome responsibilities, and the Stalinist system that threatened Italy was ruthless and utterly un-democratic.  In such circumstances how far should democrats go in bending the rules to preserve the state of things?

It is a question that is still relevant, and certainly in Britain.

The strange thing – one of the elements in the enigma that Sorrentino sees in Andreotti – is that by the mid 80s the world had changed: the Soviet hoard no longer threatened, and Erico Berlinguer had led the Communist Party of Italy through its famous ‘historical compromise,’ finally declaring that ‘the progressive force of the October Revolution had been exhausted’.  But habits, relationships and alliances had been formed, proving so difficult to break that their exposure brought down the government, the political system and the constitution of the Republic itself.  Andreotti was the hero who defended the first Italian Republic to its death, and whose defence of it appears to have been part of the cause of its demise.

[1] Roger Mortimore for IPSOS MORI, ‘Where have all the voters gone?’, http://www.ipsos-mori.com/content/where-have-all-the-voters-gone.ashx#note