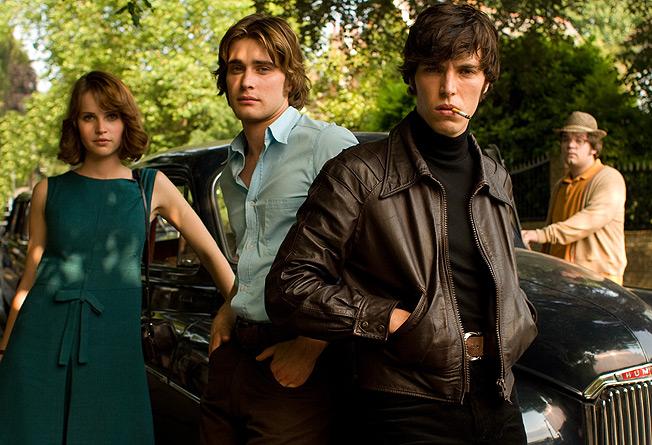 
On the morning of 28 April, Today, the UK’s agenda-setting radio news programme, ran a short article about Bath. The five minute piece (part of the coverage of issues around the British General Election) looked at contrasts between the city in the 1970s and now. Readers of Thinking Faith will be aware of the eighteenth century history of Bath, of its squares, crescents and elegant bridges, of the spas and the subscription concerts. What might surprise readers is a reminder that up until the 1980s, Bath supported a significant industrial sector, including a major crane-manufacturing firm.

What emerges from this vignette is perhaps a more subtle and nuanced image of industrial England than we might have now. Before the collapse of the British manufacturing sector in the 1980s, picture postcard towns often had a couple of medium-sized tool-making or engineering firms, and in streets now packed with tourists and tea rooms walked men with dirt and grease on their hands.

This is part of the vision of England in the 1970s that is offered to us in Cemetery Junction. The fuller vision is slightly stranger and yet oddly beguiling. The film opens with Ralph Vaughan Williams on the sound-track and an establishing shot of a cosy English village nestling in the valley straight from a WWII propaganda poster or a BNP party political broadcast. So there’s a brief moment when the audience might be thinking ‘where is this going? This isn’t my memory of 1973’ – but the music turns out to be on an LP in one of the protagonists’ bedrooms as he tries to ‘better himself’ on his first day as a trainee insurance salesman (a job he realises is not for him). His mates burst into the bedroom and with a sigh of relief all round, Elton John’s back on the turntable along with standard shots of rumbustious youth strutting their stuff through their squeaky-clean town.

Other clichés of Britishness seem to have been drawn into the film – some for respect, others for contempt. Again borrowing from the era of the 1940s, the station teashop seems an hommage to Brief Encounter, though it seems staffed by the residents of Royston Vasey[1] – what better vision could there be of post-modern Britain? Then there are the shots in the local engineering firm where Ricky Gervais’s character works, the images of men working with lathes and steel seemingly inspired by Dame Laura Knight’s realist paintings (of women) of the 1940s, and there is love in the eye of the camera here, as it lingers on the hands, the metal, the moving machines.

These images of ‘working men’ bring to the surface some of the ironies in this film. Footage made now of men in machine-shops in the 1970s, will be laced with something more poignant and angry than merely ‘a loving recreation of the period’. Viewers know what happened in the ‘80s, and for those with any politics there is space for empathy for the working men whose livelihoods and culture will be destroyed, or possibly some of the contempt and fear that a young person offered a lifetime of grinding might have felt: contempt for the narrowness of vision, fear at being sucked in.

So it is that the view of the 1970s offered in Cemetery Junction floats cleverly between nostalgia and critique. These ironies (including the one that Vaughan Williams was a lifelong socialist and a progressive in his music), are numerous and slippery in this piece, as we should expect with anything in which Ricky Gervais has had a significant rôle. So the flippant homophobic comments of the three protagonists, the casual misogyny, and the sense that the sexual liberation of the 1960s was a liberation of men, are of course offered for us to laugh at, with the distance of historical irony.

But the core of the film is about the choices that young people have to make. Freddy, Bruce and Snork are in their late teens, they spend their days working and the weekends ‘shagging, boozing, fighting’ – can there be more to life? Freddy has to decide whether to stay in Cemetery Junction or to go. Bruce has to work out what he’s angry about, and Snork has to decide whether women are just (unattainable) ‘muff’ or real people who can love and be loved. Julie has to decide whether she’s going to do what her domineering father wants her to do (marry, have children), or follow her soul and become a photographer. The film looks at these moments of choice, when each has to decide about relationships and the future, and whether their lives will be spent in Cemetery Junction, or elsewhere.

A couple of words about performance: Tom Hughes, as Bruce Pearson, is fabulous. He offers us not only Bruce’s anger, but his charm, his fear, his self-contempt and his fragility – and his dancing is sinuous, vibrant, sexy. The sub-plot of his relationship with his father is sensitively and convincingly handled, as is Emily Watson’s Mrs Kendrick (she has no personal name) – this reviewer was reduced to tears by her story.

If you are in any way a railway enthusiast or have any awareness of design history in the period 1945-1980, you might find the scenes at the railway station difficult to bear: they are obviously filmed on location at a heritage railway with rolling stock from the 1940s and 50s, the lettering is wrong, the liveries are wrong – the whole place is just not as convincingly ‘seventies’ as Julie’s wallpaper. In addition to the railway scenes seeming a bit of a simulacrum of everything-we-could-find-that’s-older-than-house-music, the vintage cars are very, very shiny and add to the slightly squeaky-clean vision of 1973 that the film offers, and a sense that in places the numerous layers of irony in the piece become difficult to decode.

On the whole, however, Cemetery Junction is a sensitive and insightful film with elements of inconsistency that don’t interrupt some great acting and thought-provoking moments.

[1] Royston Veysey (the real name of British working-class comedian Roy ‘Chubby’ Brown) is the fictional village in the cult BBC television series League of Gentlemen, made famous by the village shop, which was, as the proprietor frequently remarked, ‘a local shop, for local people’.