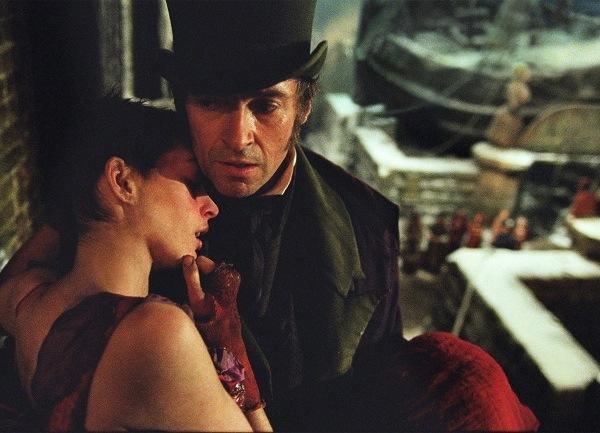 
Les Misérables is an epic tale of redemption, love and courage, played out against the backdrop of post-revolutionary France. Based on the Cameron Mackintosh stage musical of Victor Hugo’s expansive novel, the story tracks the fortunes of Jean Valjean (Hugh Jackman), a released prisoner who breaks his parole and forges a new life for himself, despite the dogged attentions of Inspector Javert (Russell Crowe). Valjean’s fate is intertwined with that of Fantine (Anne Hathaway), a single mother cast out of her job in one of his factories and forced into prostitution to earn money for her child, Cosette. Later, with Valjean raising the child as his own, a love triangle develops between the older Cosette (Amanda Seyfried), Marius (Eddie Redmayne) and Éponine (Samantha Barks), with events coming to a head during the 1832 June uprisings.

Since its debut on the West End in 1985, Les Misérables has become a runaway success, playing to packed theatres for almost 30 years. I remember seeing the show in the mid 90s and being enthralled with the drama and the spectacle of it all, set as it is against a wonderfully vivid period of French history. Colm Wilkinson played the role of Valjean that day (a role he originated back in 1985), and in Tom Hooper’s film adaptation he cameos as the bishop who takes in Valjean at the start of the film. Seeing him in this minor role, you cannot help feeling that Hugh Jackman, for all the passion that he shows, is ever so slightly out of his depth as the lead character. His singing voice, robust when not challenged, struggles in the higher ranges, most notably in the difficult ‘Bring Him Home’. And that is the crux of the matter for me – when watching a musical, it is the singing that really should stand out.

There are several moments in this film in which the singing really does stand out – for example, the triumphant ensemble of ‘One Day More’ and Samantha Barks’ fine rendition of ‘On My Own’. And yes, there is that song. Cheapened by years of poor imitation, Anne Hathaway claims the iconic ‘I Dreamed a Dream’ for her own. Despairing at the depths her life has sunk to, she adds a feral sense of desperation to the song. It is an utterly captivating performance, and one that vindicates Hooper’s innovative decision to have his actors perform their songs live on set.

Allied to this, however, Hooper’s decision to film the majority of the performances in close-up seems a retrograde step. Afforded the opportunity to lose the restrictions of the set and the stage, one would expect the film to revel in the open spaces of Paris and the vast historical scope of the story. On the contrary, the film instills an almost claustrophobic feeling, with little sense of space or grandeur. When he explores beyond these limits, most successfully in the grand opening scene where a warship is pulled to shore by a chain gang of convicts, the film soars.

The structure of the film is problematic, too. After the heights of ‘I Dreamed a Dream’, the film struggles to regain its foothold: the middle section of the film and the romance between Marius and Cosette is never fully engaging, called into further relief by the rousing finale. Having the actors sing almost all of their lines also leads to a tedium of sorts, with many of the songs running into the next without any clear definition. Thank heavens, then, for Sacha Baron Cohen and Helena Bonham Carter, whose amusing turns as the wicked innkeepers provide much-needed comic relief.

There is much to enjoy in Tom Hooper’s Les Misérables, and its themes of self-redemption and social justice are as pertinent today as they were 150 years ago. As earlier film adaptations of Evita and Phantom of the Opera have proved, however, there really is no substitute for the West End.

Republicans in the political wilderness