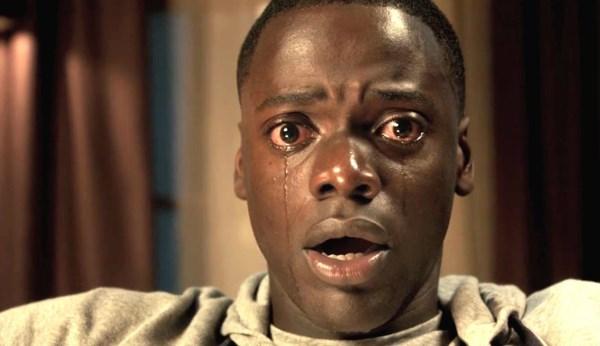 Much of the critical acclaim to which Jordan Peele’s directorial debut has been released is justified. Rooted in the reality of racial tensions in the USA, Get Out cleverly creates a simmering pseudo-horror from a simple premise. UK actor Daniel Kaluuya plays Chris Washington, a young African American photographer who is dating Rose Armitage (Girls’ Allison Williams). Rose is bringing Chris home for the first time to meet her parents (indie favourite Catherine Keener and The West Wing’s Bradley Whitford). The idyllic rural life of the Armitage clan belies sinister undertones, and Chris quickly becomes paranoid that something else is going on.

Part-Guess Who’s Coming To Dinner, part-Stepford Wives, with a pinch of last year’s hit horror, Don’t Breathe, Get Out is an understated mystery which eschews some of the more violent gore of other films in its genre, even though most of the crew are regulars on low-budget horror franchises. Editor Gregory Plotkin of the Paranormal Activity sequels does an ample job of keeping the pace moving and spooling out the set pieces. Director of Photography Toby Oliver (Wolf Creek 2) handles the cinematography without too much fuss: the shadows linger eerily and there are a few decent jumps to scare the audience. Producer Jason Blum has made a fortune in recent years in churning out minimal cost scares which generate maximum box office revenue: he has brought the world the Insidious, Ouija, Purge and Paranormal Activity franchises. If you are on the squeamish side, you will have given these films a wide berth, but there might well still be something for you in Get Out. The terror is more psychological than physical, and the set pieces are not merely there to shock and invite offence.

But where Get Out really sets itself apart is in the deft writing and directing of Peele, best known until now as half of US sketch comedy duo, Key and Peele. They have made a career out of undermining social norms and some of their best sketches turn racial stereotypes on their heads. And it is when this film is subverting race relations in the USA today that it is most effective. The film manages to be both playful and satirical without ever straying too far from the dark centre of the narrative: it is an astute commentary on the way in which African Americans are seen as a threat to be neutralised. It is not high-concept, but it is at times scary, regularly funny and always well observed.

Perhaps the film’s references land more firmly and it will therefore be more influential on the other side of the Atlantic, but Get Out still has much to say about race relations on a more global scale. Made for a relatively meagre $4.5 million, it has already been a success at the box office. And at just 104 minutes, it is hardly an epic that demands strenuous effort or investment of time on the audience’s part. If you are up for a tongue-in-cheek exploration of what it means to experience otherness in one’s own land, then Get Out is well worth your time.

Get Out - In Theaters This February - Official Trailer