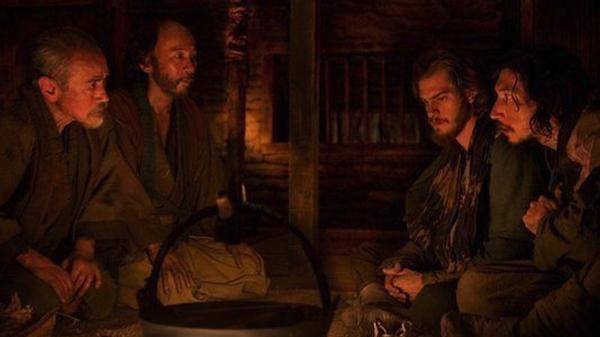 In Martin Scorsese’s introduction to a special edition of Shūsaku Endō’s Silence[i], he claims that the novel ‘is precisely about the particular and the general. And it is finally about the first overwhelming the second.’

That’s an interesting lens through which to interpret the story of two 17th century Jesuit priests who make the dangerous voyage to Japan to search for their former teacher and to continue his missionary work. And it is not without credibility. On my reading, the novel can’t quite be reduced to the contrast between the particular and the general, but this is precisely the dialectic that Scorsese has put on screen, and impressively so in many respects.

Just as the novel does, the film asks more questions than it answers – although it does attempt to provide something of a resolution, which you will not find in print. They are big questions: about faith, about spreading the gospel, about heroism, martyrdom and love. If it is, in the end, about the particular overwhelming the general, then it is not at all obvious if or why that is the way things should be. The impact of Silence is in its ability to discomfit rather than satisfy.

The power of the story stands or falls by one’s ability to empathise with its protagonist, Fr Sebastião Rodrigues, whose initially crystal-clear desire to serve God and the Christians of Japan becomes increasing blurred. His passion, questions and frustrations are realised well thanks to an uncompromising performance from Andrew Garfield. Adam Driver, although he has less to do as Rodrigues’s companion, Fr Garrpe, is similarly committed – both actors prepared for their roles at St Beuno’s, the Jesuit retreat house in North Wales. The magistrate, Inoue, is well rendered by Issei Ogata, the threat he poses belied by a fragile but cleverly-used physicality; however, the Gollum-like Kichijiro (Yôsuke Kubozuka) is perhaps used as more of a plot device than a character in the film, which is something of a shame. The explorations of strength and weakness that are allowed to emerge from his conversations with Rodrigues in the novel have been somewhat side-lined.  And Liam Neeson’s performance lacks the punch that it could have packed – the scene around which the whole story ought to pivot is a little lacklustre, with Neeson’s character’s dejection coming across as something closer to indifference.

Scorsese is not known for turning the camera away when things get uncomfortable or intense, and he does not break the habit of a career here. There are certainly moments of violence that the faint-hearted will struggle to watch. And the scene in which three Christians meet their death fastened to makeshift crosses in the rocky waves is distressing; the director himself said that the power of that scene was tangible even as it was being filmed, and the camera lens does nothing to filter its potency. The literary version of this scene had just two villagers suffering this fate; the addition of another in the film means that associations with Calvary are inevitable. That makes it all the harder to hear one of the challenges levelled at the viability of the Christian mission to Japan later in the film – that the Japanese have distorted the gospel they have heard, that their faith is a pale imitation of true Christianity. Scorsese goes out of his way to provide the viewer with evidence to support Rodrigues’ counter to that acerbic suggestion – that he had seen people go to their deaths ‘burning with faith’.

There are numerous ‘SJ’s to be spotted in the credits, which means that the Ignatian dimension of the film is there for those who want to find it – even where that has involved a bit of extrapolation from the novel.  Rodrigues explicitly asks of himself at one point: ‘What have I done for Christ? What am I doing for Christ? What will I do for Christ?’ – a formula drawn from Ignatius’s Spiritual Exercises. In any life, those questions are not answered as succinctly as they are asked, and that is certainly true here. The remainder of the film is in a sense the ultimate testament to the complexity with which any honest consideration of those questions has to grapple. When, towards the end of the film, Rodrigues is challenged with the idea that his choices have been influenced by the ‘spirit of darkness’, Ignatian ears will again prick up. That formulation of words alludes to the messy and agonising choice with which Rodrigues and his companions are faced. Which of the paths before him would he be following at the behest of the bad spirit, and which is the one towards Christ? Few of us will arrive at such an extreme version of those crossroads, but discerning the way ahead through the fog and confusion of sin is a feature of any prayerful Christian life.

The Jesuits’ journeys to and within Japan are, of course, by boat, mostly under the cloak of mist or darkness, and Scorsese repeatedly favours the image of a solitary boat cutting through the sea to emphasise the vastness of the mission at hand. The stillness of the waters in the dead of night is evocative of the silence that Rodrigues struggles so profoundly with, but the waters of mission are not always so smooth. In an address to a gathering of Jesuits in 2014, Pope Francis said:

The ship of the Society has been tossed around by the waves and there is nothing surprising in this.... The night and the powers of darkness are always near. It is tiring to row. The Jesuits must be brave and expert rowers... Row, be strong, even against a headwind!... But while we row – we all row, even the Pope rows in the boat of Peter – we must pray a lot, ‘Lord, save us! Lord save your people.’ The Lord, even if we are men of little faith, will save us. Let us hope in the Lord! Let us hope always in the Lord![ii]

Hope may be the least recognisable of the three theological virtues in the narrative that Scorsese sets before us, but we certainly do find the strength and the prayer... as well as the darkness, the fatigue, and certainly the headwind to which the pope refers. And so we watch as Rodrigues tries to figure out how to be an expert rower, as he struggles to apply the general techniques he has learned in the likely still waters of his formation to the particular and choppy waves of a new and hostile culture. The Jesuits who gathered in Rome in recent months for the 36th General Congregation of the Society of Jesus worked under the motto ‘Rowing into the deep’ – a reminder that Jesuits still seek to navigate rough waters to show those that pray for salvation that if general means abstract then God is never general, but is always with them in the particularities of their life.

[ii] Pope Francis, Celebration of Vespers and Te Deum on the occasion of the bicentennial of the re-establishment of the Society of Jesus, 27 September 2014: http://w2.vatican.va/content/francesco/en/speeches/2014/september/documents/papa-francesco_20140927_vespri-bicentenario-ricostituzione-gesuiti.html