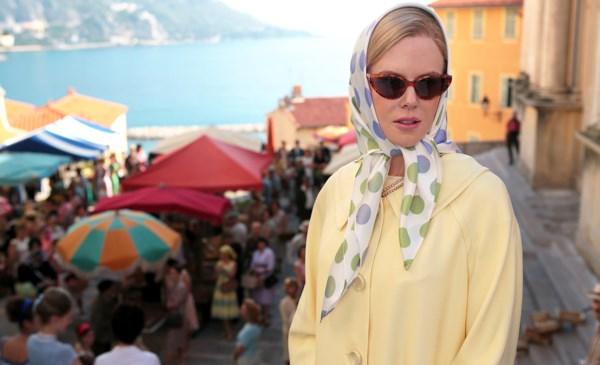 Ours is not an age for fairytales.  Modernity has banished fairies, just as maturity – read: cares, disappointments and regrets – is supposed to banish happily-ever-afters. We who have outgrown such fantasies walk down our modern streets and fancy ourselves thoroughly adult – that is, until we check all such nonsense at the door of the cinema.

Sitting there in the dark for hours is for most of us, whether or not we realise it, a ritual of hope.  We may no longer expect surprises from the big screen; we no longer demand excitement; we may no longer even wish for happiness.  But what we do want, even demand, from some eternal spring inside, unsullied by the world, is justice.  It does not matter to us what kind of sparkles dance fleetingly before our eyes, nor does it matter where our heroine comes from or what she accomplishes; what matters is whether, when the moment comes and what she loves is quivering helpless on the chopping block, she will risk everything to save it.  If she does, she is atoned; if not, she must be punished, exiled.

This is why we are not especially impressed when Grace Kelly (Nicole Kidman), the real-life daughter of a Pennsylvania bricklayer, makes a splash in Hollywood and ends up married to a European prince.  We are not swept away by the jewels or the elegant engagements, or even when Alfred Hitchcock makes a special trip just to beg her to re-grace the screen.  We are not all that concerned when the quarrel of her husband, Prince Rainier III (Tim Roth), with the French government over taxes begins to threaten the sovereignty of her nation, the future of her career and the security of her life.  What really grabs us is when we discover that our fairytale princess is secretly unhappy in her marriage and wants a divorce. She has risen through the dizzying heights of movie superstardom unto the empyrean of European royalty, and her troubles are as predictable and mundane as anybody’s. However, ‘love is obligation’.

These are the words spoken by her cleric in the tiny Catholic city-state.  In an age when religious belief is often dismissed along with the fairytales we imagine we’ve outgrown, the insights from traditional religion here are a sobering reality check.  There is more at stake, her priest insists, than Grace achieving her personal dreams and happiness: in Hollywood she is an actress, but it is here in Monaco, where she is a royal, a wife and a mother ‘to two bratty kids’, that she must ‘play the greatest role of her life’. The fairytale image has merged with the hard facts of life and, like a modern-day iteration of Elizabethan drama’s great chain of being, many lives and the future of a country will be affected by how she chooses to honour the vows she whispered during that dream of a wedding, a dream from which she now feels awoken.  This is a film worth seeing, for making obvious the global significance of every such a vow, and the fact that even a civilization takes its start from a private fidelity kept or broken.

The complaints I have against the film are almost all technical.  The scenes are appropriately lavish for a drama set in the oldest court of Europe; however, an opportunity seems to have been missed by photography that does not make the most of them.  Our senses are seldom overwhelmed by images which, had they been sharpened only slightly, might have awed, and consequently the camera work is occasionally sluggish and distracts.  It is even at times inexplicable, as during a conspicuous slow zoom up to and out again from Kidman’s lips.  There is an important speech which, for all its merits in content, is also the moment in the action that feels positively contrived: they are genuinely beautiful words, and perhaps an actor’s dream to deliver, but as an audience we want to be shown, not told.  It is reassuring, though, that what flaws there are in the film, and there are a few, tend to stem from that most forgivable of vices: trying too hard.

And the filmmakers do well to try hard, because if they got one thing spot on, it is the valour of daring to show us that we still do, despite the protests of our cynical age, believe in fairytales.  We are no longer so young as to expect success in every enterprise, and our experience in the world has shown us how costly, sometimes, can be the thing called love.  Real life is hard, we know, but we are reminded by Grace (and grace) that it will never be so hard that the young – and the young of heart – will give up renewing their hope in the eternal font of the fairytale.

A wise man
The creature and the sovereign self
The Two Popes
Spiritual and Religious: The Benefits of Being Both
Words and the Word