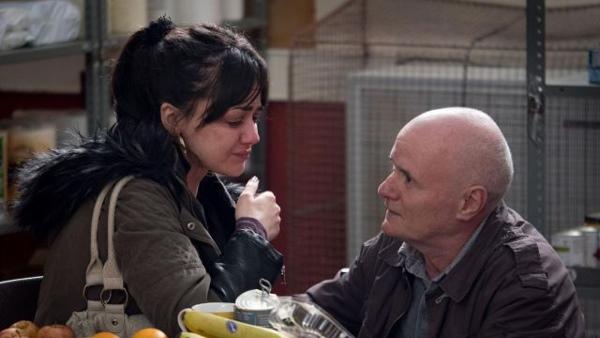 For all the headlines about zero-hours contracts, food banks and the benefits system, many Britons stand comfortably outside the sphere of direct influence of policy and practice in any of those areas. Some might be led to outrage or even action by what they perceive to be failings of the system, but for many, ignorance is bliss.

Not so for Ken Loach, who has chosen once again to express on screen his outrage at society’s propensity to slam the door in the face of those in honest and sincere need of a helping hand. His latest commentary on modern Britain is the all-too-real fictional story of Daniel Blake, a carpenter whose doctors won’t let him go back to work after a heart attack but whose sickness benefit application has been refused. Loach follows Daniel as he jumps with good but fading humour through all the hoops that stand between him and a resolution of his predicament, forming an unlikely but authentic friendship along the way with Katie, a single mother-of-two who feels similarly bewildered by the system.

There is no way around politicising this film – especially not since Jeremy Corbyn lent his voice to its message by attending the film’s premiere – and nor would Loach want there to be. There’s no room for subtlety here, though its shock factor is not entertainment-driven as was that of Benefits Street and such shows. The call for a welfare system that actually serves those for whom it exists is as raw and unfiltered as the filmmaking which somewhat incongruously earned I, Daniel Blake this year’s Palme d’Or: the glamour of the Cannes film festival is completely at odds with the film’s visceral presentation of poverty in modern Britain.

One scene in particular in which Katie visits a food bank will – and should – cement itself in your long term memory. The same goes for her jarring plea to Daniel: ‘Don’t show me any more love’. When St Ignatius encourages us in the Spiritual Exercises to imagine what it would mean to know but still reject God’s love, if such a thing were possible, he is leading us towards contemplating what Hell is like. With that in mind as we hear Katie, it is hard not to see the depth of despair in which she finds herself as her own personal hell on earth.

Even within the narrow dramatic parameters that bureaucracy allows, there is still a potent and emotive battle being fought all the way through this film. It’s not hero versus villain, but everyman versus system. As Daniel discovers, it is all but impossible to defeat one’s nemesis when the only weapon available to you is an endless series of forms and appointments. So with a faceless enemy and the absence of any effective combat techniques, what is there to do? Reset the rules of engagement. Define yourself in terms that your opponent cannot understand. I am not a customer, client or service user, says Daniel. I am a citizen. I am a good neighbour.

‘And who is my neighbour?’ Jesus answered that question with the Parable of the Good Samaritan. We take away from the parable something which this film celebrates with its cast of Samaritans, Daniel Blake chief among them: the value of kindness and generosity, of mercy. But there is a flipside to that coin in both parable and film – a blistering critique of institutions that try to calculate the monetary value of human dignity and that see genuine need as an inconvenience. And that is what audiences will take away from this harrowing yet superb film.