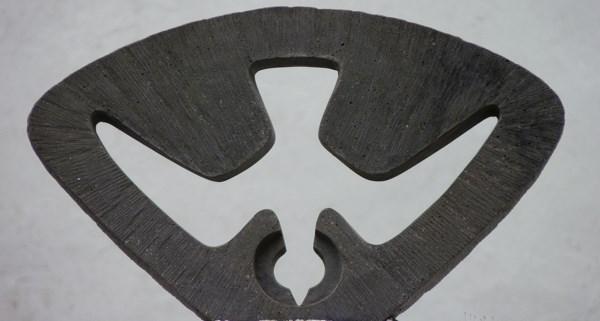 The great feast that concludes the Easter season, Pentecost, can only be properly understood against the horizon of the Trinity, which we celebrate a week later, says Professor Peter Tyler. ‘The descent of the Spirit reminds us of our essential Trinitarian nature: rooted in Christ we look both to the Father in Heaven as well as to our fellow suffering humans on earth.’

Suddenly from Heaven there came a sound like the rush of a violent wind and it filled the entire house. (Acts 2:2)

I have been thinking a lot about the Holy Spirit over these past few weeks. Just after Easter I set out from a damp and cool London to travel to the Himalayas. As I was leaving I was asked by Thinking Faith to write an article on the Holy Spirit in contemporary spirituality. So as I sat, day after day, in a small hut in Northern India looking out at the Himalayan peaks, I contemplated the ‘spiritual exercise’ set before me. This was not difficult. Each day I was awoken by the vent de l’esprit as the high Himalayan wind brought cooling relief, and was reminded of the old Latin hymn for Pentecost, Veni Sancte Spiritus:

The ashram where I was staying had been started by Vandana Mataji, a co-worker of the French Benedictine, Henri Le Saux. Born in 1910 to a poor Breton family, Le Saux had a long interest in India and Indian spirituality. At an early age he joined the minor seminary at Châteaugiron in 1921 before entering the Benedictine order at the Abbey of Sainte-Anne de Kergonan in 1929. In 1948 he sailed to India to begin a monastic community with his fellow French priest, Jules Monchanin, their aim being to live the ancient Western monastic life within the frame and ambit of classical Indian ideas, philosophy and spiritual practice. The monastery they founded, normally called Shantivanam (‘The Forest of Peace’), survived their passing and today flourishes; however, while they both lived there it largely remained (as both priests liked it) a quiet and empty hermitage. Both priests began wearing the kavi of the Hindu renouncer in the 1950s, at which time Henri Le Saux took the name Abishikteśvarānda (throughout this article I have used the normal English version of his name, Swami Abhishiktananda, omitting the diacritics). In 1968, Swami Abhishiktananda decided to head north to the source of the Ganges where he spent the final years of his life alternating between a small hermitage he had built there and trying to convey his message to a new generation of seekers.

Still controversial today after his death in 1973, there are elements of his life and writings that speak to our 21st century concerns in a prophetic fashion. A few days after my return to England, we suffered the horrendous attack on the Manchester Arena. Watching the groups of mourning, distressed and disconsolate folk in that proud city, I was reminded once again of the Swami’s message: that we must open up to the new possibilities that are now arising. Accordingly in this article I would like to concentrate on a key aspect of the Swami’s teaching: that we are now being called by the Risen Christ to a new awakening, and the instrument for that call will, certainly, be le vent de l’esprit.

The Trinitarian nature of Christian prayer

At the climax of the Easter season, we celebrate the Ascension of the Lord and then the Descent of the Holy Spirit, followed a week later by the great feast of the Trinity. This is the Church’s way of reminding us that all of the mysteries that we celebrate in the church year – of the Annunciation, the Incarnation, Christ’s suffering, death and resurrection – are to be seen from a Trinitarian perspective. We cannot think of Christian life, Christian vocation, Christian action or indeed Christian prayer in any other way. As St Paul puts it in the Letter to the Romans (8: 26 – 29):

The spirit participates in our weakness for we do not know how to pray as we should. But that very Spirit supplicates on our behalf with unutterable groanings. And the Father who searches the heart knows the mind of the Spirit, because the Spirit intercedes for the saints according to God. We know that in all things God works for good for those who love God and they are called according to God’s purpose. And for those whom he knew long ago He also destined that they be conformed to the Ikon of his Son so that He would be the first-born of a large family.[1]

The passage is truly wonderful as we realise that our Christian prayer is caught up in the ‘conversation’ between the Father and Son by the Spirit, even if we have no idea what our ‘groanings’ are going to accomplish. The inevitable consequence of being caught up in this conversation is that we are initiated into ‘the large family’, the Church, to which we are destined by virtue of our baptism. Thus, for Abhishiktananda, ‘the Church is essentially a spiritual reality and the Christian religion is, first of all, a living experience in the Spirit’.[2] Therefore, he continues, Christian life must be lived at the level of the Spirit, if we do not allow the Spirit into our prayers and lives we are not really acting as Christians. The gospel writers talk of Christ as the lodestone of the psyche (or soul) that leads to the Spirit – the pneuma. Christ, as it were, produces an ethical field that surrounds our thoughts and souls, so that the psyche now has a moral or ethical life. By focusing our lives on Christ, they suggest, we will be led to the Spirit. Contemplation in the Christian tradition is thus not something that focuses on attaining esoteric inner states through self-absorption, but rather it is the process that leads the soul (the psyche) to the Spirit – the pneuma: ‘Those who try to make their psyche secure will lose it, but those who lose their psyche will keep it’ (Lk 17:33 see also Matt 16:25, Mk 8:35 and Lk 9:24).

Abhishiktananda puts it another way: ‘by contemplation we do not refer simply to a life of habitual separation from the world and its lawful activities, that is to the acosmic life of the monk or hermit’.[3] Christian contemplation is not a withdrawal from the world but a call to re-engage with the world – and here is the rub – with the Spirit at the centre of our activity. This is at the root of St Ignatius’s call to ‘contemplation in action’. In a letter to Antonio Brandao written in 1551, outlining how he saw the balance of prayer and work in the life of his Jesuit scholastics, Ignatius gave a list of practical activities wherein they could find God, concluding the letter by stating that:

this kind of meditation – finding God our Lord in everything – is easier than lifting ourselves up and laboriously making ourselves present to abstract divine realities. Moreover, by making us properly disposed, this excellent exercise will bring great visitations of our Lord even in short prayers.[4]

As this passage reveals, action and contemplation are for Ignatius two sides of the same coin and one cannot develop mystical pieties without at the same time developing a life of Christian action in the world. Over-emphasis on the latter has sometimes led to downplaying the former.

So therefore as we contemplate these great mysteries of Pentecost let us remember that the descent of the Spirit reminds us of our essential Trinitarian nature: rooted in Christ we look both to the Father in Heaven as well as to our fellow suffering humans on earth. We all live in what Abhishiktananda called ‘the cave of the heart’, but we also extend our hand of service to suffering humanity in the tears and bloodshed of bombs, death and civil strife. For contemplation is, ‘the constant attention to the mystery which we are, by nature and grace, in the deepest recesses of our own spirit’.[5]

Speaking at the Vatican on Pentecost in 2014, Pope Francis reminded his audience that the Spirit teaches us, reminds us and lets us speak. If we invoke the Holy Spirit in prayer, the Spirit will teach us what we need to know. The Spirit, St John of the Cross tells us, acts on the soul in a gentle and ordered fashion, giving us what we need when we need it. So we can be sure, like St Paul, that when we lift up our ‘unutterable groanings’ to God, the Spirit will form them into the words we need. ‘With the help of the Holy Spirit,’ the pope suggested, ‘we are able to interpret interior inspirations and life events in light of Jesus’ words. And thus, within us grows the knowledge of memory, knowledge of the heart, which is a gift of the Spirit.’ On the day of Pentecost, the apostles began to speak in all the tongues of the earth. The Spirit throws open our perspective. We are no longer insular and scared, but rather we are boldly empowered to speak out from this new source and centre within us. In response to the dehumanising acts of terrorism we encounter so frequently today, we find in the Spirit the power to ‘speak with people in fraternal dialogue. He lets us speak with others, recognizing them as brothers and sisters; to speak with friendship, with tenderness, with compassion, understanding the heartaches and hopes, the sorrows and joys of others.’ [6]

All creation, writes Abhishiktananda, is a ‘Christophany’ – in Christ ‘the incarnate word’, the world has its being,[7] or, as the French theologian Olivier Clément put it in conversation with Patriarch Athenagoras, ‘in the Holy Spirit, Christ is resurrected and the cosmos grows into the Kingdom of God’.[8] Towards the end of his life Abhishiktananda liked to relate the Christian notion of the Trinity to the ancient Indian designation of God as sad – chit – ānanda, ‘being – consciousness and bliss’. If the Father is the source of being beyond existence (sad), the Son brings consciousness to us of that being whilst the Holy Spirit is the delight, the ānanda of consciousness of the Father’s being in ourselves. As he puts it in his theological reflection on this, Saccidananda: ‘The spirit – ānanda issues from cit (consciousness) and being (sat) and it is only in ānanda that one attains to sat and cit’ (p.178). So at this great feast of Pentecost let us feel the vent de l’esprit blowing through our whole being – mind, heart, spirit and body – in the great joy of the union of consciousness and being, remembering that the bliss of the spirit blows through us with the purpose of uniting us not only with our fellow suffering humanity but all creation around us. So let us pray together in bliss and love:

Come Holy Spirit!Bringing from HeavenThe radiance of your light. Come Father of the PoorCome giver of all giftsCome light of our hearts!

Peter Tyler is Professor of Pastoral Theology and Spirituality at St Mary’s University.

[8] Cited by Gispert-Sauch in Skudlarek, W. and B. Bäumer. Eds., Witness to the Fullness of Light: The Vision and Relevance of the Benedictine Monk Swami Abhishiktananda )New York: Lantern, 2011), p. 92.

In times of darkness