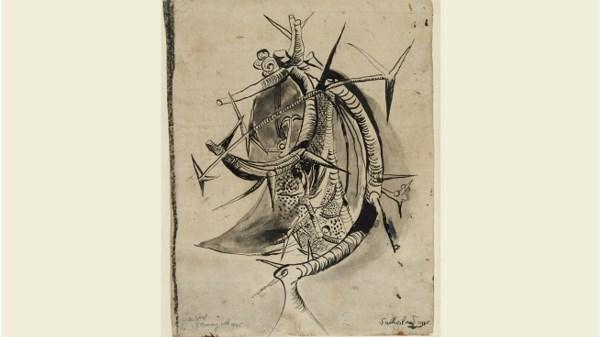 Mancunia is about Manchester in ways that engage with sharp and central life experiences and questions not unique to that unique city. Although the poems were written before the terrorist attack on the Manchester Arena on 22 May 2017, they are dedicated to the victims and to those who came to their aid. Moreover, the collection notices other horrors difficult to be with; In Paradisum has a coruscating refrain: ‘three thousand refugee children’. This is Michael Symmons Roberts’ seventh collection, following 2013’s award-winning Drysalter, which had 150 poems of fifteen lines each. A psalter indeed. It is good be told that the hinterland (or foreland?) for the 47 poems in the present offering is Thomas More’s Utopia.

At times the poems concern real, mysterious, repetitive and obsessive assaults. In I Shake Out My Coat, the coat gets larger as the ‘dross’ falls out, yet, ‘I cannot stop for fear that when I do, / my old coat will no longer be a fit for me.’ The Coordinator of Misreadings is gripped by a fear that might be defrayed – the shadow of a bird through the skylight is a harbinger of disaster, but, ‘Somebody has to have these fears, // to misconstrue each sign. // How else can we ward it off, // that end they have in mind for us?’ Who the threatening ‘they’ might be is as uncertain as the grace-filled ‘you’ in Great Northern Diver, who flies down over Mancunia until ‘… the clay arrests you, holds you as a pulse for good, // so what keeps this city alive is you.’ I would read ‘clay’ as Genesis and people, creation and struggle – an ongoing blessing. There is life and liveliness as well as an unidentified and unsettling fear. Indeed, Conductor of the Aquifers concludes, ‘…we all run for cover.’

The poetry has a vigorous and deeply engaged energy, where any ease is usually on the edge. Mancunian Miserere ends, ‘prise my teeth apart O God that I might learn to praise.’  The word ‘learn’ seems to draw the prayer beyond conventional and probably ineffective good intentions. It is a prayer of hope, although jaw muscles ache and grow numb in the praying. Prayers are answered in The Cold, but both prayer and answer must be ‘here’, in the place where the prayer is prayed. However, the one who prays may be distant from ‘your voice’, which is ‘hard to pick out’, despite a felt need for ‘words so clear that I could not mistake // your answers for my own…’. So after other people, named and well known to readers, have been prayed for, the poem ends: ‘I stare out into the beautiful nil, winter’s empyrean, / then scrap that prayer and start again.’ And, yes, such restarts seem always needed.

The determination is expressed and rooted. Looking in the bathroom mirror, in The Fall of Utopia, a resolve stands up ‘… to steer this vessel made of grief / through lattice works of rocks and reefs.’ As with a poem, Utopia is not fantasy or fancy, but like poetry something ‘made’, lost and to be remade. There are reminders of good possibilities. The ceiling fan in the hotel room stops and everything else stops, ‘And so this vision – ice-cold – dropped / into my head, or rather, scuttled. // Yes, it had to do with death, / but smacked of liberation, not despair’ – this from The Immortality of the Crab, a Spanish expression meaning, we are told, ‘to daydream’. Daydreams, it seems, may also provide some truth and freedom.

Manchester matters. There are Manchester poplars in Great Northern Diver (the same as the black poplars on the banks of the Elwy in North Wales where I live). And there is a traditional nineteenth century Manchester outing to Rudyard Lake. In Tightrope Song, spectators are at one with the tightrope walker in his traverse of the lake. Children, handed up to him, are ‘borne through emptiness’. The epigraph is from an eighth century Old English poem, The Dream of the Rood: ‘Fast I stood / whose falling could have felled them all’, which gives a graced resonance with the Jesus of the gospels, and a surprising and wider view. At times, the poetry has a well-planted humour – even in ‘…we all run for cover’.

Wide views also matter consistently. The last poem in the collection, Manumission, has a lyrical tone fitted out by a sharp and perceptive imagination. Michael Symmons Roberts has written about this poem and the genesis of the collection (see The Tablet, 9 September 2017), and is clear that the poem is about resurrection, indeed resurrection of the ‘body’ as the Apostles’ Creed is careful to say. It has wonderful and exacting concluding lines. We ‘trace the ones we love / and find them all, remade but recognisable, // take them in our arms, kiss them, hold them / fast as if we fear to lose them all again / but never will, which is the scandal of it, / the refusal to deliver a denouement’.

It is pleasing to be given epigraphs from Beryl Bainbridge to Oscar Wilde, along with notes and acknowledgements. These help not so much to grasp the poetry, but to discover connections and resonances in our own experience. Such findings are aided by reading and re-reading poetry. And this collection is a good read.

Advent Week 1
Liturgy and longing
Dorothy Day and the body of Christ
The Jesuit way toward holiness
Advent: Good News for the Poor?