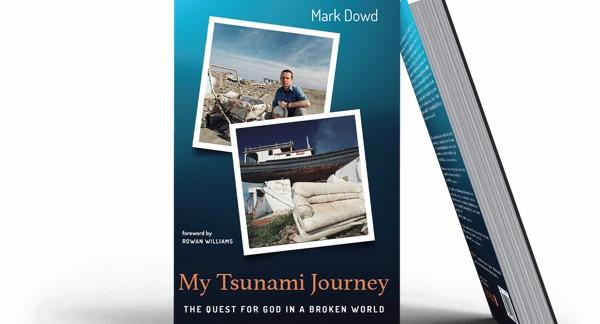 Mark Dowd is a well-known journalist and presenter, and this book is an account of the making of his TV documentary ‘Tsunami: Where Was God?’ Dowd tells a very good story, and this is a good story – readable, funny, tragic and thoughtful, all at the same time.

It is not just a good story, however. It records a deeply personal search for some way of coming to terms with the horror of suffering in a world supposedly created by a loving God. This is a problem as old as the origins of belief in God, but it is notoriously one that has never been satisfactorily solved. Dowd approaches it not as some sort of theoretical puzzle, but as a series of human encounters with those whose lives were changed by the Asian Tsunami of 2004, which caused thousands of deaths and widespread destruction.

He spoke to people in Western Sumatra, India and Thailand, which had been worst affected by this terrifying event. As a believing, sometimes half-believing Catholic, who had at one time been a Dominican friar, he ended up in Rome, at a conference on science and religion in the Vatican Observatory, in search of some theological perspective.

These journeys are tellingly recounted, and they turn out, not quite by accident, to provide some Muslim, Hindu, Buddhist and Christian responses to the tsunami. This is an excellent way of addressing the problem of evil in different religious traditions in a human and approachable way. The approaches vary from rather fatalistic acceptance, to a realisation of the transience of all things, to belief in karma and reincarnation, and to a scientifically influenced view that ‘Ultimate Reality concedes autonomy to the laws of nature as the necessary context for creatures such as ourselves to make moral choices in a scientifically predictable material world’ (p. 117).

It is the latter approach that Dowd most favours, though he admits that perplexity remains, a perplexity which perhaps only encounter with holy persons and sacred reality make bearable. The key thought is that suffering and decay are inevitably grounded in God, as possibilities of any creation of autonomous creatures. That, to me, makes sense, if God is indeed the ground of all creation, whose being necessarily contains all possibilities.

Dowd is tempted to accept an ‘only-way’ argument, that this was the only world God could create. If creation is to be of autonomous beings, that is, beings who at least partly create their own natures, this also makes sense to me. There are good scientific arguments that only if the physical laws and constants of nature are precisely what they are could carbon-based, intelligent life-forms like us exist. And such laws will inevitably lead to destructive as well as creative changes.

This argument could be strengthened by the thought that God, being essentially relationally loving, necessarily creates a reality of truly ‘other’ persons. Though God might not have to create precisely this world (God could have created, and perhaps has created, other sorts of personal beings), only the laws of this world will produce beings like us, who are destined for eternal glory, through their own (hopefully, grace-assisted) strivings. Such a conjecture presupposes that human existence is, as such, good, that it is creatively free, and that it has a fulfilment beyond life in this world.

I am not sure that Dowd would go quite that far. After all, it has a Hegelian echo, a thought that God might have to evolve through creating an ‘other’ community of persons, whose tragic and yet emergent histories bring the divine life, as reconciling love, to its proper fulfilment.

I confess to liking Hegelian echoes, but Dowd stays more tentatively with the thought that the cross and resurrection of Christ show that suffering is in fact part of creation, and that its possibility is implicit in God’s decision to create this world. His final resolution is ‘to pray more and scrutinise less’. His book shows, however, that careful scrutiny is evoked by prayer, and that prayer is deepened by reflection. The book is both narratively absorbing and speculatively illuminating, and deserves a prominent place among those which pursue the quest for God in a broken world.

Advent Week 1
Liturgy and longing
Dorothy Day and the body of Christ
A seamless ethic for siblings all: the hope of Fratelli tutti
What is a brother?