Skip to main content
Photo from Hibr at Flickr.com 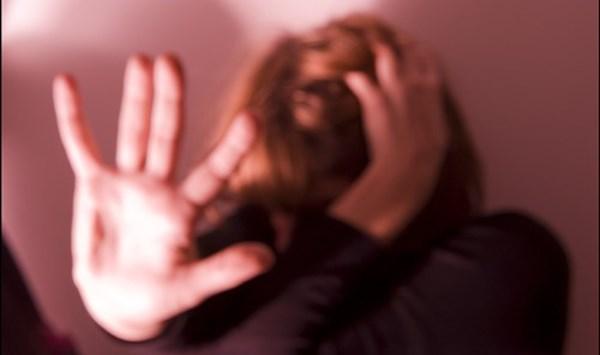 Earlier this year, Oscar Pistorious received a five year jail sentence for culpable homicide. The short length of this sentence, and that he can apply for parole after serving ten months in jail, has led to much outrage. But much of this outrage, and almost all of the coverage of the trial, missed the central point that a woman was killed by her partner. Julie Stacey refocuses our attention on the levels of violence against women in South Africa, the factors that perpetuate it, and what can be done in the future.

One year and eight months after Oscar Pistorius shot and killed his girlfriend, Reeva Steenkamp, on Valentine’s Day 2013, he received a five year jail sentence for culpable homicide. He may apply for parole after serving ten months of his sentence. His disability, the trauma of the loss of his reputation and his livelihood, and the trauma of the incident itself were used in the defence’s arguments in mitigation of sentence. The National Prosecuting Authority of South Africa announced last month that they will appeal both the verdict and the sentence.

It would appear that few people are neutral about what is usually called ‘the Pistorius Case’ but is in fact the Reeva Steenkamp Case. Social and more traditional media have been swamped for nearly two years with the views of ‘experts’, from professors of psychology to anti-gun lobbyists to prominent political figures. The hype is distasteful at best; and what really concerns me is that in the frenzy of opinion, to which I am about to add, the underlying issues have been lost: a woman was killed by her partner.

In England and Wales approximately 85,000 women are raped every year[i]. In South Africa, the official statistics for the year ending March 2014 indicate 46,253 rapes; however, the South African Medical Research Council estimates that only one in nine rapes is reported, which would increase the total to over 400,000: that equates to a woman being raped every one-and-a-half minutes[ii]. Furthermore, every eight hours, a woman in South Africa is killed by a close friend or partner[iii].

In the United Kingdom, 51% of homicides against women in 2011/2012 were committed by partners or an ex-partner[iv]. This ‘intimate femicide’ usually occurs within the context of the oxymoron ‘domestic violence’, which affects over half of South African women[v]. This in a country that had a murder rate in 2013 that was five times the global average of 6 per 100,000[vi], and where up to 70% of murders, attempted murders and rapes are ‘inter-personal’ – the attacker is known to the victim[vii].

It is well documented that sexual assault is about power, not sex. How disempowered is the man who rapes and sodomises a little girl of three?[viii] We can write him off as having a broken and twisted mind, as evil personified, we could say that no ‘normal’ human being could do this consciously; however, too many psychiatric experts in too many court cases have found otherwise for this to hold universally true.

The brutality of the physical and psychological torture endured by many women and children[ix] is beyond comprehension. Academically, we can posit reasons that might explain such behaviour in individual men. Alcohol abuse is often cited in sexual assault cases. Cultural beliefs, not least that having sex with a child will cure you of HIV, can be powerful drivers, resting as they do on fear and mortality. Some women suffer violent ‘corrective’ rapes, in a society where many believe homosexuality to be a choice, something deviant that can be fixed. It is conceivable, too, that many men may feel total failures in their attempt to provide financially for their families in a country where the official unemployment rate is 25.4%[x], while unofficial estimates are as high as 36.5%[xi].

There are also many societal factors that are cited to explain the levels of abuse of women and children in South Africa. Many cultural, religious and social norms reinforce the message that women are somehow inferior to men. It is unclear, then, whether the perpetrators of abuse are consciously aware of the attitudes and beliefs that they hold about women, children and violence, or about the role of men in society. The normalisation of violence in our society is also a likely factor, and it crosses socioeconomic boundaries: a child in a poor area might observe a gang fight in the street, fully conscious of daily turf wars and drug deals; equally, the private school teenager who witnesses his mother being beaten up weekly because dad is so stressed at work may have his senses dulled to the enormity of the pain. Some reports suggest that men are slaves to testosterone and that they inevitably react more aggressively to stress.[xii] It sometimes feels that men have slipped from being protectors of the family and the community to victims of a pervasive malaise: individualism, the placing of oneself above all others. It might also be argued that the rise in feminism threatens the very fabric of men's perceptions of themselves. While these all hold an element of truth, none adequately explains the horrific nature of the epidemic of rape, mutilation, and murder of women and children in South Africa.

I sympathise deeply with the hopelessness, the fear, the frustration, the sheer impotence that some men might feel. Who hasn’t wanted to lash out in rage when faced with what could seem another proverbial last straw? However, I cannot identify with the mind-set of the perpetrators, and the consequences of the inability to control that rage is what leaves me feeling sickened.

I hear many parents of especially young children talk about leaving South Africa because of the violence, and the concern that they have for the wellbeing of their children. It saddens me, as much as I understand the reasoning. These are people in good jobs, some in powerful positions, who believe that they can have no significant impact in effecting the systemic changes needed in South Africa. How much more helpless must those feel who cannot leave? Financial insecurity, the dependency of their children, social stigma, cultural considerations, and fear of physical harm all impact on a woman’s ability to extract herself from a dangerous relationship.

Many factors no doubt play a role in the contagion that is sexual violence in South Africa.   To shift this is the work of many lifetimes. We might mandate school programmes where the value of all genders is presented and debated, and where perspectives of gender inferiority are challenged – and challenged again. The economic emancipation of women, primarily through education, is equally vital, as is access to measures for women’s control of their own reproductive health. The need for facilitated access to a fair judicial system remains blindingly obvious.

I conclude by referencing another court case in South Africa.  In 2013, former Constable Steven Shabangu from Mpumalanga was jailed for three years for accepting a R500 bribe. He may apply for parole after serving one year. During arguments in mitigation of sentence, Shabangu’s lawyer submitted that the loss of his position as a policeman was punishment enough[xiii]. What does it say of a woman’s value in our society when the man sentenced for killing a woman might walk free two months before a man who was sentenced for accepting a R500 bribe? As we tackle the required generational swing of values, our short-term measures must scream fiercely that irrespective of her ethnic origin, age or economic status, a woman’s wellbeing and life in South Africa is worth more than R500.

Julie Staceyis an Associate of the Jesuit Institute South Africa

[viii] In one recent case, Ntokozo R(H)adebe was sentenced to nine life sentences plus 15 years, for the kidnap, rape, murder and sodomy of three little girls, aged five, three and two, in two separate incidents.

[ix] It is unclear whether the available statistics include the rape and murder of children; but we do know that most child victims are female.

Making sense of the application of the senses