Skip to main content
Photo by Foreign and Commonwealth Office at flickr.com 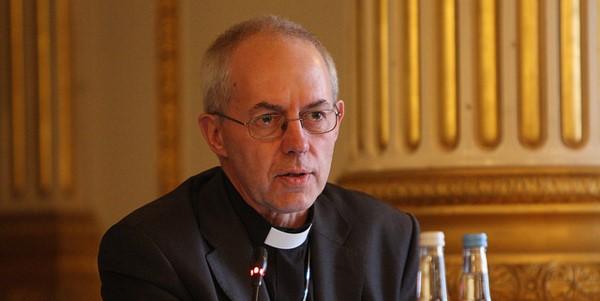 Following his contribution last week to the commemoration of the 70th anniversary of the Dresden bombing, the Archbishop of Canterbury was denounced for an ‘apology for [the] defeat of Hitler’. Joe Egerton sets the record straight about what the archbishop actually said and explains why it is particularly worrying that the erroneous interpretation of the speech came from a Member of Parliament.

On Friday 13 February 2015, the Archbishop of Canterbury made a prayerful and carefully nuanced contribution to a service commemorating the bombing of Dresden seventy years previously. He gave an authoritative statement of how God through Jesus Christ has brought about reconciliation between former enemies, and in this context he expressed sorrow for the death of innocent civilians. The archbishop then developed his thoughts in a live interview with the BBC.

In reaction to the archbishop’s words, the backbench Conservative MP Philip Davies made the following comments to the Daily Mail:

For the Archbishop to make an apology for our defeat of Hitler is bizarre. I would have thought the last thing we should be doing is apologising. We should be praised for defeating Hitler. These words are an insult to the young men who gave their lives in the defeat of Germany.

Mr Philip Davies has perpetrated a gross travesty of what the archbishop said. In so doing, he has also shown ignorance of the standards that are required of a nation waging a just war, which, I will argue, should give us cause for concern about his standing as a Member of Parliament.

The full text of the archbishop’s speech is on his website. He focused mainly on the present, which he sees both as a time for ‘sombre reflection’ and also for ‘quiet rejoicing’. The cause for this rejoicing is the evidence of reconciliation: the event in Dresden’s Frauenkirche was attended by the Mayors of Coventry and Warsaw as well as the German President: ‘We should never underestimate the miracle which peace in Europe represents – arguably the most significant political process of reconciliation in history.’

The archbishop spoke of all the civilian victims of bombing – referring to Coventry as well as Dresden – and of the ‘brokenness of our human family’. It was with reference to the terrible loss of innocent life at Dresden, which ‘left a deep wound and diminished all our humanity’, that the archbishop said: ‘So as a follower of Jesus I stand among you with a profound feeling of regret and deep sorrow’.

Setting out deliberately to bring about the death of the innocent is prohibited in just war theory: ‘there must be discrimination. Non-combatants should not be directly or intentionally attacked, although it is recognised that there may be accidental casualties.’ The archbishop, in line with Christian just war tradition, quite clearly did not seek to blame anyone for the loss of life in Dresden – he attributed it to the effect of waging war; but over 24,000 men, women and children perished, so it is right to experience and express sorrow and regret. Not to do so would be to fail to recognise the suffering of our fellow human beings.

As the archbishop has been accused of ignoring the suffering of British civilians in the Blitz, and the bravery of the aircrews of Bomber Command, we should pause to note that he referred to both in his BBC interview. Nowhere did he say that the decision to bomb was wrong or unjustified. He does indeed acknowledge in his speech that the bombing of Dresden was and remains a subject of controversy, but this was not a prelude to an apology or even a criticism of the British and American commanders. Rather, he acknowledged the controversy so that he could carry his listeners into a new area: the celebration of the mighty work of God in Jesus Christ in bringing about reconciliation in Europe, exemplified by the gathering in the Frauenkirche of the representatives of former enemies. In his subsequent BBC interview, he reiterated the importance of remembering well, of learning and of moving on, which was both the purpose of the commemorative event and the key to achieving reconciliation in other conflicts.

There is nothing in the archbishop’s development of the concept of reconciliation through grace that limits the scope for legitimate discussion of the ethics of the bombing of Dresden; indeed, we know many of those involved in the decision were later to ask themselves whether they had made the right decision. There have long been critics of traditional just war theory who have raised the issue that Dresden exemplified so terribly: the death and maiming of the innocent that results from an attack on a military target. Diego Lainez, the second general of the Society of Jesus, questioned as early as the 16th century whether it was possible to fight a just war in Europe, such were the inevitable number of civilian casualties. An opposite view to that of Lainez was taken in the powerful defence of the British declaration of war in August 1914 by Bernard Vaughan SJ, citing the sack of Louvain and other atrocities as grounds for a just war. The archbishop, however, did not address these questions. He made no comment at all on the legitimacy of the British and American actions.

Mr Philip Davies’ remarks to the Daily Mail are cause for concern. If he did read and understand the archbishop’s words, then he has sought intentionally to mislead readers as to what the archbishop said, and therefore seems to be guilty of what Aquinas described as ‘the perfection of lying’. This would surely imply that he lacks that integrity that we should look for in a Member of Parliament.

However, it is both more likely and more worrying that Mr Philip Davies lacks an adequate grasp of just war theory. There is now a constitutional convention that the government will not use force (save in an emergency) without the prior consent of the House of Commons. Members of Parliament such as Mr Philip Davies, then, can be called upon to vote on a motion to commit the United Kingdom’s soldiers, sailors and air force to an armed conflict, just as they were asked to vote on military intervention in Syria in 2013. As I have argued in a previous article, the Hansard report of the Syria debate shows that MPs were seeking to decide whether the criteria for a just war were met, and they took as a given the basic tests that can be traced back to St Thomas Aquinas. The fact that there was reasoned disagreement as to whether the tests were met is evidence that individual MPs taking part in the debate were doing their conscientious best to give the right answer to a difficult question.

There is a strong Christian tradition that legitimate government depends upon the consent of the people. As the sixteenth century Jesuit Robert Parsons recognised, applying this principle in England requires a strong and effective House of Commons. When the Commons is called upon to debate the use of force, its authority does not depend just on the numbers voting in the division, it rests on the quality of the debate: MPs have to be seen to have applied their minds to the evidence and have voted for what they believe is right. That requires each and every member to have an understanding of the underlying principles by which ius ad bellum and ius in bello are decided – principles which Mr Philip Davies seems not to grasp.

Anybody who does not recognise sorrow and regret as the appropriate response to the loss of innocent life fails as one human being to grasp the suffering of others. Mr Philip Davies’ attack on the archbishop demonstrates a serious moral failing. If Mr Philip Davies did not have an important function to exercise which requires precisely this response, his conduct would not be a matter for public comment. But he does have precisely such a function – if the government of this country decides that our armed services should be ordered to engage in conflict, each and every Member of Parliament will have to exercise his or her judgment as to whether the government is right. That exercise of judgment is only possible with a proper appreciation of the human consequences of using powerful weapons which may well kill and maim the innocent.

Robert Parsons recognised the importance of ensuring that Parliamentary candidates had the traits of character necessary to discharge their functions in the reformed Commons for which he called. Mr Philip Davies’ recent remarks must leave us with serious doubt as to whether he is capable of exercising such judgment as may be required of him as a Member of Parliament.

Conservatives and the Common Good

On Rock or Sand? Firm foundations for Britain’s future