Skip to main content
Photo by Radek Homola on Unsplash 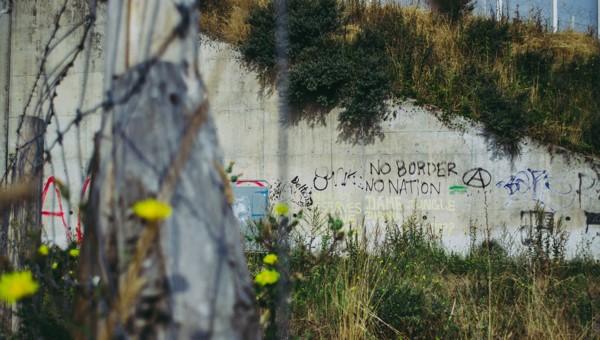 Jesuit scholastic Christopher Brolly SJ spent six weeks last summer volunteering with a charity that helps the refugee communities who continue to live in Calais, northern France, despite the closure of the ‘Calais Jungle’ refugee camp. Contemplating the Passion helped Christopher to live in the tensions of his own environment; his reflection below suggests how ‘sharing in the discomfort of the living Christ’, who fell and suffered, can give us strength.

The longer I stayed in Calais, the more I felt myself enter into a painful mystery in which its wounded and scarred nature became apparent. I found that even on ‘days off’, it was impossible to escape the various fault lines of human conflict that run through and almost define the town. What began as a pleasant coastal walk along sand dunes revealed the area’s social realities once I entered the ‘Jules Ferry welcome area’. Along the landscape there were several concrete bunkers left from the Second World War. Climbing onto the largest one, I could see over the channel towards England in one direction and, in the other, down onto a large area of scrub land that had once been the infamous ‘Calais Jungle’, a refugee camp that held up to 9,000 people until 2016 and is now ‘land under regeneration’ (ironically being turned into a nature reserve that will provide a shelter to migratory birds passing between Europe and Africa, plus other wildlife, flora and fauna). As well as being scarred by the bunkers and evacuated ‘Jungle’ land, this area is also scarred by the huge barriers and barbed wire reels erected around the artery roads of the area, particularly those that lead towards the ferry terminal. Locals’ homes are surrounded by metal security fences and specially-erected street lighting illuminates certain roadsides, yet not the roads themselves. On the same highway, there is a tourism sign notifying passing motorists ‘Département du Pas-de-Calais: Welcome the world’.

The inescapable conflict and division between peoples was not the only suffocating tension I felt on my day-off stroll. I continued my walk into the city centre of Calais and, while I appreciated the rows of terraced ‘miners’ cottages’ – which reminded me of some streets in my native north east of England and thus helped me develop an affinity with Calais – I found it strangely quiet, almost derelict, even on a Saturday, with notably few young local people around. It made me question our governments’ responses not only to the ‘migrant crisis’ but to chronic unemployment and to a rampant centralisation that seems to deprive such areas of much-needed regeneration. If we are to truly take on board the messages of Pope Francis’ Laudato si’ encyclical on ‘Care for our Common Home’, then perhaps it’s possible to see that the existence of numerous social crises contribute to one another, that they are related. While this context of Calais feeling like a living wound, a living tension, made it a tough place to stay, I actually felt invigorated by this reflection during my walk, which revealed Calais as exactly the place I, as a religious and as a Jesuit, should be. A place in great need of reconciliation of several sorts. A place with huge relevance to our world and some of its major social questions.

In the face of the complex situation of migration that I encountered, I found it impossible to arrive at a ‘solution’ to the current situation. On the one hand it is far too simplistic to say ‘open all borders’ and yet it cannot be acceptable to treat other humans in the way the refugees here are being treated, their basic human rights being regularly neglected. As a Christian faced with an ‘impossible situation’, I tried to make sense of my feelings from a faith perspective and meditated on the Passion of Jesus Christ and, in particular, His wounds. By aligning a painful mystery from our modern world with a painful mystery from His life, I considered how Our Lord didn’t flee from the ‘messiness’ of human nature, from the violence, from the conflict, from his own fears – rather, he embraced all of our humanity and ‘lived in’ the tensions that existed. I also recognised that this was an opportunity for me to attempt to live out the Third Degree of Humility of the Spiritual Exercises of Saint Ignatius of Loyola, sharing in the discomfort of the living Christ, who must feel these same wounds of a divided humanity even more acutely than I sensed them. All this gave me courage to ‘hold on to the tensions’ I found myself in in Calais, to continue to allow myself to enter fully into them, to keep my eyes on Jesus’s wounds, and to be a strong and positive presence for those around me, alleviating their suffering – whether that be migrants or other volunteers.

This text is an excerpt from the blog post ‘A Calais Calvary’ on Christopher Brolly SJ’s blog, ‘In Formation’.

Stations of the Cross: 13. Jesus is taken down from the cross