Skip to main content
Photo by Tyler Nix on Unsplash 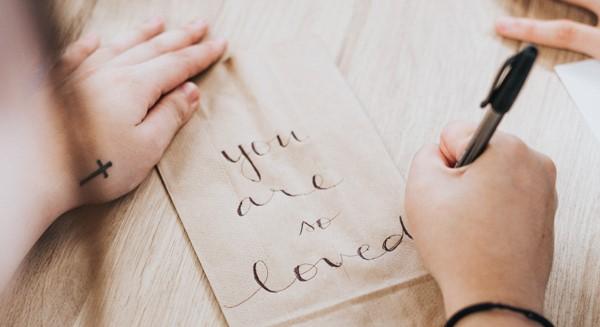 Thinking Faith's Editor, Frances Murphy, offers a series of reflections inspired by the Stations of the Cross. Second Station: Jesus accepts his cross.

According to Nicholas King SJ’s translation of the Gospel of John, when Pontius Pilate hands Jesus over to be crucified, the chief priests ‘accepted’ Jesus.

It is strange to think that the same verb is used in the name of this Station to tell us that Jesus ‘accepts’ his cross. The chief priests have petitioned, shouted at, even threatened Pilate in order to obtain exactly the result they then just ‘accept’: Jesus condemned to death. This word might even cause us to imagine that they were mockingly casual or begrudging about the whole situation – ‘Go on then, we’ll take him away, if we must’ – as if this wasn’t the end goal of their campaign after all.

When we come to this second Station, no such nonchalance could ever be imagined of Jesus’s ‘acceptance’. People often say they are ‘accepting fate’ when they are sorrowfully resigning themselves to a chain of events that they do not want to happen, and it is tempting to think that that is what Jesus is doing. That paints too passive a picture of what we are to understand of Jesus here: true acceptance does not need to be about resignation or defeatism, nor about passive reception; it requires a very active understanding. The juxtaposition of the chief priests ‘accepting’ Jesus and Jesus ‘accepting’ the cross points towards that, but the First Week of Ignatius’s Spiritual Exercises helps to illuminate it.

The journey that Ignatius guides the retreatant on in those days is of coming to know oneself as a sinner, but one loved by God. It’s not about getting helplessly lost in the mess and confusion of human sin and resigning oneself to being always trapped within the confines of that cage, but understanding that the power of God’s love is such that it embraces whatever sin has meant in my life. A thorough and honest self-examination is painful, but the beauty of the Exercises is that ‘accepting’ the resulting picture of ourselves is not an exercise in self-deprecation, but one of a fuller understanding of the way in which the love of God acts in my life: accepting my condition as a loved sinner.

The same process is an integral part of the daily Examen, too. The naming rather than avoidance of sorrow for sin is ‘an exercise in humility as an acceptance of the truth of who I am, in God’s love, at Christ’s side, in the Spirit’s power.’[i] This kind of acceptance positions us rightly in relation to things as they are, and this is anything but passive.

We know from his prayer in Gethsemane that Jesus is not bowing his head in passive defeat: he can truly accept the cross because he knows what it means, that it is the beginning of something. The chief priests ‘accept’ Jesus in a different way; their acceptance is a conclusion of a process, a shrug of the shoulders, a closing off of possibilities.

Lent is a time in which we try to cultivate habits that allow us to see that little bit more clearly the world as it is, in all its need, and how we relate to it. If we use this time to orient ourselves properly to God, others and the world, our acceptance will be a beginning, too.

Stations of the Cross: 4. Jesus meets his mother