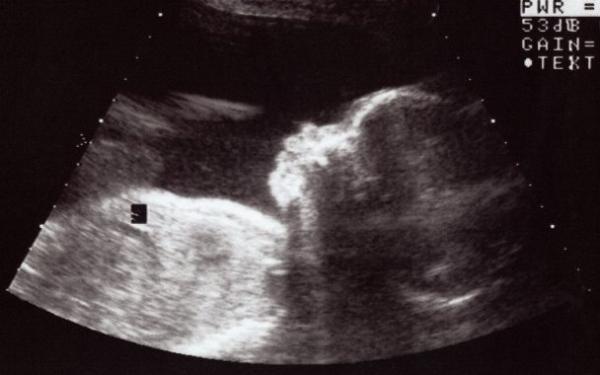 The concept of viability had a high profile in this week’s debate over the legal time limit for abortions.  In fact, it was irrelevant and turned out to be a hostage to fortune, argues the Heythrop Institute for Religion, Ethics and Public Life.

The votes in Parliament this week on the Human Fertilisation and Embryology Bill were about establishing, maintaining or changing rights in our law. Those rights are liberties and claims and combinations of these. They include the entitlement (claim-right) of a woman up to the 24thweek of her pregnancy to have an abortion under certain conditions, and the freedom of medical practitioners to perform a surgical abortion, without fear of prosecution, provided certain conditions are met, up to the 24thweek (liberty right). The limit of 24 weeks was established in the 1990 revision of the 1967 Abortion Act, reducing it from 28 weeks. Various proposed amendments to the present Bill attempted to have that limit reduced to 22 weeks and even to 12 weeks. All amendments were rejected in the House of Commons.

Parliament’s decision effectively confirms that a right to life, meaning an entitlement not to be killed, is recognised for the growing human life only from the 24thweek of gestation. Those who attempted to have the law changed to operate a lower limit were seeking to have the growing child’s right to life recognised from an earlier stage of development. Parliament, in making the law, establishes what the right to life is to mean, in law. An argument which appeals to a moral entitlement not to be directly killed, seeks to bring legal rights into greater harmony with moral rights.

The concept of viability plays little or no role in this argument. Viability is relative, as is evidenced by the fact that no human being, no matter what age or condition, can survive in the physical environment of our planet without social support. We are all dependent, in various degrees. And the viability of the vulnerable among us depends upon the resources and technologies we can make available for their support. Antarctic explorers and astronauts require complex materials and machinery to secure their survival in an inhospitable environment, as do premature babies. It was the improvement in medicine’s capacity to provide the necessary support which led to the change of the limit from 28 to 24 weeks in 1990. Much of the recent debate on the question of a revised limit focused on the question whether medical science can now report a further development of its capabilities. The interpretation of the relevant information was disputed.

Whatever might be the correct percentage of surviving premature neo-natals at 22 weeks those who argue for the criminal law to protect the child in the womb’s right to life do not base their assertion of the moral right to life on the fact of viability. Reliance on ad hominem arguments pointing to viability may distract from the more fundamental position. Those arguments include the following: the very moving images of the growing life in the womb exhibiting undeniably human features and actions are used to persuade those in favour of abortion that what is being killed in the surgical intervention is an individual human life, one like us, part of the human family. The reports of the medical staff who have had to assist in late abortions, who testify that what is delivered is a small human being who vainly struggles for life, are also used to make the same point. The medical profession’s own success in saving life in one room is invoked to query the defensibility of the same profession’s performance in destroying life at the same stage of development in a neighbouring hospital room. These arguments are technically ad hominem, addressed to a particular audience, attempting to persuade them to reconsider their position, by calling into question one of their premises, namely, that the life to be aborted is not an individual human life which might claim our respect and protection.

Those who wish to affirm that the growing life in the womb is indeed an individual human life which claims our respect and protection do not rely on the fact of viability for their case. They base their case on the fact that the life in utero (or in relevant cases in the Petri dish) is a young member of the human family, a distinct living entity which is the product of human gametes (human egg, human sperm). Frequently the point is made that the drawing of limits is arbitrary. Birth is a significant moment, but is its significance such that the foetus one day prior to birth is not a human child? Is quickening so significant that what suddenly makes its presence felt was not present as a living human being prior to movement? Viability, a concept dependent on the availability of resources and technology, cannot provide a defensible distinction between a life which claims our respect and protection and one which makes no such claim.

There is a further way in which the emphasis on viability could mislead the debate. An assumption that it is viability which grounds the child’s right to life might entail the reflection that those developing foetuses which require more support than others because of some deficiency or handicap are less viable, and so less entitled to our respect and protection. And so instead of reinforcing the case for the protection of life in the womb, the argument about viability might have the effect of weakening the grounds on which a handicapped child can be said to have a right not to be killed.

Engagement in public debate about what the law should be is seldom a matter of drawing conclusions from agreed premises with logical rigour. In a democratic system exhibiting a plurality of stances and convictions, agreement on fundamental principles cannot be taken for granted. Hence the need to engage with opponents in a variety of ways and to invite a reconsideration of their premises and values by appealing to images and experiences to which all have access. The strategies of persuasion must be many and varied, but behind them all is the clear conviction that what is at stake is human life which deserves protection. The evident personal commitment of many MPs who spoke for a change in the law carried its own persuasive force, but there weren’t enough of them. It is not the first time that many people have had to accept that a vote in Parliament did not reflect the truth of the matter. It is to be hoped that one day the predominant opinion in the country will be that the legal facilitation of abortion has been a human tragedy of considerable proportion, just as it is now accepted by many of those who voted for going to war in Iraq that they were seriously misled and did the wrong thing.

Discernment as a work of the Church

The Long Road to Damascus