Skip to main content
Photo by Perrenque at flickr.com 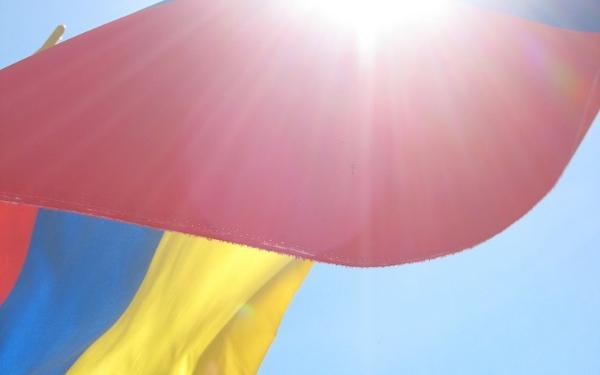 What challenges lie ahead for Colombia as it prepares for a presidential election next year? The Catholic Church’s recent plea for reconciliation in the country is a timely call for the Church, State and people of Colombia to think about how they can learn to live together and build a peaceful future, argues Peter Cousins.

In a message for ‘Semana Santa’ (Holy Week), the Catholic Church in Colombia called for reconciliation and forgiveness between Colombians. This followed an interview given by Archbishop Rubén Salazar, President of the Colombian Bishops’ Conference, with El Tiempo newspaper.[1] Therein the Archbishop also made a plea for reconciliation and put the Church at the service of this search. Such a call prompts us to ask what ‘reconciliation’ is about, and what it might look like in Colombia. It also asks questions of the Church itself, as we shall see. But first it is worth noting that the very word ‘reconciliation’ has largely remained absent from political and civil discourse. This increases the significance of the Archbishop’s call.

How might we conceive of ‘reconciliation’? In an essay I wrote whilst a student of Peace and Conflict Studies at Bradford University, I proposed a definition (which merely added to the many previous attempts of academics): ‘learning to live together.’ I felt that, thus defined, two important elements were captured: the goal, and the process. Some scholars have called into question the relevance of the word reconciliation in societies which have never been truly conciled with themselves. It is clear that this point finds expression in Colombia, a country which has suffered over 50 years of continuous violence, and is unlikely to be brought together overnight.

So, what might have to happen for Colombians to ‘learn to live together’, to (re)concile with one another? We might start with the release of the hostages held by the FARC (Revolutionary Armed Forces of Colombia) rebels (a recent article in the weekly magazine Semana[2] suggests that the exact figure is unknown, but could be as high as 125). But it cannot stop there. The figure for the number of internally-displaced people in Colombia now stands at over 4 million – more than in Sudan and in fact the highest figure of any country in the world. A country that aspires to ‘live together’ should at the very least offer a dignified place to live to all those wishing to go home. The gross social and material inequalities in Colombia would thus start to be ironed out. And Colombians will have to face up to the crimes committed by all sides over the years. President Uribe’s 2005 Justice and Peace Law has proven controversial because of the relatively light sentences handed down to some who have admitted their responsibility for major crimes; however, similar ‘truth for amnesty’ agreements have been used relatively successfully elsewhere, for example in South Africa. The president has nevertheless undermined his own project by extraditing so many people to the USA on lesser charges of drug trafficking, thus reducing the chances of the full truth about certain major crimes being discovered. In this respect, the State has a long way to go; it is itself implicated in many crimes. As one former paramilitary has said: ‘The State asks for the truth, but why, if it cannot bear it?’

All of this is set against the background of an armed conflict, the existence of which is, incredibly, denied by some right-leaning politicians. And much of the above is either a cause or a consequence of this violence. An end to hostilities is ultimately a condition for meaningful reconciliation, though steps can be taken towards this goal while the conflict persists.

None of this, it must be said, is particularly new thinking – it has all been expressed before. But the Archbishop’s exhortation casts a new light on the challenges ahead, and their gravity. What role the Church itself will play in this process has yet to be seen. Archbishop Salazar’s admission that its concentration on humanitarian issues alone has cost it credibility with the guerrillas, might suggest that it plans to broaden the scope of its analysis and action. Part of the issue here is that the Church has not always spoken with a unified voice. The differing attitudes of various Bishops of Apartadó towards the Peace Community of San José de Apartadó, is one example of this inconsistency. If the Church is to find a position that advances the cause of reconciliation, it will take all of the ‘creativity’ to which the Archbishop, in a different context, refers in his interview.

Finally, it is also worth considering why it is that the Church has chosen to speak out for reconciliation at this particular point. Although Holy Week is the most important time in the Church’s calendar, the timing has more to do with the presidential election set for 2010, campaigning for which is gearing up already. At present there is a great deal of uncertainty as to whether President Uribe will stand for a third time, and doing so would involve a change to the Constitution. Should this not happen, there are plenty of uribistas lining up to take his place. The campaign is shaping up to be contested along one of two lines – a continuation of Uribe’s Democratic Security policy (which seeks the defeat or demobilisation of FARC guerillas), or the pursual of a humanitarian accord, in which guerrilla prisoners would be exchanged for FARC-held hostages. In his interview, the Archbishop appeared to support both positions (which may be an example of his diplomatic creativity!), but came out against Uribe’s remaining in office for a third term. With a year or so to go before the election, much could yet happen. But it seems as though the Church wanted to make its voice heard while things are still warming up.

The next year could prove to be truly significant for Colombia. It this a ‘ripe moment’ for a humanitarian accord, as the basis for a lasting peace? Could this be the start of Colombians learning to live together? These are the big questions beneath the surface of Archbishop Salazar’s call to reconciliation.

Peter Cousins read Modern Languages at Merton College, Oxford, then volunteered with JVC and completed a Masters in Peace Studies at the University of Bradford. He is currently doing reconciliation work in Colombia.

[1]El Tiempo, 29 March 2009 – pp. 1-6. 'There must be dialogue with the guerrillas; the conflict does not have a military solution': Archbishop Rubén Salazar

Venezuela: the Twists and Turns of History

St Henry Morse SJ: ‘A saviour of life unto life’
Alfred Delp: committed to Christ
Ignatius and the Stars
Preparing for the Synod: Listening to the gospels
Persepolis