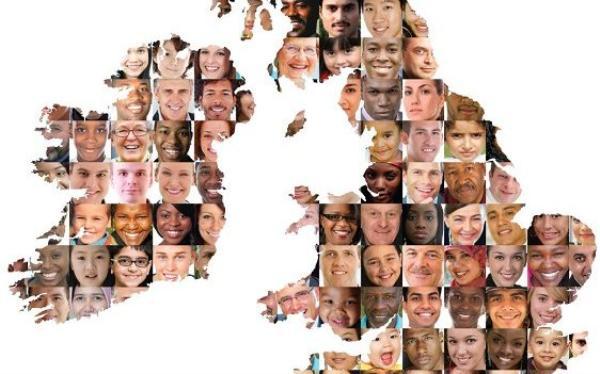 How can the Church be the embodiment of grace in a multi-cultural, diverse and complex world, in which the economic downturn continues to cause anxiety and even fear? Patsy Cummings, of the Catholic Association for Racial Justice, encourages us to ask this question as we prepare to celebrate Racial Justice Sunday on 13th September.

The news media are full of reports of events and situations that might test our faith: we remember the events of eight years ago in New York; we hear of a convicted bomber being released on compassionate grounds; or we read of three men found guilty of plotting to kill thousands of people by blowing up planes over the Atlantic.

In addition to these stories, we are confronted with the problems arising from the worst financial recession we have seen for decades. When people lose their jobs, it has an immediate effect on their own lives and those of their families. The experience of previous economic downturns has shown that this can also have a broader effect on the way in which we relate to other people in our communities, and sometimes leads to differences between how we think about those who have lived in Britain for many years and those who are new to the country: for example, there might be a belief that there is an unfairness about the allocation of jobs and homes when both are in short supply.

In the midst of prejudices, fear of the other, suspicion of the foreigner, the mantra of jobs for natives, and restrictive border controls, racism is assuming a variety of complex garbs. Any ‘them’ and ‘us’ stereotyping must be counter-acted by the notion of shared visions and values, by communication and engagement, which challenge misinformation and promote real understanding leading to a sense of belonging for all communities. In the absence of such engagement, racism and social injustice are allowed to grow; individual and institutional racism can produce a pattern of discrimination, which acts against cohesion and community development.

What a challenge! In the midst of the problems that each one of us may have, it can be difficult to see Christ in everyone we meet.  Each one of us is called to participate in Jesus Christ’s loving relationship with the Father, but to do this we must love each other in the same way.

So how does the Church guide us in this real twenty first century dilemma? How do we live and act as Christ in the face of all of those outside pressures that might instil in us feelings of resentment, of unfairness – real or perceived – and a materialism of a kind unparalleled by anything from the past?

The teaching of the Church on the dignity of persons is clear. The Catechism of the Catholic Church teaches us that:

The equality of men rests essentially on their dignity as persons and the rights that flow from it: every form of social or cultural discrimination in fundamental personal rights on the grounds of sex, race, colour, social conditions, language, or religion must be curbed and eradicated as incompatible with God's design.[1]

Similarly, the Bishops of England and Wales state:

We believe each person possesses a basic dignity that comes from God, not from any human quality or accomplishment, not from race or gender, age or economic status. The test therefore of every institution or policy is whether it enhances or threatens human dignity and indeed human life itself. Policies which treat people as only economic units, or policies which reduce people to a passive state of dependency on welfare, do not do justice to the dignity of the human person.[2]

Our loving God has redeemed the world through becoming a human being in Jesus Christ, and sent the Holy Spirit to enable us to love one another with His love. All people are equally children of God and loved by God: since none is outside the love of God, none should be outside our love either.

We believe that the diversity of the human race was no mistake on God’s part. As brothers and sisters in Christ, we celebrate the diversity within our human family and take the same delight in that variety as God does. The same goals are articulated in more secular language, in the Declaration of Human Rights:

All human beings are born free and equal in dignity and rights. They are endowed with reason and conscience and should act towards one another in a spirit of brotherhood. Everyone is entitled to all the rights and freedoms set forth in this Declaration, without distinction of any kind, such as race, colour, sex, language, religion, political or other opinion, national or social origin, property, birth or other status.[3]

But the fact is that racism persists. At its most obvious and brutal, it takes the form of physical attacks, in some cases even murder. But it takes many other forms as well: discrimination within the police force, for example, or popular prejudice against Travellers or people seeking asylum.  There is often a reluctance to accept people of a different ethnic or cultural group as neighbours. Even within churches, people can face discrimination and unkindness because they are different from the majority of a particular community.

On Racial Justice Sunday, we give thanks for our diversity and pray for God’s help in overcoming our prejudices and the injustices that reflect and reinforce them. But how can the Church be the embodiment of grace in a multi-cultural, diverse and complex world? We are not called upon only to look after those already present, but to invite and welcome all those who believe that they are not welcome as they are.

The Catholic Association for Racial Justice (CARJ), an independent charity and agency of the Catholic Bishops Conference of England and Wales, established in 1984, is one of the practical ways in which the Church acts against racism. It is organisation among many that works for a more just and cohesive society: by promoting reflection, discussion and action; through collaborating with individuals and groups with similar aims to campaign for awareness-raising and education about racial justice to be an integral part of training in seminaries, colleges, schools, parishes and Catholic organisations; and by facilitating the integration of the spiritual, liturgical and theological with the moral and political struggle for justice and cohesion.

CARJ is celebrating its achievements over 25 years with a series of regional events across all of the dioceses of England and Wales, culminating in a national event at Westminster Cathedral on Saturday 7th November 2009, celebrated by Archbishop Vincent Nichols.  The theme of these events is‘The Changing Face of Britain’.

Please join CARJ in these celebrations, which welcome people of all faiths and none, and from all the different communities that make up our rich society.  Further information about the events and how you can get involved can be found at www.carj.org.uk.

[3]The General Assembly of the United Nations, The Universal Declaration of Human Rights, 1948, Article 1 & Article 2 (part)