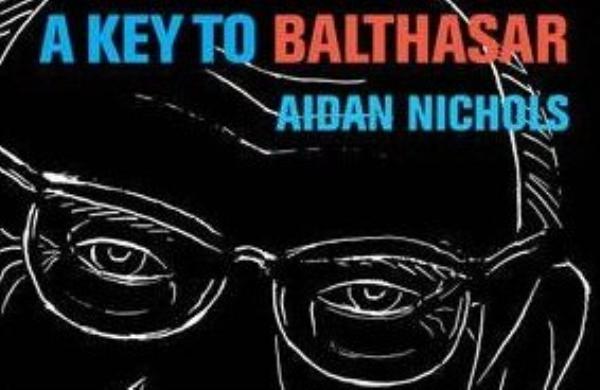 Aidan Nichols is the leading authority on the writings of the Swiss theologian, Hans Urs von Balthasar and the most prolific writer of theology in the English language. His latest project must surely be among his most ambitious: to condense the theology of Balthasar into a book of little more than 100 pages. His principal aim is to offer a way into Balthasar’s unwieldy corpus for the non-specialist reader. But in his conclusion Nichols says that during the writing a second aim emerged: to fulfil what was Balthasar’s own goal in writing, namely ‘to encourage readers to holiness and to steady them in the praying life that flows from the theological virtues’ (p. 115). Nichols’ work has met these aims admirably.

The key to Nichols’ clarity and his refreshing style is an attractively personal touch through which you cannot but be inspired by the author having lived and worked with Balthasar’s ideas over a long period. In the foreword he recalls how he struggled to begin to understand Balthasar but how gradually he was shown a way forward amid what he calls the ‘theological ice-age’ of the 1970s. ‘Surely’, Nichols asks, ‘this humanistic make-over couldn’t be all that Catholic Christianity had to offer?... It was to try to get to the sheer spiritual greatness of the revelation to which the art of the Church and the historic liturgies bore witness that I (and, I am sure, others) turned towards Balthasar’ (p. viii).

The book is structured around the three volumes of Balthasar’s trilogy: The Glory of the Lord, on beauty; Theo-drama, on goodness; and Theo-logic, on truth. Taking these together Nichols aims to provide a key to Balthasar, stressing it is ‘a’ key, not necessarily the only one. For each of the three works we are given a key word through which to understand the message: for beauty this is ‘form’; for goodness, ‘freedom’; and for truth, ‘logic’.

The book, however, has four main sections, not three. Chapter I gives very helpful background to Balthasar’s fundamental concept of ‘Being’, a precondition of his whole theology. Nichols calls this chapter, ‘Balthasar and the Transcendentals’. He reassures his readers that they need not be scared off by the technical term, ‘transcendental’; it just means, ‘universal’, what is not confined but goes beyond particular categories.

Nichols gives a brief summary of the influences on Balthasar’s view of the transcendental, directing the reader to other, longer works with which they can take further their study of this idea. In a nutshell, Balthasar’s theological starting point is presented as ‘ontological realism’: human powers of seeing, touching, hearing, smelling, tasting, ‘give us access to things as they really are: participations, varying in scope and intensity, in being itself… and the Source of such being is God’ (p. 2).

The author goes on to unravel this by comparing and contrasting Balthasar’s fundamental theology with other influential thinkers. As with much modern philosophy, he says, Balthasar begins with human subjectivity but, in contrast to Kant and transcendental Thomism, he sees the human subject ‘in immediate relation with the truth that lies outside itself’ (p. 2), which cannot be separated from the love which is beautiful, good and true. Thus we begin to see clearly Balthasar’s view of humanity in its finitude being open to that which is infinite.

This opening chapter is crucial groundwork for any student or casual reader. Many introductions to significant theologians or theological schools can ignore or cloud the fundamental philosophico-theological background. Nichols provides this background in such a way that we can better understand Balthasar’s theological tapestry, admittedly not a theological system but still with certain presuppositions. Turning first to the transcendental helps the student to see, with Balthasar, revelation and creation as a symphonic whole, the holistic unity of beauty, goodness and truth which can be experienced by humanity.

The book then turns to the three qualities of ‘Being’ that Balthasar addresses. In Chapter II, on the ‘Beautiful’, Nichols shows us how Balthasar reawakens a theology of the senses through the rediscovery of the Catholic appreciation of the beautiful. This is explained as an expansion on scholastic teaching on the unity of the definitely-shaped, present reality and the infinite, leading the mind to infinite possibilities. In scholastic thought this included the notion of the ‘sublime’, that which can never fully be grasped. But Nichols shows us how a key to Balthasar’s contribution is to teach that the ‘sublime’ of infinity has a definite form, too. This is Christ, who joins the finite with the infinite in the central mystery of the incarnation. The theology which emerges from this is succinctly expressed: ‘a rich and complex activity’ that encompasses, ‘careful logical analysis’ – which enables us to be clear about what we believe – but also, in the aesthetic dimension, ‘embraces the adoring contemplation of God’ (pp. 31-2). Nichols reminds us, however, that for Balthasar faith cannot be reduced to a process which takes its lead from the human self-understanding that occurs when we hear the Gospel. Rather we are called forth by Christ whom we see objectively – and when we see Christ for the first time we see God. Nichols’ succinct summary here gets to the heart of the divide between Balthasar and Rahner.

Chapter III turns to Balthasar’s Theo-drama, on goodness. Nichols brings out the significance of the category of drama: salvation is not just an idea or even a narrative, but action. The key word here is ‘freedom’, and at the heart of the dramatic action is the interplay of infinite and finite freedom. The theo-dramatic action leads to our participation in Christ’s mission; and the central place of Christian conversion and discipleship in Balthasar’s thought are recognised here as very important. This is an interesting reflection, especially from a Dominican pen. Nichols recognises in passing the influence of the Spiritual Exercises on Balthasar, himself a Jesuit who left the Society to found a lay community. It seems right to me that Ignatian spirituality is recognised here but shown as only part of his theological background. Also central to Balthasar’s thought, as Nichols shows, is the scholastic understanding of analogy of being leading to that of analogy of charity. It is this that helps him to see humanity called forth to realise its fundamental human identity in God’s likeness (p. 83). What does seem to be underplayed in this book, however, is the influence of the visionary Adrienne von Speyr, to whom Balthasar owed so much for his Theo-drama.

In Chapter III, Nichols also gives a very helpful explanation of Balthasar’s Trinitarian theology, showing how fundamental the dogma was to him. Here he spends some very useful time exposing flaws in the argument of one of Balthasar’s detractors, the French Jesuit Bertrand de Margerie. This is very valuable to the interested reader who, in following up on Nichols’ introduction, will soon encounter objections to Balthasar’s thought. Continuing in this vein, Nichols helps the reader understand the contours of the topical debate on universalism. He explains very clearly how Balthasar is not a universalist but interestingly does not make much reference to the key narrative of Christ’s Descent into Hell and the current debate engendered by Alyssa Pitstick’s recent work, which questions Balthasar’s orthodoxy here (there is, however, a brief footnote on this debate in Chapter I).

Finally, Chapter IV unlocks what Balthasar means by truth. Nichols explains how Balthasar sees Christ as the Truth of the world, a truth in which we are called to participate. Nichols shows us the shape of this truth as that which is ultimately about love. This is truth ascending and descending, the ‘ana-logic’ and ‘cata-logic’. The ‘ana-logic’ shows us in the world features which point towards the transcendent; the ‘cata-logic’ shows us that, ‘through his Incarnation God brings a new quality of being, a new ontology, into the world’ (p. 106).

In this final chapter we see a more expository style, outlining what Balthasar says, but, in the context of the previous chapters, we can discern how Balthasar’s work is a unity. We are brought back to the beginning in seeing the interplay of the objective truth which is God in Christ and our call to be open to this. The content of this truth is infinite love and we are called to respond not so much by grasping this as by embracing the beautiful, good and true offered to us. ‘Pondering the divine Logic’, says Nichols in the closing paragraph, ‘should change not only our minds but our hearts’ (p. 111).

This book is to be highly recommended for anyone wanting to have unlocked for them the treasure of Hans Urs von Balthasar’s theology. It will be invaluable for undergraduates and anyone interested in learning more about this key theologian of the contemporary Church. It will surely also fulfil the author’s own secondary aim: to lead its readers to prayer of faith, hope and charity, to greater holiness of life.

The reviewer, Dominic Robinson SJ teaches Systematic Theology at Heythrop College, University of London and works in adult religious education in the Archdiocese of Westminster. He is the author of Understanding the “Imago Dei”: The Thought of Barth, von Balthasar and Moltmann (Ashgate, 2011).

St Henry Morse SJ: ‘A saviour of life unto life’
Alfred Delp: committed to Christ
‘Give them something to eat’: The Christian approach to food aid
Richard Attenborough: A life in pictures
The renewal of religious life and Fratelli tutti