Skip to main content
Photo by mrsdkrebs at flickr.com 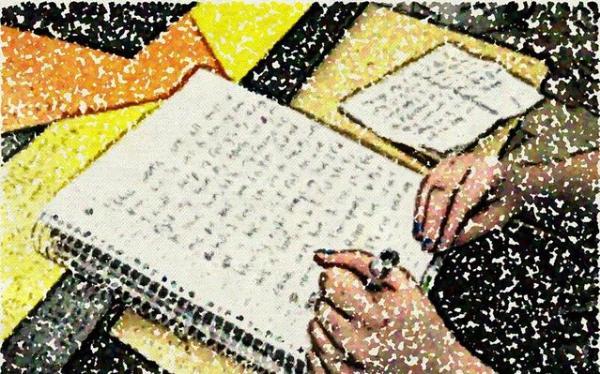 The LSE Literary Festival 2012 adopted the theme of ‘Relating Cultures’. There are few places where the meaning and challenges of this phrase can be seen more clearly than in South Africa. But can the South African experience be conveyed honestly and accurately through the written word? Grant Tungay SJ heard two prominent fiction writers talk powerfully about the difficulties, impact and importance of telling their stories.

I was excited and curious as I made my way through the streets of London towards the London School of Economics to hear two South African authors discuss South African culture and the latest developments in South African fiction. The LSE Literary Festival 2012 had invited Denis Hirson and Kopano Matlwa to present their work and examine the ways in which South African fiction writers are finding innovative ways to present the connections between cultures and races, while still exploring issues relating to cultural and racial dividedness. A new creativity seems to be emerging, ushering into South African fiction new styles of narrative. I was intrigued not only by the scope for exploration, but because the topic, ‘Relating the Divided City in South Africa’, touched on something that is very present in South African consciousness. With South Africa still trying to deal with the divisions of its past, an important question facing the country is how to deepen understanding between different cultures and backgrounds. A dialogue between cultures represents one of the most exciting opportunities for contemporary South Africans. So, it was with great anticipation that I went to listen to two authors who are exploring ways to do just that through their fiction.

What would unfold eventually at the event was an atmosphere that quite defies description. This was more than an abstract discussion about South African culture in current fiction. Both authors read from their work, letting the power of the written word spoken aloud take hold of the audience. We were lead into the worlds created by Hirson and Matlwa, into the South African past and present, and invited to let the experience go where it will. It was dynamic.

The book that Hirson was reciting from was The Dancing and the Death on Lemon Street, which was published last year. The novel describes the lives of people from across the racial spectrum in Johannesburg in 1960. It explores the South African lives touched by events of the time, using prose that is heavily influenced by a fascination with poetry. Hirson started his writing career as a poet, and has enjoyed exploring the boundary between prose and poetry. He left South Africa in the early 1970s at the age of 22; he settled in France, where he is currently is based, teaching at the École Polytechnique outside Paris. Even though he has been in France for the better part of three decades, the memory of the apartheid years in South Africa has marked him deeply and continues to draw him back in reflection. It is this creative use of memory that sets his work apart.

In the discussion that followed, Hirson described the process he follows when writing about the past in South Africa. He mentioned that it had taken him a while to realise that he could write from his own experience of South Africa in his youth, even though he had not been conscious then of the full reality of the situation facing the country. Taking his experience as his starting point, he ‘creatively goes back’ to the past to imagine what it was like. He does this in the ‘open space’ of the novel, where the fictional characters take on a life of their own. He described the process of exploring the past creatively as ‘psychic archaeology’, entering into the different experiences of the characters he writes about. This term conjures up images of digging and excavation to discover the secrets the past holds. Like archaeological explorations, which uncover something that has remained hidden for so long, this psychic archaeology deals with stories as yet untold and unexplored. In speaking about this process during the Mail and Guardian Literary Festival held in Johannesburg last year, he mentioned that the past was an ‘inexhaustible resource’ and that he wanted to continue to dialogue with South Africa through his writing and creative use of memory. His writing represents, on many different levels, the journey of someone trying to understand the past and discover its deeper meaning for himself and others.

Matlwa was reading from her second novel, Spilt Milk, published in 2010. It is the story of two characters who are expelled from their respective communities after a childhood love affair and are brought back together again in unusual circumstances. Mohumagadi is a respected school principal in charge of a school for talented black children and Father Bill a disgraced preacher. Mohumagadi agrees to let Father Bill take on a teaching position at the school, and in the process initiates a battle for the hearts and minds of the faculty and students against the background of social change and revolution in the country.

What is so powerful about the work is that it reflects Matlwa’s own feelings about growing up in the new South Africa. In the discussion about her work, she was very honest about the emotional reality for herself and others in contemporary South Africa. She was still quite young at the time of the general elections in 1994 and grew up with hopes of renewal, of happiness and flourishing. However, she describes feelings of anger and disappointment after the first ten years of the new democracy, as these hopes remained unrealised and old wounds unhealed. She spoke of the need to talk about divisions that are real, and the process of writing was in response to a need she had to express and explore. She started writing when she was 18 as a part of this process and continued to write during her studies in medicine at the University of Cape Town. When her first novel Coconut won the EU Literary Award in 2006 she realised that her work was valued as an integral contribution to contemporary South African writing.

Although a qualified medical doctor and currently pursuing a career in medicine, Matlwa remains dedicated to the process of writing. While seeking to express emotions of disappointment and frustration at the lack of growth and development in South Africa, her contribution to South African fiction also lies in the new directions she is exploring creatively. Like Denis Hirson, she is keen to express the untold stories of South Africa. She describes her desire to tell stories of love and the stories of the dreams that ordinary South Africans have; these are the stories that have remained hidden until now. For Kopano, these stories represent a growing desire in her own life and in contemporary South African culture to move beyond the present and into a brighter future. She insists there is a real need to tell these stories and for others to hear them. She adds that this new atmosphere of creativity in South African fiction makes being a writer both exciting and engaging.

The experience of hearing two dynamic and talented South African authors read from their work, and lead the audience into a ‘liminal space’ where the old is rediscovered and the new celebrated, was very moving. It demonstrated the power that fiction can have in giving meaning to the journey that we have travelled and providing encouragement for the journey ahead. Denis Hirson and Kopano Matlwa have made invaluable contributions to the ongoing dialogue in South Africa between cultures. Admittedly, this dialogue may be confined initially to the readership of Hirson and Matlwa, but there is reason to hope it would impact wider circles: such is the power of story-telling. What this fiction represents is a creative response to the desire to make connections and deepen understanding between South Africans from all cultural backgrounds and walks of life.

‘Relating the Divided City in South Africa’ took place at LSE on 2 March 2012.

‘Faith, Doubt and Certainty in a Secular Age’

It is in our hands