Skip to main content
christmaspresents by Alice Harold at Flickr.com 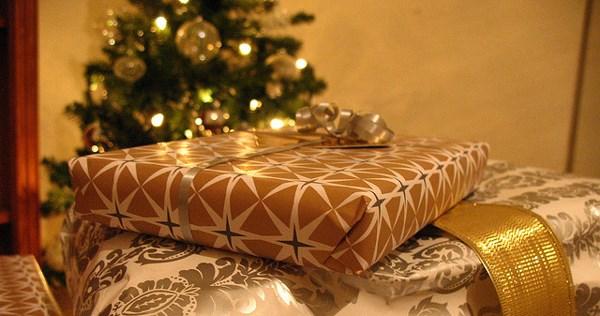 If ‘Jesus is the greatest gift of all’, why are our Christmas lists crowded with expensive, impersonal ‘must-haves’? And why do we sometimes dread buying presents even for the people we love? This year, Sarah Broscombe encourages us to turn our gift list into an inspiring, reflective and joyous part of our preparations for Christmas.

Advent has begun. No matter how determined we are to keep our focus clear, many of us find the calm and joy of the season allayed with hurry and worry. By no means the least of our stresses is Christmas present shopping.

Whilst some trace the tradition of exchanging Christmas presents to the Roman habit of gift-giving at Saturnalia, or to Yuletide as a season of plenty, most agree that the custom takes its cue from the giving of gifts to the infant Jesus by the Wise Men, as recorded in Matthew’s Gospel. As early as 248 AD, Origen interpreted the significance of the gifts: gold symbolises Jesus’s kingship; frankincense his deity; and myrrh his mortality. More broadly speaking, gold can represent dignity, frankincense one’s true nature and myrrh one’s vulnerability. These are not gifts of habit or of reciprocal expectation; they are gifts that resonate. They speak of a knowing between the giver and the receiver. They offer recognition, admiration and love.

So as a gift to yourself, why not set aside some reflective time to write your gift list in the spirit of the origins of the tradition? Why not create a list that actually reflects the marvelling of the Wise Men, the mind-boggling generosity of God, the gorgeousness of your friends and family, and the thrill that you have had on those occasions when you receive a truly apt gift?

What makes a truly apt gift? Children are generally better at receiving with glee, so perhaps throw your mind back to a wonderful Christmas or birthday in your own childhood. I’d suggest that it’s not generally the ‘give a goat’-style virtual gift, which has its place but can seem more dutiful than joyful. It’s more like the offerings of the Wise Men, which reflected their kaleidoscope of moods. It’s more like the Incarnation, where God gave us what we most needed although probably least expected. Look for a king in a palace and instead you find a baby in a barn. And what about Jesus himself, what did he give? Not tracts or alms, but bread. Fish. Healing. Forgiveness. And, with everything, stories. He caused outrage by receiving lavish gifts, too, in the face of pseudo-virtuous disapproval. In Luke 7, we see a great example of the risk and the love that comes with real gift-giving: a sinner pours ointment and her tears on Jesus’s feet and wipes them with her hair. This gift is intimate for both giver and receiver, so much so that it embarrasses the host and the disciples into meanness of spirit. But Jesus, the receiver, is not embarrassed. He is deeply moved because her gift is truly apt.

So what do you want to give? What would be apt from you and apt for the people you love, at this moment? Here is one approach. Start with your list of names. Read them through to yourself, slowly. I suspect most of us would agree that making time for these people, thinking of and praying for them regularly, would be a bigger gift than a book or a bottle of perfume. So I'd suggest that you treat your gift list as a meditation or prayer. This is a chance to bless the people you love. Then ask yourself some questions, and see which resonate best with which people. Here are four that might help you get started:

When I hold these questions in mind, they bring back memories as well as evoking ideas.

2. What would I give them if I had no money at all?

When I was a teenager, my father was self-employed and one Christmas we were particularly struggling for money. I had nothing at all to spend on friends' gifts. (The main cause of pain in this was not due to my generous character, sadly, but because most of them were wealthy and I felt humiliated.) So I spent four weeks frantically making pompoms and turning them into creatures. A family of owls for a very academic friend, Igor the Spider for a fan of the character, a bee for the hardest working... I handed these out, face burning with shame, stiffening my sinews for the pity party. Everyone loved them. In fact, now in my forties, I recently discovered that two friends still have them. I thought far more carefully about the particular characters of my friends in making those gifts than I would have done by rushing round the shops. Straitened circumstances were the catalyst for a better kind of giving from me.

3. What would I give if I could give them the moon?

When my father was dying, for three or four months he received a constant stream of letters from people whose lives he had touched, telling him exactly what his influence had been on them. All were handwritten, and they were a source of incredulous joy to him. He was astonished to hear people's detailed articulation of what he meant to their past, present and future. I was filled with gratitude that those people had made the time. Simultaneously, it made me wonder why we have to be dying before the people who love us will stop to say so, carefully and thoroughly. But at the time, these letters were exactly the gift that he was yearning for. They combined the myrrh he was so sensitised to with a sweetness of frankincense.

So when you think about the people you love, what do they really, really want? Is there anything you can give them, no matter how small a symbol, that will turn their thoughts happily towards that yearning?

4. What do I really treasure? And what about them?

Which ten things would you rescue if your house was burning down? It's possible these are your ten most financially valuable possessions, but I doubt it. It might be a photograph, a journal, a souvenir from a journey or adventure, an item given to you by someone deeply loved. Knowing the people on your list as you do, what objects might they treasure? Is there a photo you could print that would evoke wonderful memories? A beautiful, blank journal? An ordinary item they would associate happily with you, or with the history of your friendship?

More than anything else, I am struck when I ask myself questions like these that Christmas presents turn into a chore when they become one-directional. If my focus is solely on the giver or entirely on the receiver, I worry about getting it wrong, or appearing stupid, or appearing too mean or too lavish. Real gifts are about the cord of connection that runs between two individuals. They are an opportunity to relish and celebrate the unique nature of that connection.

And most importantly, by turning the gift list-planning into a meditation on my friends, I give myself the chance to approach them more as God does. I consider them with attentiveness, wanting something special for them, giving a gift that is about both of us. The gift itself may be unexpected or mundane, simpler than usual or untidier. But the whole process of giving is charged with a different kind of Christmas.

Sarah Broscombe is a charity manager, trainer and coach. She currently works with the Jesuits as a retreat guide, and is a board member for Jesuit Missions.