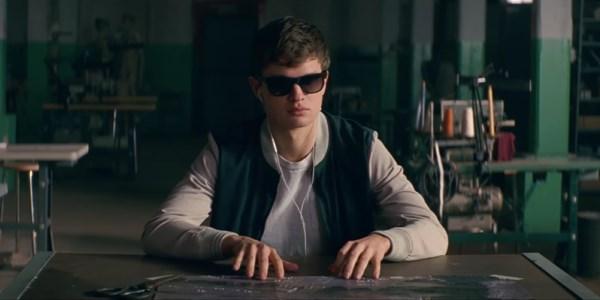 There was a crisis in watch making in the late 1970s.

Until that point, the Swiss watch was the benchmark of quality, precision and durability. The insides of such a watch were an intricate system of finely chiselled balances, cogs and springs, powered by a regular manual-winding mechanism. Watches told you the time, certainly, but they were more than that: they were rare and precious works of art. Watches were passed-down through the generations and, as they progressed through time, they picked up the sheen of family history. Masterpieces of horology, they were created by artisans and repaired and adjusted by craftsmen.

It was in the late 70s, however, that the Japanese proved that a wristwatch could be made cheaply and reliably using plastic and silicon. Who needed an expensive Swiss watch made from silver and gold, which even needed winding, especially when it was not as accurate as the battery-powered digital version from Tokyo?

The response to the crisis of the late 70s came in the early 80s with the more commercial Swiss watch: the Swatch. Swatch produced watches from inexpensive plastics and electronics and branded them with the characteristic cross of the Swiss flag, thus hinting at the quality of the classic Swiss watch; but they injected a brashness, polish and glitz that screamed ‘Buy Me!’ to the fashion-conscious consumer who was likely to be looking for a watch that matched his or her outfit.

Some of the most enduring of classic films in cinema history could be likened to the traditional Swiss watch; they are the Rolexes and TAG Heuers of the movies. They work with a complex, honed precision, which is so satisfying to the heart. Such films resonate across cultures and can be re-watched on numerous occasions.

Harold Ramis’ clever and touching Groundhog Day is one such classic, as is Frank Darabont’s uplifting Shawshank Redemption. Such movies are found in all genres: from Steven Spielberg’s intricate sci-fi movie, Minority Report to Gabriel Axel’s beautiful Babette’s Feast. You can probably name your own favourite – be it Kind Hearts and Coronets or Buster Keaton’s silent masterpiece, The General. All these films show a craftsman bringing an idea from conception to execution.

Classic films (like classic watches) are works of art that persist through the ages, carrying their timeless story to and becoming part of the narratives of a new generation. How many people interweave their own Christmas stories with the memories of watching Frank Capra’s It’s a Wonderful Life?

Edgar Wright’s movie Baby Driver is not a Vacheron Constantin Patrimony Tourbillon (a Swiss wristwatch that will cost you the same as a new Lamborghini) but it is very consciously, and enjoyably, a Swatch.

The film has a streamlined narrative (Wright both scripted and directed the film) that takes you on a breathless, brash, brightly-coloured steeplechase of bank-heists and car pursuits. The whole package exudes a raw energy and is delivered with a panache and confidence that is truly impressive.

Wright is a young Englishman who has done an apprenticeship in both television and cinema. Baby Driver is likely to be his breakout American movie, which will make the Hollywood establishment sit up and take notice. From writing/directing the rather British-flavoured movies Shaun of the Dead, Hot Fuzz and The World’s End, he has broadened his cinematic palette to script The Adventures of Tintin for Spielberg’s big-screen animation.

Wright describes Baby Driver as ‘kind of like a musical’, which is true, but don’t expect a traditional version of Oklahoma. The music is a wall-to-wall mosaic of sound, which intertwines beautifully with the action on the screen. The pounding, interactive playlist weaves through from The Beach Boys, The Damned, Martha and the Vandellas to Dave Brubeck, and then Sky Ferreira singing ‘Easy’. The imaginative conceit is that Baby (played by Ansel Elgort) is a young and skilled driver of getaway cars who suffers from tinnitus and constantly needs to have music playing through his ear buds. In the film, we enter his world and we listen to his life’s soundtrack. And it’s loud.

Wright inserts a wonderful prodigality into this story of love, betrayal, sudden violence and redemption. Although the film is not a comedy, it has some laugh-out-loud moments, which are as unexpected as they are welcome as breakers of nervous tension. There is a delicious throwaway visual gag about a last-minute confusion over robbery masks, which will delight the cognoscenti of the obscure.

Wright also has the confidence to pause for a moment and waste time on a trivial detail – a talent he shares with Scottish filmmaker, Bill Forsyth – shown well when he delicately fleshes out the character of an 8-year-old boy, Samm. The young boy has only a momentary presence in the rollercoaster of the drama, and the landscape didn’t need the detail, but it enriches the canvas exquisitely. In this, Wright (like Bruegel in his painting ‘The Harvesters’), shows the eye of the artist not just the technician.

So, Baby Driver is a very good film; but why a Swatch and not a Breitling Chronospace? Because despite its wonderful artistry, it is two-dimensional and does not try to explore the third dimension of the mystery and the intricate workings of the human soul. Wright doesn’t attempt to offer any insight into depth of character or the consequences of moral complexity. It is that trait that really marks a classic movie, and (at times) allows such a movie to speak a truth to the human soul more effectively than even the finest spiritual writings.

Graham Greene used to describe his more light-hearted novels as ‘entertainments’ and in Baby Driver, Edgar Wright has created a wonderful entertainment – brilliant, engaging, fast–moving, but (ultimately) a sophisticated comic-strip.