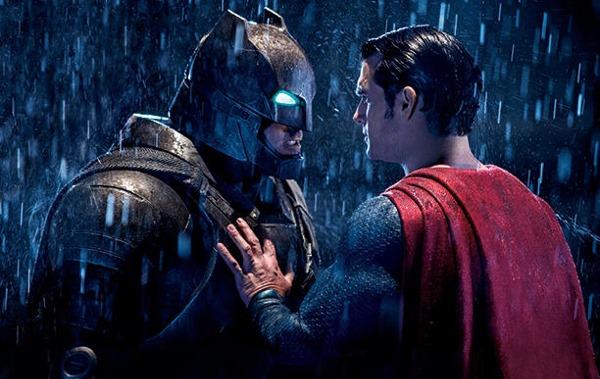 As the negative reviews continue to pour in, it may seem as if the heavily anticipated Batman v Superman: Dawn of Justice has been a huge let down. One particularly scathing critique calls it ‘a stink bucket of disappointment, a sad and unnecessary PG-13 orphan fight’.

However, this was not my experience. Context is everything. There are several factors to consider before you assess this film. Firstly, this is a sequel (of sorts) to 2013’s Man of Steel so it is difficult to understand the storyline if you have never seen that film. Secondly, the film serves the purpose of giving the audience a preview of the main characters in the DCEU (DC Extended Universe – Man of Steel was the first film in that series and Dawn of Justice is the second): this is the first time that we see Wonder Woman appearing in a movie and the first time that Batman (Ben Affleck), Superman (Henry Cavill) and Wonder Woman (Gal Gadot), usually referred to as DC’s Trinity, are together on the big screen. Wonder Woman’s origin story will be released in 2017, and solo films will follow for the other founding members of the Justice League, some of whom have cameos in this film; and they will all team up in The Justice League Part One in 2017. This is alluded to in the sub-title of this film: ‘Dawn of Justice’.

The film is directed by Zack Snyder (300, Watchmen, Man of Steel). Snyder has loosely drawn material from two main comic book sources: Frank Miller’s 1986 The Dark Knight Returns and the comic book mini-series The Death of Superman (1992). With all this in mind, the film is better appreciated.

Whenever a new cinematic incarnation of Batman appears, there is always an important need to reference the most defining moment of Bruce Wayne’s life, the death of his parents. The film opens with a dream sequence depicting this pivotal event which set him upon the path of upholding justice. The next significant scene shows Wayne watching the destruction of one of his buildings in Metropolis during Superman and General Zod’s battle towards the end of Man of Steel. As he witnesses the death and destruction caused by the super-beings, the helplessness and anger on Wayne’s face is clearly visible.

The architect of what he dubs ‘the greatest gladiator match in the history of the world’ is none other than the billionaire Lex Luthor. Lex views Superman as a ‘god’ due to his strength and apparent invulnerability. His sole motivation is to discredit and kill the Man of Steel. Lex’s hatred of Superman is not fully explained but it seems to stem from his experience of evil and his contemplation of the Problem of Evil. It may also be the case that Lex wants to be the most powerful man on earth and Superman frustrates his plans for world domination. He reasons that, ‘if God is all-powerful, He cannot be all good. And if He is all good, then He cannot be all-powerful’; and, he tells Superman, ‘neither can you be.’ Lex seeks to prove his thesis by forcing Superman into doing something which we have seen him do before in Man of Steel, namely ‘kill’: he demands ‘the head of the Bat.’ However, like any villain worth his salt, Lex has a backup plan. Using Kryptonian technology, he creates ‘Doomsday’ who for him is the devil that will kill ‘God’ if man cannot do the job.

Lex, who appears to be quite the detective (he has files on the future members of the Justice League and knows their identities), has also been anonymously taunting Bruce Wayne over his failure to protect his employees. It is difficult at first to imagine a normally very level-headed Batman wanting to eliminate Superman permanently when he is usually a ‘let the law run its course and lock them up’ type of guy. Nevertheless, it has to be remembered that never before has Batman fought someone who has the power to wipe out the entire human race, and so he reasons that if there is even a ‘one percent chance that he is our enemy, we have to take it as an absolute certainty.’ Twenty years of fighting crime have clearly taken their toll on Batman and he is on the verge of losing his humanity by crossing the ‘Batman doesn’t kill’ line. Wayne suits up, shines his bat-signal into the sky and waits to show the world that a god can bleed and die. There is a clear winner of the fight.

The film raises very interesting questions but provides few answers given the many functions which it has to fulfil. Story-telling is unfortunately lost to action. What lessons if any, might be learnt from the movie? Perhaps it is a cautionary tale about losing one’s humanity in the pursuit of justice. Or perhaps it is a call to recognise the humanity in others, even in those we view as ‘aliens’. The theme of sacrificial love is hinted at but is never fully developed. Interestingly, as the film was released on Good Friday, its closing shot is of a grave. There is hope. I believe that the best is yet to come.

Batman v Superman is merely a glimpse into an expanding cinematic universe which will be explored over the coming years. Those who were hoping for instant gratification via a simple plot and clear-cut fight between the two heroes will be sorely disappointed.