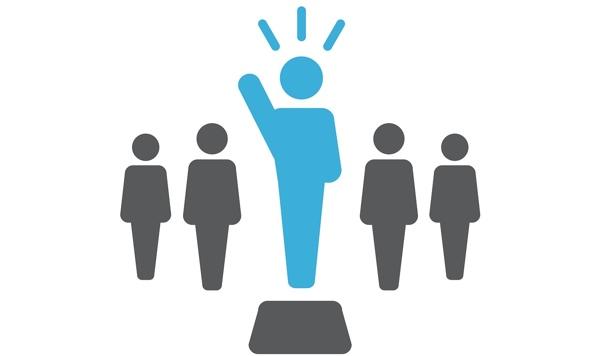 The votes for the leadership of the Labour Party in the UK and the presidency of the USA are both imminent, and so we can expect plenty of discussion about authority and governance over the coming weeks on both sides of the Atlantic. But what does good leadership look like, be it political, ecclesial or otherwise? Nicholas King SJ looks for answers to this question in the bible.

Wherever you look these days, politics seems to have mislaid its comfortable predictabilities. A majority of Britons (though I have actually met very few who admit to it) has voted for the United Kingdom to leave the European Union; and no-one seems to know what to do about it, or how things will look once we have done it. There is tangible disarray in all the British political parties and (I write this deep in the silly season; doubtless by the time the party political conferences come round, the emperor will have cobbled some clothes together) it is far from clear what their future will be, after some repellent back-stabbing on all sides. Many seasoned observers predict the end of the two-party system, and it is possible that they are right. Those who lift their gaze across the Atlantic find themselves alarmed by the forthcoming Presidential election, for a number of reasons. In several other countries there is a clamour of accusations of corruption against the governing party. The presidents of France and Germany appear to have mislaid their ordinarily deft touch with their electors. All over the world, there is a growing sense of ‘them’ and ‘us’, and electors seem ready to adopt their only possible revenge, either by taking the ballot box seriously, or by refusing to vote on the grounds that ‘it only encourages them’. Even the Church seems to be experiencing a certain distance between ‘those in the pew’ and ‘those in charge’, which it ought not to ignore.

What is the answer? With some hesitation, I should like to admit to having written a recent book that may assist our thinking on leadership.[i] It aims to see what the bible can say to us about leadership in our present crisis. The book originated in a widespread feeling of discomfort about how leadership was being exercised in the Catholic Church and a desire to see how the topic is handled in Scripture, both Old and New Testaments. The book was taking shape and the early chapters had been written when the cardinals took me by surprise and elected a pope with a very different leadership style. Nor is it a matter of just one man; it seems clear that the Spirit is inviting the Church to exercise authority in a notably different way from now on. Bearing in mind that the new pope had, like all Jesuits, made the full Spiritual Exercises twice in his life, I shaped the book in the light of the structure of the Exercises that St Ignatius Loyola left for us, starting with the ‘First Principle and Foundation’, which reminds us that we are created to ‘praise, reverence and serve God our Lord’. The First Week, in which we confront ourselves as forgiven sinners, is followed by week two, the life of Christ, in the course of which we are to make the choice of the manner of life to which we are being called. After that, the Third Week is devoted to Jesus’s suffering and death, and is intended as a way of confirming the decision, once we see how uncomfortable the consequences can be of choosing otherwise. Then St Ignatius takes us into the Fourth Week, given over to praying the Resurrection. This should take us joyfully out of retreat and back into our world and to the vocation to which the Lord has called us.

That, as I say, is the shape of the book. What does it say about leadership that might be of help today?

The short answer is that in the book it becomes evident that the only people in the bible who get authority right every time are God and Jesus. And how does that happen? The clue is in the title of the book, which advertises God’s helplessness. This is a title with which several readers find themselves uncomfortable, but it describes the situation into which God has voluntarily gone in creating human beings. That is to say that because the name of the game is ‘love’, and because love cannot be programmed, God has created us as free beings, and therefore simply does not know what we are going to do next.

We can already see God’s helplessness in the second chapter of the bible, when the Almighty waits to see what the first human (for whom God is trying to find a companion) is going to call the various other beings whom God has created. That becomes even clearer in chapter 3, when the woman gives in to the serpent’s blandishments and eats the fruit, enticing her husband to do the same. For then things go wrong, and they realise that they are naked, so must hide from the God who is heard walking in the garden in the cool of the evening. When God comes calling for them (helpless, you see), they have to hide, because they realise what they have done. Under those circumstances they have to leave the garden into which they have been placed, but there is a verse, not often noticed in that chapter, which says that ‘the Lord God made leather garments for the man and his wife, with which he clothed them’ (Genesis 3:21). Here is our clue: the God of the Old Testament is not the tyrant that we too readily assume, but a servant, trying to make things better for us.

The book then continues, more or less in biblical order, to show how the scriptural texts reveal our human lust for power and our refusal to serve. There is the tale of Moses’ leadership (and the six excuses that he made to avoid accepting the post); there are the difficulties that Joshua experienced as Moses’ successor. Then we are invited to listen to the tales of the Judges, some of which are pretty hairy. And we are therefore not all that surprised when the people of Israel demand a king to rule over them ‘just like the other nations’. But God overrules the prophet Samuel’s hesitations and (here’s the point) remains unfailingly faithful despite our greed for a different political system. The story unfolds with regal disaster after monarchical disaster, the fall of the Northern Kingdom in 720BC, and the destruction and capture of the Holy City (a much greater disaster) a century and a half later, when the Temple is destroyed, the monarchy apparently brought to an end, and the leading citizens all taken off to Babylon. And so on: you can read this portion for yourself, and the book makes the suggestion that this is the ‘First Week’ of the Exercises, the moment of recognising that sin is a power in the world.

Then Jesus comes into the world, God’s last word on the matter, the final testimony of God’s fidelity. We are invited to respond to his call, and to walk by his side as he seeks to build the kingdom. We applaud as some agree to become disciples, though we also notice, nervously, how readily they get it wrong, and even make attempts to gain authority over the rest. But we listen to Jesus teaching about how to do authority, and we watch the way he exercises it. Above all, he faces death with a serene countenance, and there is the challenge to us: can we do the same as we respond to his call (here, of course, we are in the Third Week of the Exercises)? Finally, God vindicates Jesus, and he is raised from the dead on that first Easter Sunday, and that gives us the Fourth Week of the Exercises, the mood in which we should emerge from retreat.

It does not stop there, however, for Jesus in the Acts of the Apostles remains present to the disciples, and teaches them how to carry on with their mission. If they get it right, they should be imitating God’s helplessness and Jesus’s refusal to make a grab for power. Sadly, however, that is often beyond them; but if we (the Church) were to get it right, the world would be a better place, and were politicians also to follow suit they would be a good deal more admired than is at present the case.

Am I arguing therefore that there is a window here for the Church, one that we should seize at all costs and come back to dominating the lives of all? That would be precisely to miss the point. It is a disaster when the Church gets too wealthy and too powerful; and it is a failure to follow Jesus (tempting though it undoubtedly is to think ‘my intentions are good; it does not matter if I get a bit of power and a bit of money’). In recent weeks I have viewed the bare remains of monasteries and religious houses in the North and Midlands of England that did wonderful work but finally lost the plot and became too rich, too powerful – and had to be destroyed.

From now on, I am arguing in this book, no one – in politics, or in the Church, or in your local gardening club – should aspire to leadership unless they are prepared to serve and to assert that God alone is in charge and, if necessary, to die for the cause. We have been brought to a new place by the present disarray in world politics, and there is an opportunity. But it is not an opportunity to seek power. It is the chance to serve.

There is one further reflection here. Britain now has, for the second time, a woman prime minister, and the First Minister of Scotland is a woman, as of course is the monarch. Elsewhere there are other women in leadership: in Germany and conceivably, come November, in the United States of America. Is it entirely fanciful, in the light of this development, to hope for a more mature approach to politics than the macho male style that has had its day? It seems possible to argue that women, for example, have more sense than men about resorting to war.

Whether or not that is the case, the time has certainly come to put an end to the discourse of hatred and impoliteness that marked the debates about our recent referendum; and an end also to the unblushing repetition of untruths that were likewise a feature of those discussions (for not everything that was said on either side could possibly be true).

Whatever happens, political (and ecclesial) leadership can only hereinafter be exercised by turning our attention to this helpless God; and here the Church may have something to offer.

Nicholas King SJ is Formation Delegate for the Jesuits in Britain and teaches at Heythrop College, University of London.

[i] The Helplessness of God: biblical models of leadership, Kevin Mayhew 2014