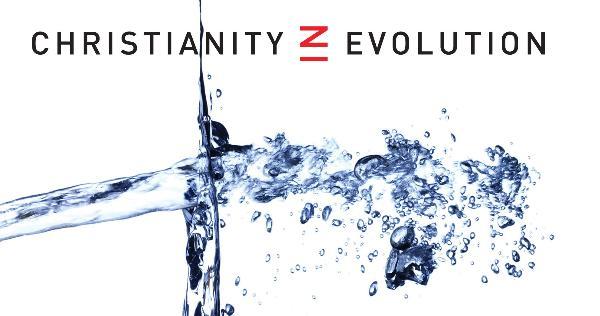 In Jack Mahoney SJ’s Bioethics and Belief, he described theology as ‘making faith-sense of experience and experience-sense of faith’. That has been an inspiration to me ever since I read it. As he notes himself in the attractive Introduction to his Christianity in Evolution, it was the same insight which motivated him to undertake this new, major work:

Because our common human experience is being faced with a major advance in our scientific understanding of human origins, intellectual integrity invites us to place that experience alongside our past and present religious beliefs, and in the process to hope to cast light on both... The dialectical activity of submitting experience to the bar of belief and of submitting belief to the bar of experience is today a requirement of every believer on pain of leaving their experience unanchored and their belief unsubstantiated. (p.xiii)

Christianity in Evolution is remarkable for the extensive reading and research needed to give substance to the author’s line of argument and for the courage he displays in challenging us, in the light of evolutionary truths, to look again at some of the ways our faith has been expressed. Attempting to do theology with integrity in an evolutionary context leads Mahoney to a number of conclusions which many readers may find disturbing, to put it mildly! Yet he does not pull his punches, arguing, ‘that trying to preserve the traditional beliefs in original sin, the fall of humanity, and the death of Jesus as an expiatory sacrifice to appease an offended God, whether these beliefs are maintained in their traditional form or are subjected to various modernizing attempts to make them more acceptable, serves only to strain the belief of believers and the credulity of nonbelievers.’ (p.xii)

Nevertheless, Mahoney is not trying to disturb but to strengthen people’s faith. In fact, it could be argued that the line of thought he is exploring could open out completely new vistas to whatever is meant by ‘the new evangelisation’. If we believe, with Benedict XVI, that at the heart of each of us is a deep yearning to discover the full meaning of who we are as human persons, Mahoney is suggesting that the only thing that will satisfy that hunger is an understanding of the truths of our faith which is at home with the truths of evolution. He stresses this with regard to the riches that evolution can bring to our understanding of the central doctrine of the Incarnation, helping us to see Jesus as the summit of creation.

In the evolutionary approach, the creative energy of divine being is viewed as entirely immanent within all nondivine being, welling up within it like a spring of water in the process impelling noncreated being to transcend itself progressively in a variety of ways in the course of the onward evolutionary march of God’s creative purpose. So much so that it is possible to consider that in one instance the divine presence and immanence in creative being reached such a peak of intensity that God actually became a human being, Jesus of Nazareth. (p.117)

He carries this approach to the Incarnation through to offer an interpretation of Christ’s death and resurrection, too, suggesting that evolutionary theology:

proposes that the motive for the Word becoming flesh was not to save humanity from any inherited congenital sinfulness; it was for Christ to lead and conduct the human species through the common evolutionary fate of individual extinction to a new level of living with God. Nor was this done by the offering of Christ as an expiatory sacrifice to placate an injured God; it was achieved by Christ’s freely confronting death and winning through to a new phase of existence to be imparted to his fellow humans in their evolutionary destiny to share fully in the life of God. (pp.14-15)

Mahoney suggests that more traditional understandings of Original Sin, the Fall, Atonement, Justification and similar concepts no longer sit comfortably in an evolutionary context. His own position on sin in this context is very helpful: ‘Sin emerges as humanity’s yielding to evolutionary selfishness and declining to accept the invitation to self-transcendence: it is a refusal to transcend oneself in the interests of others.’ (p.43) Put like that, it makes sense of Paul VI’s claim that ‘the world is sick’ (Populorum Progressio, §66) and his diagnosis of its sickness as ‘the lack of brotherhood among individuals and peoples’. I also liked Mahoney’s comment: ‘What people in today’s culture need most is not the recovery of a sense of sin but the acquiring of a sense of purpose in their lives.’ (p.66)

I also felt a sense of unease about Mahoney suggesting, ‘the possibility that belief in hell need not continue to be maintained in an evolutionary theology if those who are not destined to enter with Christ into the new phase of risen existence will not be condemned to everlasting suffering but rather will be allowed to cease to exist at death’ (p.147-148). While I can see the attractiveness of that suggestion on one level, somehow I find Julian of Norwich’s, ‘All will be well and manner of things will be well’, more in tune with a God of love and compassion!

This book will certainly arouse a lot of discussion and there will plenty of questions raised by some of the positions Mahoney adopts. Despite that, I believe that this is a very important contribution to the development of theology in our evolutionary age.

Find this book on the Georgetown University Press web site

‘Faith, Doubt and Certainty in a Secular Age’