Skip to main content
Photo by Alex Abian at flickr.com 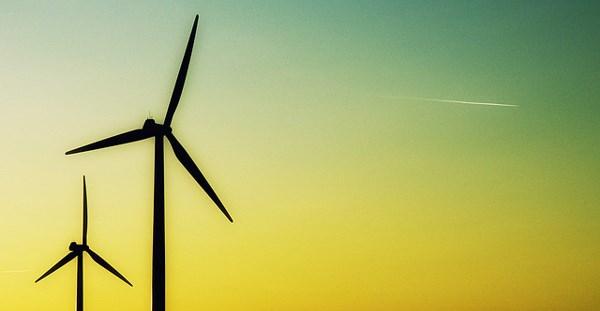 Environmental themes have been notably absent from the televised debates between party leaders ahead of the UK General Election, but we should not consider them to be marginal issues. Mark Dowd fashions an ecological lens through which voters can look at the choices with which they will be faced on 7 May.

‘Man cuts down the trees but man does not realise he is sitting on the branches.’ This is not an excerpt from any piece of Catholic Social Teaching on the environment, but a phrase cited to me by an Indian guru during the making of a Channel 4 documentary, God Is Green, some eight years ago.  It touches, however, on a central tenet of Catholic teaching: the interdependence between humanity and its wider surroundings, the notion of us thriving – or not – in the midst of a dynamic web. Creation in its widest sense is a sacramental embodiment of God’s power and blessing. The most familiar Catholic exposition of this vision that I have encountered recently comes from a paper written by the Jesuit, Fr Michael Czerny:

At every Eucharist, the celebrant says, ‘Blessed are you, Lord God of all Creation, for through your goodness we have received the bread we offer you, fruit of the earth and work of human hands. It will become for us the bread of life.’ How does this familiar prayer strike you?... For me it expresses the dynamic relationships in which we exist and act, receive and give, pray and work.[1]

The term ‘ecology’ – from the Greek oikos, meaning ‘household’ – was first coined in 1869 by the biologist Ernest Häckel, and the implied notion of a shared earthly heritage as a gift with attendant responsibilities has been central to the development of Catholic teaching. Concepts of stewardship, intergenerational justice and solidarity, especially with the poor, have been the key tenets of a number of encyclicals. But how do we apply them to specific situations and policy controversies, particularly during an election period with a myriad of competing manifesto proposals?

Pope Francis is expected to publish an encyclical within a matter of months, which will be the first such teaching document to focus exclusively on environmental matters from a theological vantage point. The timing is interesting, as the pope is said to want to influence international discussions ahead of the crucial UN Climate Change Summit in Paris in December. This is being billed as a ‘last chance saloon’ to avoid a two degree rise in planetary temperatures and an Old Testament-style succession of famine, floods and wild weather, which will have the biggest effect on the poor and vulnerable in the very countries that have done the least to destabilise our climate. I am sure this will be a major theme of the pope’s address; and I am also sure that there will be a powerful message to the industrialised world to seize the moment and change course, in other words to undergo the ‘ecological conversion’ urged by Pope John Paul II as long ago as 1990.[2]

With that in mind, any policies that enhance the prospects of cleaner energy, based on renewables, would appear to be more consistent with the priorities of Catholic teaching than those that rely on fossil fuels. Despite its support from the major parties, this is the sticking point with fracking and the drive towards the extraction of shale gas. Hydraulic fracturing is the subterranean use of a highly pressured mix of water, sand and chemicals to release shale gas and, in some cases, trapped deposits of petroleum. Claim and counter-claim about its viability abound, but at a level of political symbolism, pursuing fracking sends all the wrong signals if we are being urged to ‘leave it in the ground.’ As a response to that, many major institutions, including the Anglican Church, have either taken the decision to disinvest totally in the fossil fuel industry, or are in the midst of debating their position. The Conservatives, despite the coalition’s pledge to be the ‘greenest government ever’, have talked of going ‘all out for shale gas’ and have further tarnished that initial green promise by turning their back on on-shore windfarms. The party can point with some success to the development of the more expensive off-shore sector, but the UK is a long way behind, for example, Denmark, which now produces almost 40% of all its electricity from wind and has challenging targets for total decarbonisation of that sector. In the UK, the Labour Party has pledged to decarbonise the production of electricity completely by 2030 and create a million high technology green jobs, but how exactly will a ‘green job’ be defined?

It is worth pointing out that the appeal of any proposal on green technology or decarbonisation does not depend on a voter being 100% convinced by the ‘scientific consensus’ on climate change. The UK’s cities have some of the most contaminated air in Europe. London, especially, regularly registers levels of nitrogen oxide and other contaminating gases which increase the chances of stroke and life-threatening illness, not to mention the misery caused for hundreds of thousands of asthma sufferers. So there are major benefits in a move to clean energy and the electrification of transport, irrespective of your position on climate science.

Catholic voters, like all members of the electorate, will have to balance their priorities. We all have one vote each, not one cross on the ballot paper for every aspect of policy. It is perhaps instructive that during the questioning of seven political party leaders in a two-hour debate on national television earlier this month, the three main areas deemed worthy of discussion were the NHS, the economy and immigration. There was a fourth area of questioning about future prospects for young people and it was only then, under time pressure, that Green Party leader, Natalie Bennett, mentioned the words ‘climate change’. The environment barely got a look in, and the same was true of another debate between five of those leaders that took place last week. Yet closer scrutiny of the party proposals does reveal some specific pledges, in addition to those Conservative and Labour policies mentioned above. The Liberal Democrats, for instance, would have a compulsory five pence charge on all plastic bags from October 2015. Moreover, they would propose five new green laws with binding legal targets for biodiversity, clean air and water. Naturally, however, any voter who places the environment in pole position above all other issues cannot help but be one of the thousands who have recently examined the agenda of the Green Party and been tempted to pledge allegiance. Among its proposals, the party proposes the abolition of animal testing and would abolish VAT on products, replacing it with a new series of tax levies that would reflect the amount of environmental damage caused by the production of goods – an attractive proposal in theory, but perhaps fiendishly hard to put into practice and requiring a controversial inspectorate of officers and formulas.

A final word about the dangers of anthropocentrism. So much of whatever environmental discussion does take place appears to be underpinned by the need to combat the dangers of planetary heating as a measure to save humanity. But what of biodiversity and the background rate of extinction and loss of natural habitats that nearly 7 billion humans are foisting on the rest of creation? In the account of the flood in Genesis, God, we are told, makes his covenant not just with Noah and his descendants but with ‘all living creatures.’ What does this mean for us as ‘stewards’ of creation? It means that we have to think about the impact of human activity on species other than our own. Scant political attention is devoted to doing so, but there is some evidence of such an approach being employed, in the Labour Party’s proposal to ban the use of wild animals in circuses, for example. On the website of the much respected World Wildlife Fund (WWF), one can find a simple but all-encompassing triad of demands to be made of politicians ahead of this General Election: to ensure clean UK rivers and seas; to build a 21st century economy; and to save the world’s forests and wildlife. Under the third of these, some micro-detail singles out the butchering of elephants for ivory imports as a ‘crime against wildlife’ and insists on measures to combat this crime. The elephant is not ‘cute’ like the polar bear, that celebrity victim of climate change campaigners; nor, to my knowledge, is it in danger of near extinction. But it is part of the rich, non-human tapestry of life that also gives glory to God.

Any candidate that drew attention to this, irrespective of their party political colour, would, in my view, be worthy of serious attention.

Mark Dowd is a freelance writer and broadcaster. He was the director and writer of the 2007 Channel 4 programme, God is Green.

The Age of Stupid