Skip to main content
Photo by bigoneep at flickr.com 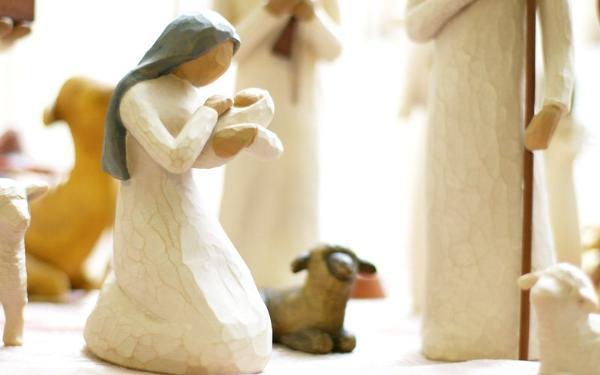 Rob Marsh SJ hates his body. It is small wonder, then, that he has questions about God’s decision to commit to a life in human flesh, with its inherent problems and frailties. Wasn’t it risky? Was there no other action God could take? Rob finds a helpful framework in which to ask these questions in the Spiritual Exercises, where Ignatius encourages us to ‘see the Incarnation as a response that is loving and vulnerable’.

Let me get this out in the open – I hate my body.

I am not just talking about the almost-universal sense of inadequacy we share because our bodies are not as buff and beautiful as those painted by advertising industry air-brushes. Nor, I hope, am I indulging in an antiquated, world-fleeing piety. No, rather, I have a chronic illness and it makes it an enormous effort to not hate my body daily; to not experience my body as an obstacle to my hopes and dreams, the perpetrator of pain and awkwardness, betrayer of my simplest plans. I remember riding in a taxi on the way to a therapist, seeing a bunch of teenagers larking about on bikes and admiring the way in which their bodies answered to their joy in achievement, and thinking, ‘I remember that… I think’.

I don’t think I have always experienced my body as an opponent – indeed even today I am intermittently aware of my body as a vehicle of delight and grace and simple beauties – but it seems to be something that chronic illness teaches us. We all know how it feels when we are sick, whether it is with the common cold or a twisted ankle: what we want to do we can’t do, what we planned to do we have to put on hold – we experience our bodies letting us down or complicating our lives. But acute illness comes with the in-built assurance that it is acute, passing, abnormal, and not the way the way things should be, will be. When sickness becomes chronic, such assurance is shaken and that sense of being a self over against having a body becomes a fact of life. Chronic illness turns us into reluctant dualists! All I learned in theology school – that I am a single whole, not Cartesian parts; that my body is me and I am my body –goes out the window! I want to be an angel, please – disembodied.

Well isn’t this a miserable reflection for Advent! Have I put you in a Christmas spirit yet?

What is Christmassy is that, though I might hate my body as an obstacle to my hopes, God seems to love bodies and choose them as the way of fulfilling God’s dreams. The Incarnation is a theological concept worthy of its capital initial and it poses similarly emphatic theological questions. Chiefly, How and Why? How does infinity dwindle to infancy? How does God fit into a body without making it explode? And why does God bother? After all, if God is (‘already’) perfect in every way, what’s in it for the Deity in Incarnation?

In the Spiritual Exercises, Ignatius interrogates Incarnation from a different direction, with a practical purpose, addressing indirectly me and my complaints. Ignatius asks us to watch God become human, body and all; to watch with our imaginations and respond with our whole selves, body and all. This is the prayer he puts into our mouths: ‘ask for what I desire: here it will be to ask for inner knowledge of the Lord who became human for me so that I might the better love and follow him’ [104].[1] He wants us to seek something that will make us vulnerable to transformation: to know Jesus and, knowing him, to love him; and, loving him, to follow him. The contemplation on Incarnation is Ignatius’s first move in a process of coming to know Jesus. He is taking us right back to the beginning, to before the beginning, out of time, to tell a story of vulnerability. He shows us a triptych. I imagine the first panel on the left: ‘the three Divine Persons as though on the royal seat or throne of the Divine Majesty’ [106]. In the middle, ‘the vast extent and circuit of the earth with its many and various races’ [103], ‘filled with people’ [102]; and on the right, ‘the particular house of Our Lady and its rooms in the town of Nazareth in the province of Galilee’ [103].

With the scene set, Ignatius directs our gaze: look at the earth; what do you see? ‘Diversity of dress and appearance, some white and some black, some in peace and others at war, some weeping and others laughing, some healthy, others sick, some being born and others dying’ [106]. So Ignatius sees, but the question is really what do I see? Visit BBC News and what do I see? I see good news and bad news, lots of bad news. I see more than I want to see. So Ignatius has us imagine what those Three Divine Persons on their throne see when they look down on the earth – what they see and how they see. I can watch the news with a controlled and safeguarded heart but God does not have that liberty: God sees tragedy and seems to take it personally. Meanwhile, over in Nazareth another figure appears on the scene: Gabriel the messenger.

Now, says Ignatius, turn up the volume, let’s hear what is being said. The people of the earth are cursing their lot; the Trinity is responding from the heart, deciding to come to the rescue; and in Nazareth there is a conversation of redemption to be overheard.

Finally, Ignatius animates the scenes: let us focus on what is happening, what are all these characters doing? He is almost comically to the point. On the face of the earth they are ‘wounding and killing one another, and going to Hell, etc.’ [108]. Up in heaven God is ‘bringing about the sacred Incarnation’ [108]; and in Nazareth … well, Mary says ‘Yes’ and sings her song of praise.

For Ignatius, if we are to know Jesus and fall for him, we have to start here, before the beginning, seeing the Incarnation as a response that is loving and vulnerable. God is here, in a sense, on the back foot. God might have created ex nihilo but here God works redemption amid the medium of human fragility and need. The human plight moves God to this strange reaction: ‘they decreed in their eternity that the Second Person would become human to save the human race’ [102].

I say a strange reaction because I think I would have preferred a different course, a more effective course. If a train is hurtling toward derailment it might be good to stop it, or fix the line, or whatever. My last option would be to become a passenger. I know that is a lousy metaphor. But why, if being human is the problem, is becoming human the solution? I am not good at sitting on God’s throne, obviously. I would have preferred a less risky course of divine action. Let’s be crudely statistical. How many fertilised human eggs implant, gestate and come to term? Something like three out of ten? How many newborns in first century Palestine survived into adulthood? Seven out of ten seems a generous estimate. Those odds are looking very dicey. How many times did God have to try this? And then there is the matter of cooperation. I fantasise sometimes about all the other failed annunciations, the rooms in other Nazareths, with other Marys, Katys, and Kylies who said ‘over my dead body’ or never even noticed the angel on feathered feet insinuating good news.

Committing to Incarnation is committing to an embodied life with all the associated risks that flesh is heir to. Flesh is vulnerable and dies. Yet God enters into our fleshly existence to do something for us that presumably could not be done any other way. God takes on sore feet and disappointment and loss; God takes on failure and incapacity and death. And saves the world.

It’s time to bring myself back into the story. God, it seems, doesn’t hate bodies. What I call an obstacle, God uses to save the world. And not because the body is buff and beautiful and fighting fit – I doubt you got to be thirty in the Galilee of those days without signs of serious wear and tear. But I wonder, what if God’s body had had what I have? That would have thrown a spanner in the works. Or would it? Here I struggle. Does my ailing body mark me as unsuitable for Incarnation? Or could God save the world in flesh like mine?

John the Baptist in Advent