Skip to main content
Photo by Derek Key at flickr.com 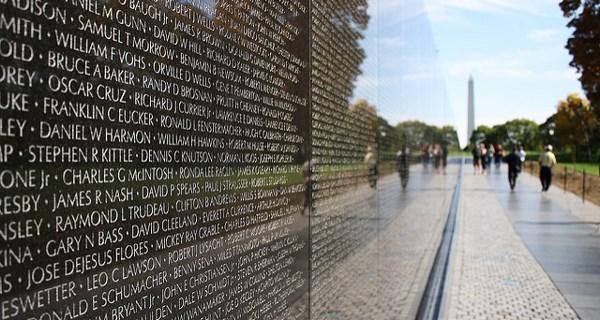 Jesus’s words to the daughters of Jerusalem, ‘who were beating their breasts and wailing for him’, can help us think about what we are doing on Remembrance Sunday, suggests James Crampsey SJ. The names of those who have lost their lives in conflict have the power to demand something of us: ‘There is a whole way of seeing and remembering that creates an image of war that summons us to peace.’

At the end of the First World War, whose centenary we commemorate at this time, a list was compiled of villages to which every soldier had returned safely from the war. There were 54 such villages in England and Wales, though every single village in Scotland and Ireland lost at least one person. In the thirties, these 54 villages became known as ‘The Thankful Villages’. By the end of the Second World War, the villages that lost no one in either war were called ‘The Doubly Thankful Villages’, but they had reduced to thirteen, a curious number, perhaps, one of which had a curious name, Upper Slaughter. These villages obviously had no monument to the fallen, but they had a roll of honour of those who went to war and returned. Even if small, thanksgiving is as much a part of the remembering as lament.

In many countries of the world, these death memorials and rolls of honour will be being prepared for 11 November. People will come to read the names and bring themselves into contact with those who left and who did not return, and those who left and did return. Perhaps these names, carefully remembered, will have the power to ask questions of those who read them.

This reading of a name and being drawn into an identity with the one whose name you read reminds me of the moving memorial in Washington DC to the dead of the Vietnam War (see photo above). This is an extraordinary piece of remembering. The names of all those who were killed are inscribed on the wall in order of their dying, 58,000 of them. The surface of the memorial is highly polished and reflects the image of the person looking at it. The names are superimposed on your reflection. You see and are seen. There is a whole way of seeing and remembering that creates an image of war that summons us to peace. When you see the name reflected in your searching look, you play your part in bringing them home.

Who encouraged these soldiers as they headed into the unknown with their hopes high? Who held them in their mind’s eye while they were away? Who received the fateful telegrams telling of their deaths? How long did their hopes last, and did pride still help to bear the sense of loss brought about by this sacrifice of lives, a sacrifice that may have been wasteful, cynical and quite unnecessary? Predominantly, it was women who bore the loss of husband, brother, lover or son. This reception of news book-ended the sending off.

The daughters of Jerusalem and the women of Galilee

The eighth station of the cross presents a scene from Luke’s Gospel in which Jesus speaks to the women of Jerusalem. There is a sending off here, a sending off to death. There is no hope for the condemned Jesus, and there are tears and not joy. There are no words of encouragement from the women. Ironically it is Jesus who does the speaking, but to whom exactly is he speaking?

Luke is the only evangelist who specifically mentions women companions of Jesus during his time in Galilee, in 8:1-3, though Mark refers to their support of Jesus in Galilee retrospectively in his account of the crucifixion. Mark is clearly Luke’s source for the passage, but Mary of Magdala is the only name common to both. This is what Luke writes:

Soon afterwards he went on through cities and villages, proclaiming and bringing the good news of the kingdom of God. The twelve were with him, as well as some women who had been cured of evil spirits and infirmities: Mary, called Magdalene, from whom seven demons had gone out, and Joanna, the wife of Herod's steward Chuza, and Susanna, and many others, who provided for them out of their resources.

The Galilean note returns at the crucifixion, where Luke mentions the women twice: first,

‘But all his acquaintances, including the women who had followed him from Galilee, stood at a distance, watching these things’ (23:49); then,

The women who had come with him from Galilee followed, and they saw the tomb and how his body was laid. Then they returned, and prepared spices and ointments. On the Sabbath they rested according to the commandment. (23:55-56)

The women in our eighth station are not these women, addressed as they are as ‘Daughters of Jerusalem.’ It is the Galilean women who accompany Jesus to his death. Luke carefully distinguishes them and prepares the reader for their proclamation of the resurrection in chapter 24:10, where Joanna is again mentioned along with Mary of Magdala and others.

Who are the weeping women?

One suggestion is that the Daughters of Jerusalem are professional mourners. There is no word of theirs recorded, just their weeping and lamentation. Such characters make an appearance at the raising of Jairus’s daughter (Luke 8:52), and are probably to be understood as figuring in the words of the children in the market place: ‘We piped for you but you would not dance, we wept for you but you would not mourn.’ (Luke 7:32)

At the same time, the Daughters personify Jerusalem for Luke in a way similar to the Old Testament use of the singular ‘Daughter of Jerusalem’. There are a series of oracles in the gospel addressing the bleak future of Jerusalem (13:33-35; 19:41-44; 21:20-24), culminating in the words of that personalised address to the Daughters of Jerusalem that inspires the eighth station:

For the days are surely coming when they will say, 'Blessed are the barren, and the wombs that never bore, and the breasts that never nursed.' Then they will begin to say to the mountains, 'Fall on us'; and to the hills, 'Cover us.' For if they do this when the wood is green, what will happen when it is dry? (23:29-31)

Here Jesus speaks of the reversal of the usual joys in childbirth and breast feeding, and the reversal of the pride taken in the mountains and hills, which are now pressed into service to conceal the inhabitants of Jerusalem from punishment at the hands of the besiegers of the city – or possibly from God, if Hosea 10:8 is the primary Old Testament reference. The final proverb suggests that Jesus’s absence in the time of the siege is going to make things worse.

Unlike Mark and Matthew, Luke does not present a triumphal entry into the city. There are no palms or hosannas. There is no recognition of Jesus at his homecoming by the inhabitants of Jerusalem. The lack of recognition plays out in the scene with the daughters of Jerusalem at his send-off. They don’t see him, but Jesus sees them and the women are also people who don’t know what it is they are doing. They don’t accompany him to the cross, so they do not allow the name written there to take root in their hearts and minds. They do not bring him home.

As the passion continues, Jesus is mocked by people giving him a range of titles and identities. The only one who sees him properly is the ‘good thief’, the only person in the gospel who addresses him with the unadorned name of ‘Jesus’: ‘remember me when you come into your kingdom’. He knows where Jesus is going and he wants to be with him.

‘Pray for the peace of Jerusalem’

Pray for the peace of Jerusalem:‘May they prosper who love you.Peace be within your walls,and security within your towers.’ (Ps. 122:6-7)

War carried on at a far distance can also come close to where we live. It can come close by our seeing the wounded, by our reading the telegrams that tell of deaths, and even by our meeting survivors. It can come close by the destruction of buildings, by the enforced movement of peoples, by human tragedies of epic proportions, by the insidiousness of chemical weapons, by the inhumanity of drones. It may be that we have to see the names of the dead written on our own faces and in our own hearts before they die.

May it be known as the thankful kingdom.

James Crampsey SJ is a member of the Holy Name Jesuit community in Manchester.