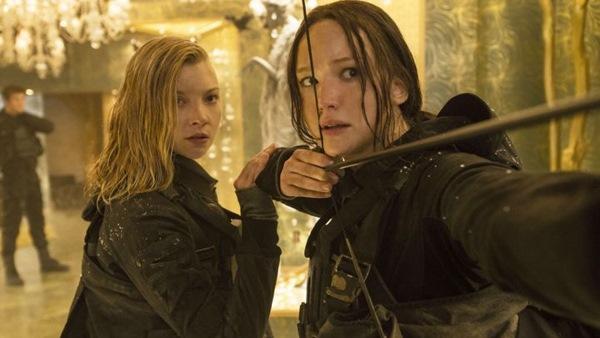 A medical professional delicately removes a neck brace from a battered Katniss Everdeen (Jennifer Lawrence) and, with a warning about her swollen vocal chords, orders the patient to speak. Faltering at first, Katniss finally succeeds. Thus begins the latest and final instalment of The Hunger Games, which picks up the theme of its opening scene as it follows a young woman struggling to find her voice. Beneath the carnage which is to be expected of a four-film franchise’s denouement, there is a kernel story of a bruised adolescent finding her truth and the courage to pass along her learnings. Unfortunately, that kernel proves to be undetectable for most this two and a half-hour film.

As the title to The Hunger Games: Mockingjay, Part 2 would suggest, this is not a standalone film and at least a cursory knowledge of the previous three instalments – which are well worth watching – is required. In line with other recent franchises, the studio decided to split the final episode into two parts (in a move to boost profits, one suspects). Indeed, this journal’s review of last year’s Part 1 suggested that that particular film was, ‘the narrative filler before the massive, epoch-defining fight between good and evil which will clearly take up most of the final film’. Yet there is still a certain amount of ‘filler’ material to be found even in this instalment: the first casualty of senselessly splitting a narrative is a strong, coherent final edit.

This is a problem that could well be traced back to handing the scripting duties for the final two parts to the relatively inexperienced pair of Danny Strong and Pete Craig. There is an overwhelming sense of treading water, with one eye seemingly firmly fixed on a pre-determined five-hour total running time. A respectful purge of the two scripts could have resulted in a strong, clever and exciting single final draft, rather than the two bloated, aimless instalments with which we are left.

The plot coming into this film gives us Katniss, the popular rebellion’s poster child, leading an army ever closer to Donald Sutherland’s President Snow in the Palace, as the Capitol destroys the surrounding Panem districts in an effort to stifle the uprising. Amidst the explosions, Katniss’ two love interests – Josh Hutcherson’s brainwashed, confused Peeta and Liam Hemsworth’s military giant Gale – vie for her affection. Julianne Moore’s rebel leader Alma Coin dictates propaganda videos from the safety of her underground lair as the war is fought not just on the physical battlefields but over the airwaves and on TV. And, in his final film, there are brief moments from Philip Seymour Hoffman’s Plutarch.

It is necessary to provide a warning for those intending to see this film. At times, it is a brutal watch in light of the horrific attacks in Paris. Moments that were no doubt intended to coax the audience into the emotional reality of gruesome urban warfare, send shivers down the spine as they resemble all too closely the grim reality of our modern world. While great art can always shine a light on contemporary events, unfortunately, this film does not do so; the violence of many of the set pieces is strikingly gratuitous.

But in a way, the film serves to highlight the real battleground of modern warfare: narrative. How one shapes the story of war – whether it is as a fight for rebellious freedom, or as resistance against an insurgent force of malice – has the greatest impact in terms of winning over hearts and minds. The film hints at this reality but leaves it as something of a grey area buried in the midst of a popcorn spectacle; indeed, it might be asking too much of a 12A-rated film to explore or clarify such an issue.

Thanks to an accident of timing, it is difficult to watch this film without a sense of unease; the cold reality is that the world in which we live today can be seen to mirror many of the aspects of this film. Director Francis Lawrence has inadvertently stumbled into murky waters with his latest offering, which will no doubt please long-time fans, but may well leave more neutral viewers with much deeper questions to answer.

The Hunger Games: Mockingjay Part 2 Official Trailer – “We March Together”