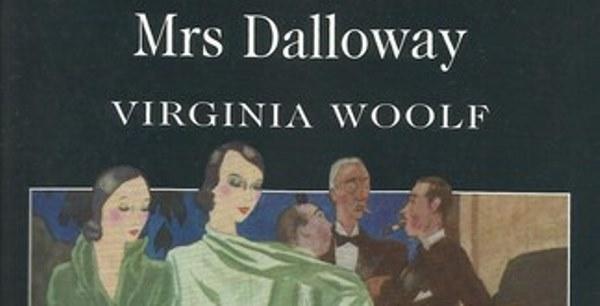 Mrs Dalloway ‘is not a novel of happy endings... but it is a novel that offers a measure of hope: hope after loss, hope after war.’ Dennis Recio SJ thinks that you really must read this novel, in which Virginia Woolf broke new literary ground with her experimental, modernist writing. In this tale of early 1920s London, the supporting characters give us an insight into the consequences of the First World War.

Among the more notable English novels from the inter-war years, one might consider Virginia Woolf’s Mrs. Dalloway, published in the spring of 1925. In a diary entry from 30 August 1923, Woolf writes:

I should say a good deal about The Hours, & my discovery; how I dig out beautiful caves behind my characters, I think that gives exactly what I want; humanity, humour, depth. The idea is that the caves shall connect, & each comes to daylight at the present moment.[i]

Woolf uses the working title, The Hours, which she would eventually replace with Mrs. Dalloway. The later title places an emphasis on the present, in which an established married woman of means plans to give a party.

For Woolf, writing Mrs. Dalloway provided new literary hurdles. As Elaine Showalter points out in an introduction to the novel, Woolf struggled with characterisation: ‘The main problem Woolf faced in the novel was that of making her characters four-dimensional: getting the element of time into the book through the characters’ memories’[ii]. Through this act of digging out ‘beautiful caves’ behind her characters, Woolf moved away from traditional, realist forms of characterisation. Peter Childs writes:

In her diaries, during the writing of Mrs. Dalloway, Woolf called this technique ‘tunneling’. By this she meant she would burrow into the characters’ pasts in order to unearth their history. Her characters are then revealed to the reader as split beings who are living in the past and the present. It is their current thoughts that tell us who they are, but only their memories of the past that explain them, that reveal how they came to be who they are.[iii]

If tunneling ushered in a new way to show character, it also encouraged other literary forms such as stream-of-consciousness, which would challenge assumptions about Realism.

The delight of reading Mrs. Dalloway is to consider the ways in which modernist writing would develop ideas that began in the realist school. Childs defines Realism as: ‘an attempt objectively to offer up a mirror of the world, thus disavowing its own culturally conditioned processes and ideological stylistic assumptions’[iv]. However, modernist writers struggled with this limited form of representing characters. How objective could Realism be if it only presented characters in a journalistic style, with narration that distances itself from characters and makes judgments about them, however subtle, while insisting on a problematic objectivity? Childs writes: ‘Modernism is associated with attempts to render human subjectivity in ways more real that realism: to represent consciousness, perception, emotion, meaning and the individual’s relation to society through interior monologue, stream of consciousness, tunneling’.[v] Through these experimental literary forms, Woolf offers a deeper, more complex view of human experience.

In the present, after a brief visit to see Clarissa Dalloway, Peter Walsh, who has dozed off in the park, remembers a happier time with Clarissa when they were younger.

Clarissa came up, with her perfect manners, like a real hostess, and wanted to introduce him to some one---spoke as if they had never met before, which enraged him. Yet even then he admired her for it. He admired her courage; her social instinct; he admired her power of carrying things through. ‘The perfect hostess,’ he said to her, whereupon she winced all over. But he meant her to feel it. He would have done anything to hurt her after seeing her with Dalloway. So she let him.[vi]

In Woolf’s exquisite and compressed prose, we observe Peter’s love of Clarissa but we also see how love makes him jealous and vindictive. We discover that Clarissa’s manner elicits both admiration and hostility, that Clarissa’s complacency provokes a young man whose vision of the world is wider than those of privileged Victorian society. Yet in a few carefully chosen words, we also see Clarissa give way to Peter’s pain. ‘So she let him,’ tells us that Clarissa understands Peter’s feelings and as such, we can draw conclusions about what sort of person Clarissa is through Peter’s memories. When Clarissa reappears in the present moments later to encourage Peter to join them on the lake, Peter’s reaction is strong.

He had never felt so happy in the whole of his life! Without a word they made it up. They walked down to the lake. He had twenty minutes of perfect happiness. Her voice, her laugh, her dress (something floating, white, crimson), her spirit, her adventurousness, she made them all disembark and explore the island.[vii]

Peter enjoys Clarissa’s beauty but he also recognises that the trials of love mean a fluctuating heart. Whether Peter is accurate in his recollection is unimportant but it is through the collective memories of various characters that accrue throughout the novel that we eventually have a final portrait of Clarissa Dalloway. The implied wisdom behind modernist writing is the willingness to consider that various subjective points of view can come together into a unifying whole. These varying perspectives also make generous allowance for the reflections which we receive through a character’s interior monologue.

Woolf’s Mrs. Dalloway may seem difficult and in fairness, it poses a particular challenge to new readers. Readers will have to exercise a modicum of patience as Woolf guides one in and out of characters’ thoughts; their seemingly unimportant reflections are not necessarily superficial. In this sense, Woolf presumes a willingness to reread her work because it is in the re-reading that one recognises the patterns she had originally intended. If one seeks something less demanding than Joyce’s Ulysses or Woolf’s masterpiece, The Waves, then one may find a certain comfort in the gentle, postwar setting that occupies much of Mrs. Dalloway.

As Edward Mendelson writes in The Things That Matter: ‘Mrs. Dalloway is a book about the kind of love that everyone wants but that no grown-up person seriously expects to give or to get. Peter Walsh loves Clarissa Dalloway simply and absolutely for herself’.[viii] Such a powerful love makes Woolf’s novel compelling because we are reminded in its simple title that its subject is not Mrs. Walsh but Mrs. Dalloway, which forces us to consider how an experience of early love can linger, how what we sacrifice in life makes us who are in the present. It is not a novel of happy endings, for we reserve such logic for fairy tales, but it is a novel that offers a measure of hope: hope after loss, hope after war.

The novel also includes another significant character in Septimus Warren Smith, a veteran who struggles to live in peacetime. Haunted, broken, and suffering, Septimus wanders about London moving in and out of reality, often stranded in the midst of his pain. Married to a thoughtful and doting wife in Rezia, she strives to comfort a husband who often disappears to lick wounds which fail to heal. As the novel progresses, Woolf allows us to see the consequences of war. Ineffectual doctors, frustrated gentlewomen and self-important politicians all offer supporting characters to a novel which reflects London society in the 1920s.

Virginia Woolf was not a woman of faith. She had little patience for those who harboured such views. Ethel Smyth, a friend of Woolf’s, once tried to offer her consolation in Christianity. Woolf responded accordingly: ‘I was struck with a brilliant idea; wrote and wrote; he smashed his fist on my head. Lord, I said, I will write. Then he altogether took from me the power of adding word to word. So I went to bed’.[ix]  Woolf’s struggles notwithstanding, her contribution to letters offers us a way of seeing what people had not considered previously. In Woolf, we have someone who believed that the interior world was just as important as the one we present to society. Woolf invites us to expand our categories beyond seeing narrative in narrow terms, beyond reading only as the narrator directs us. She encourages us to read  in a manner that gives way to multiple voices which in turn, expands our understanding of character, even if only in fictional terms. When we read Michael Cunningham’s The Hours or Ian McEwan’s Saturday, we can see how their work traces back to Woolf’s influence in Mrs. Dalloway. She makes room for genuine reflection and a recognition of one’s past not as one which is lost, but one which draws out of us a sense of meaning. Woolf’s appreciation of the interior world admits to a gratitude which readers can find hopeful, for it cherishes what has been given.

Dennis Recio SJ is a lecturer at the University of San Francisco and teaches in the English Department and the Saint Ignatius Institute (Great Books programme).

'Land of Marvels' by Barry Unsworth