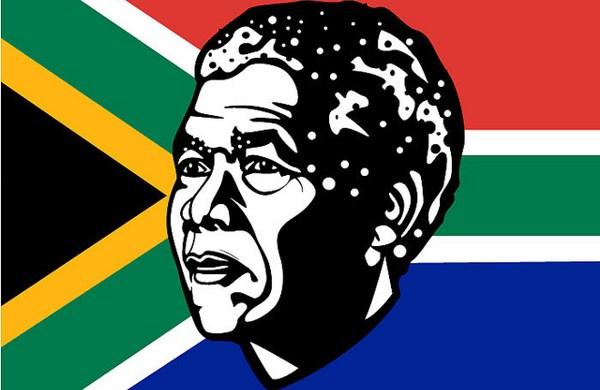 One year after the death of Nelson Mandela, on 5 December 2013, Al Gini and Raymond Perrier offer a brief assessment of the extent to which Mandela’s legacy is discernible in South Africa today. In order to fulfil the ambitions of the anti-Apartheid movement, is it leadership or followership that South Africans most need?

A little more than 20 years ago, a political miracle occurred. The Apartheid government in South Africa allowed a one-person, one-vote election to be held, and Nelson Mandela was chosen as the first democratic President of South Africa. There is no denying the fact that, no matter what its present problems may be, South Africa is a political phenomenon. The discovery of gold 130 years ago also turned it into an economic phenomenon, though whether that is still the case is contested. Presently, Nigeria claims to be the wealthiest country in Africa due to its rich oil reserves, but South Africa is arguably in a stronger financial position, with more international investments. The US visitor is struck immediately by how much South African cities look like America – traffic and all!

Yet, while social and economic progress has been both palpable and positive, there is much to be done. As recently as a few years ago, many local and international observers were warning that when the ‘Great Elders of the Anti-Apartheid’ movement died off, old scores would be revisited, reconciliation would be abandoned, and the move to democracy would flounder, if not fail. This has not proven to be the case.  From our point of view – after years of visiting and living in South Africa, and working with ordinary citizens, scholars, students, business people, and government officials – it seems as if South Africans don't want to go back to the old days. They don’t want to open up the wounds left over from the Apartheid regime. They want democracy to work.

The commitment is not Panglossian. South Africans have learned the hard way that democracy is a sloppy business. It is not a perfect system. It is not above abuse, corruption, or error. In some sense, South Africans are beginning to better understand what Thomas Jefferson meant when he suggested that every 20 years, ‘the tree of liberty needs to be fed with the blood of patriots.’ Jefferson was not calling for a literal revolution but rather for each generation to revisit and update its sense of freedom and liberty. Each generation must define itself.

Mandela’s legacy is a great one. But he also left behind an unfinished revolution. While Mandela and his brothers and sisters in the ‘Struggle’ movements did achieve democracy, freedom of the press, and the beginnings of racial reconciliation, South Africa is still in need of massive economic and racial transformation if true social justice and equality are to be achieved and sustained. Two simple facts cannot be overlooked: 1) while wealth is necessary for an egalitarian society, it is not a sufficient condition; 2) true racial harmony requires much more than slogans and empty platitudes or even sincere commitments.

Fifteen years ago, Helen Zille, former Mayor of Cape Town, argued that the three central problems of South Africa were AIDS, economics and education. Sadly, her diagnosis remains true today. In one rural district, a billboard proudly announces that the local HIV rate has ‘stabilised’ – at 39%. Officially, the unemployment rate is 25%; unofficially, it hovers at 40%, rising to 50% among young people. The 2011 South African census showed that annual household incomes had risen in the last ten years, standing now at an average of $10,000. Still, using the old race categories, this varied from $6,000 for an average black household to $36,000 for an average white household. Using the measure of the Gini Coefficient (devised by a relative of one of the authors!), South Africa is one of the most unequal countries in the world, more unequal than it was at the time of liberation 20 years ago. Sadly, most of the 1 million students who graduate from high school each year are unable to find work. Meanwhile, less than 40% of South Africans interact socially with people of another race.

One of the recurrent cries in South Africa is that there is a ‘modern crisis of leadership.’ Many South Africans believe that progress cannot be made without new, more attuned leadership. However, it could also be said that South Africa is facing a crisis of followership, or citizenship. It is strange that a people who so recently showed political mettle in fighting and dying for truth, justice and equality is becoming increasingly disaffected with politics. The proportion of eligible voters actually casting their ballots has fallen from 86% in 1994 to 59% in this year’s elections. The citizens of South Africa need to keep in mind the warnings of the American journalist Edward R. Murrow: ‘A nation of sheep will beget a government of wolves.’

If Mandela’s legend and legacy of patience, forgiveness, democracy and the pursuit of justice is to be achieved without resorting to recrimination and vigilante violence, these areas of concern must be addressed. Until then, while there are some signs of betterment, the simple fact is that economically, politically and socially, South Africa remains a work in progress.

Professor Al Gini, of Loyola University Chicago's Quinlan School of Business, worked with Raymond Perrier, then director of the Jesuit Institute South Africa, to deliver a series of lectures and workshops across the country in May/June 2014, exploring the contribution that can be made at all levels of society through good leadership.

Relative Violence: on power and the place of women