Skip to main content
Photo by Sergio Alvarez at flickr.com 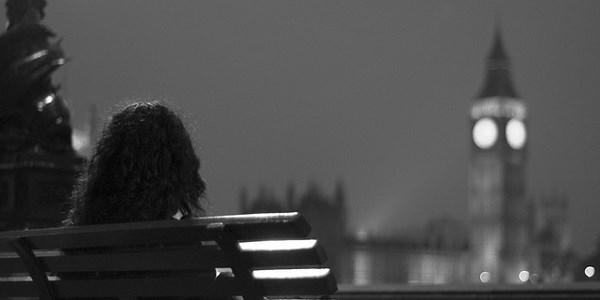 In 2010, Tony Carroll assessed what the result of the UK General Election said about the country and its future. As we find ourselves with another hung parliament in 2017, he considers how the two situations compare. Have the priorities and concerns of 2010 been replaced, or do we find ourselves in the same boat again seven years later?

In May 2010, I wrote an article for Thinking Faith on the outcome of the UK General Election. The article was entitled Hanging in the Balance: The End of Tribal Britain? and it argued that the ‘hung parliament’ which resulted from that election reflected some major changes in our society that required a reframing of our political and economic mindsets. In this article, I want to look back on these issues from the perspective of our current situation following the June 2017 General Election which delivered another ‘hung parliament’ and ask the question, where are we now?

In the aftermath of the May 2010 General Election, it seemed unlikely that the new government would end up taking the country out of the European Union. David Cameron had promised a referendum on the Lisbon Treaty in the run up to that election, but the mood in the country was influenced by other issues. The main focus for the coalition government then was balancing the books and stabilising the economy in the face of the public deficit and the sovereign debt crisis in Europe. But it was already clear that constitutional questions regarding the future of the United Kingdom were becoming pressing. These were heightened by the failure of the Conservative Party to make any inroads in Scotland in the face of the strong support for the Labour Party. The May 2011 Scottish Parliamentary election, which saw the rise to majority power of the Scottish National Party and the collapse of support for the Labour Party, transformed this situation and paved the way for the Scottish Independence Referendum of September 2014. This Independence Referendum delivered a majority for those who wanted to remain a part of the United Kingdom and, following the 2017 General Election, it seems that a major factor in the return of support for the Conservative Party in Scotland is their opposition to a second independence referendum in the context of Brexit. For the moment at least it looks as if these constitutional questions are being replaced as priorities by other more pressing issues.

In contrast to 2010, it is the new situation of the UK leaving the European Union which frames the general political and economic landscape in 2017. All the current indications are that, following the EU Referendum of June 2016, this will be the major priority for the UK government over the coming years. After the triggering of Article 50 on 29 March 2017, it seems as if in two years’ time, unless an extension is required and agreed upon by the other 27 member states, the UK will be leaving the European Union. What seemed like a remote possibility in 2010 has become an almost certainty in 2017. And, if we needed it, this is a timely reminder that we should be cautious about assuming that the way things seem to us now will be the way that they will appear to us in the future. Things change and opinions evolve; if seven days seems a long time in politics, seven years certainly is.

Nevertheless, both the 2010 and 2017 General Elections have delivered a heightened sense of uncertainty with respect to how the political system can cope with the challenges now facing it. In 2010, the uncertainty was centred on the fact that no clear winner had emerged from the General Election and coalition government had not been common in the post-War era. In the context of an adversarial political culture, the UK has struggled to move beyond the so-called ‘yaboo’ politics, which makes the forming of coalitions more difficult than in other European countries. Despite repeated calls from politicians to try and move beyond tribal divides, this confrontational approach is so deeply ingrained in the political system that any coalition between the major political parties in 2017 seems unthinkable. The so-called ‘confidence and supply’ arrangement being forged between the Conservative Party and the Democratic Unionist Party is described not as a coalition, but rather as a pragmatic arrangement: it is intended to ensure that the government can pass its legislation with a majority of votes in the House of Commons. And so, whilst calls for cross-party consensus on Brexit negotiations have been voiced this will be difficult to achieve given the diversity of opinions on what shape Brexit should actually take.

Such divisions in the wider country include divergent views between the younger and the older generations on the Brexit issue, and support from the younger generations was a major factor in the improvement of the political fortunes of the Labour Party in the 2017 General Election. Common to both the 2010 and the 2017 General Elections is the sense that the United Kingdom seems anything but united in its vision of itself. The return in 2017 to two party politics without a decisive majority one way or another, whilst clearly a consequence of the first-past-the-post system and the way in which this translates votes into seats, also indicates that consensus on a vision for the UK looks unlikely in the near future. Whilst the electorate may have indicated that some form of Brexit has popular support, exactly what this form is and how this mood may alter once negotiations actually start is anything but clear at this time.

No less significant in 2017 than in 2010, is the fact that global events are challenging the traditional distinctions between domestic and foreign affairs. The election of President Donald Trump in 2016 has undoubtedly shaken the post-war political consensus in the West and raised questions about international collaboration on matters such as climate change, trade and security. Whilst movements to opt out of international agreements galvanise support amongst significant groups within nations, such developments do not provide solutions to problems that transcend any one nation’s ability to deal with them. International collaboration is based on trust between nations, and it would be foolish to assume that such trust is a given when centrifugal political forces withdraw from the necessary consensus-building that emerges through such collaboration.

In this context, the danger of wrongly estimating one’s capacities should not be seen as operating only at the personal level. Nations can also succumb to such delusions and in so doing isolate themselves from the important relations that help to safeguard a healthy sense of one’s own capacities and limitations. The battle of ideas over Brexit was framed in this context: has tying ourselves to the European Union inhibited our global outreach and so traded away our sovereignty needlessly, or has being a part of the European Union meant that we are best placed to engage in these global relations through pooling our sovereignty with others? Whether ‘Brexiteers’ or ‘Remainers’, if either, will ultimately be proved right in their approaches to these issues remains to be seen, but clearly the working out of the implications of this issue will have profound consequences for the identity of the United Kingdom as a sovereign country in the years ahead. Whatever else may have changed since the 2010 General Election, the age of uncertainty and of social divisions has not gone away.

Tony Carroll teaches philosophy and theology at Heythrop College, University of London and is co-editor with Richard Norman of Religion and Atheism: Beyond the Divide (Routledge, 2016).

Labour and the Common Good