Skip to main content
Photo by Gerrit Vermeulen on Unsplash 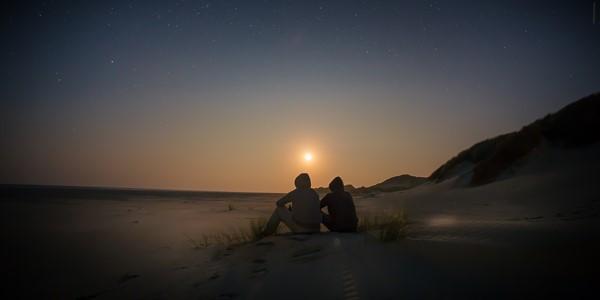 These reflections on the Stations of the Cross began by acknowledging the difficulty of trying to find someone through whose eyes we could follow the events that were about to unfold. As they conclude, we find a good candidate for a character in the Passion narratives with whom everyone who makes the Stations of the Cross might be able to identify somewhat: Joseph of Arimathea.

Here he is, responding to the suffering and death of Jesus by offering something of himself and diligently carrying out a custom: in his case, it is a tomb that he offers and the burial of Jesus that he performs; as for us, we bring our time and prayers, and we follow the Stations in the tradition of countless people before us.

The subtle differences between the ways in which Joseph is described in the gospels also make him someone with whom all people of faith might find some common ground. Are you the secret follower, who was scared of the Jews, that John tells us about; the simple ‘disciple’ we meet in Matthew; Mark’s ‘respected member of the council, who was also himself waiting for the kingdom of God’; or Luke’s ‘good and righteous man…, who, though a member of the council, had not agreed to their plan and action’? Few of us occupy the extremes of this spectrum, in secret minorities or as conscientious objectors, but wherever on the scale we find ourselves, we all perform the same dutiful task on Good Friday of laying Jesus to rest.

Only John tells us that Joseph had help in the task he performed from another man of the establishment. Nicodemus, a Pharisee, had previously sought out Jesus with questions born out of his ‘embryonic faith’, and was put in his place by Jesus: ‘If I speak to you of earthly things and you don’t believe, how will you believe if I speak to you of heavenly things?’ (John 3:12). When John reports that initial encounter, he is clear that Nicodemus approached Jesus by night. And when he re-introduces Nicodemus on this Sabbath eve, he reminds us of this.

When Nicodemus first approached Jesus, he wanted to recognise Jesus as being from God but he failed to see him in the light of true faith; he remained in the darkness of that night. His presence now, at the end, reminds us that that darkness has spread across the world. The reference to the excessive one hundred pounds of spices that he brought to the tomb might also suggest that Nicodemus was still too preoccupied with the ‘earthly things’ that had proved a stumbling block when he first spoke to Jesus. He is a reminder of the ways in which the discipleship that leads us towards the tomb with Joseph can sometimes go awry if we do not hold the kingdom of God in our hearts and minds, as Nicodemus failed to do.

It is as hard to do that as we leave this final Station as it ever is – do we ever feel further away from the kingdom of God than in those hours when Jesus is in the tomb? There is no easy way around this, but nor should there be: Holy Saturday is bare, silent and bleak, but necessarily so. As you move into its stillness, I encourage you to read James Hanvey SJ’s powerful exploration of the day that resists all of our attempts to understand it.

In the emptiness of waiting, we begin to learn something that the god of this world cannot bear, the knowledge that it does not want us to know: at the very point of our failure and betrayals, when we taste our own impotence and limit, if we are not afraid to live in his absence, we discover him.[i]

Stations of the Cross: 10. Jesus is stripped of his garments