Skip to main content
Photo by Mikael Kristenson on Unsplash 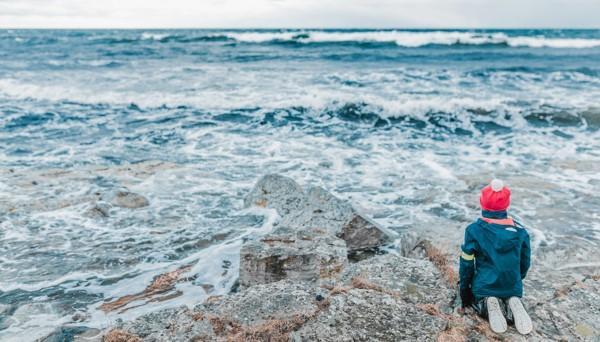 There was the shock of the fall and the blood on my knee and Simon had carried me.

I was very taken with Nathan Filer’s award-winning novel, The Shock of the Fall, from which the above line is taken, when it was published.[1] I’ve heard and read several interviews with the author, but to my knowledge he has never intimated that he named the character of Simon after the stranger from Cyrene, nor that his book was influenced in any way by the Christian story. Coincidence or not, it’s striking to imagine that this might be how a weary and beleaguered Jesus would have described the earlier stages of his journey to Calvary.

The novel is the first person journaling of the turbulent life of teenager Matthew Homes, interspersed with recollections of his youth. The fall he speaks of above is a crucial childhood event, so much so that those first thirteen words are something of a refrain throughout the book: ‘There was the shock of the fall and the blood on my knee’. But is not until the end of the story that we find out exactly why.

There is a second fall.

This time the roles are reversed: it is Simon, Matthew’s brother, who falls, but it’s a fall from which Matthew cannot rescue him. And rather than the specific and visceral memories of the shock and the blood that characterise that first incident, the details of the second, life-altering event escape Matthew in his desperation to cling on to them:

It happened so fast and I can never slow it down.

I don’t know why I should expect to. But I do, in a way. I am a selfish person and I feel cheated out of the sensation that you sometimes hear people describe, when they talk about how the enormity of a situation made everything appear to move in slow motion.

Memory is complex at the best of times, more so when it is filtered through trauma, grief and mental illness, as Filer imagines Matthew’s to be. Our unique perspective on our own experience is what we use to draw the contours of our own life, and then we try to fit our individual, jagged and irregular piece into the jigsaw puzzle of life, the universe and everything, which isn’t easy when we can’t always see how the shapes fit together. Matthew finds just how difficult this can be when, as he searches for a way to grasp the significance of his brother’s death, all he finds is the opposite:

Whatever wave had been swelling in the sea in seconds before he fell, would break in the seconds after. This dismissive and uncaring universe simply carried on with its business, as if nothing of any consequence had happened.

It’s right, of course, that we see ourselves in relation to the world around us and everyone and everything in it: ‘we learn to see ourselves in relation to all other creatures: “I express myself in expressing the world; in my effort to decipher the sacredness of the world, I explore my own”.’[2] At the centre of that, though, is a personal relationship with the one whose journey we follow as we make the Stations of the Cross. Matthew’s words about his brother again give us a striking phrase through which to contemplate the actions of the one who fell a second time:

He carried me all the way to safety, all by himself, because he loved me.

[1] Nathan Filer, The Shock of the Fall (London: Harper Collins, 2013; published in the United States as Where the Moon Isn’t). It won in the First Novel category and was the overall Book of the Year at the Costa Book Awards in 2013. Quotations in this article are taken from pp.253-254.