Skip to main content
Photo by Ludomił on Unsplash 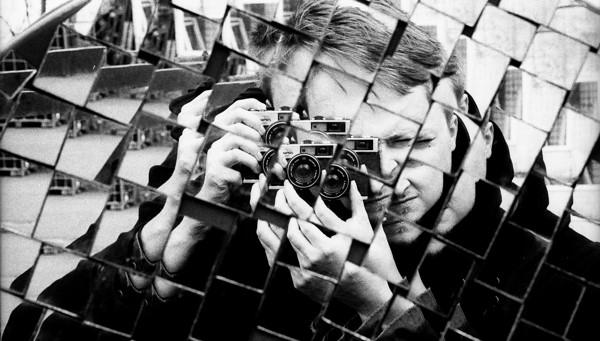 We talk about the sixth station as ‘Veronica wiping the face of Jesus’, but perhaps what sticks in most people’s minds is less the action and more the end result – Jesus’s face is left printed on the cloth that Veronica used. There is no scriptural reference for this station, and only speculation as to who Veronica might be, so we don’t know what she might have done with this piece of fabric that bore the image of Jesus.

And the suffering Jesus at that. A Jesus who has just fallen under the weight of his own cross and looked his no-doubt distraught mother in the eye. Whatever relationship Veronica had to Jesus beforehand, if any, this probably would not be how she would want to remember him, or indeed anyone.

In today’s ‘selfie’ culture, image appears to be everything. The documenting of a person, a meeting, a moment – and then filtering that to ‘improve’ it – is becoming almost a hallmark of veracity: ‘I Instagram, therefore I am’. And the curation of which moments we even choose to document at all adds another layer of obscurity between who I am and who I choose to present to the world. The reality of a moment, let alone a life, is not captured on film.

Yet Veronica accidentally and unwillingly has the meaning of far more than a moment imprinted on the cloth in her hands. She has the proof that ‘the Son of Man must suffer’. In one image – undesired, unstaged, unfiltered – she has captured a truth no selfie can ever represent. And while Veronica didn’t have millions of followers to ‘like’ it, the veneration of the Veil of Veronica and the many other works of art that it has inspired testify to the connection to a story that can be mediated through tangible objects.

If you need convincing of how blood, sweat and tears, can capture the truth of an event for those who are removed from it by time or distance, I encourage you to read Jan Graffius’s account of the preservation of the possessions of the Jesuit martyrs who were murdered in El Salvador in 1989, and of (now Saint) Oscar Romero. Of the clothes that the latter was wearing when he died, she writes:

…it was during a minute examination for mould on the black woollen trousers that I had my most moving insight. They were covered with a white, speckled deposit, formed into circular pools, which at first sight appeared to be some kind of mildew, although it did not resemble anything I had come across before. Under magnification it became clear that these were salt crystals – the residue of a sudden and profuse sweat. According to eyewitnesses at his last Mass, Romero suddenly flinched, having seen the gunman at the door of the church. Whether or not he had time consciously to realise that death was imminent, his body reacted and sweated heavily. One cannot but think of the Garden of Gethsemane.[i]

A bloodstained piece of the alb that Romero was wearing when he was killed is now housed in the shrine to the saint in Edinburgh’s Sacred Heart church. As all who pray to St Oscar there and anywhere are moved by the anguish of the single instant of his death, may they be moved, too, by the anguish of the poor and suffering, as Romero was. His story and Jesus’s story can only have had their true impact on us when we dare to turn our eyes away from their familiar images and towards those at whom they gazed with love and mercy.

Stations of the Cross: 4. Jesus meets his mother

Stations of the Cross: 5. Simon of Cyrene helps Jesus to carry his cross

St Henry Morse SJ: ‘A saviour of life unto life’
Alfred Delp: committed to Christ
Fr Pedro Arrupe SJ
‘Give them something to eat’: The Christian approach to food aid
‘The Fight Between Carnival and Lent’