Skip to main content
Photo by Matthew Henry on Unsplash 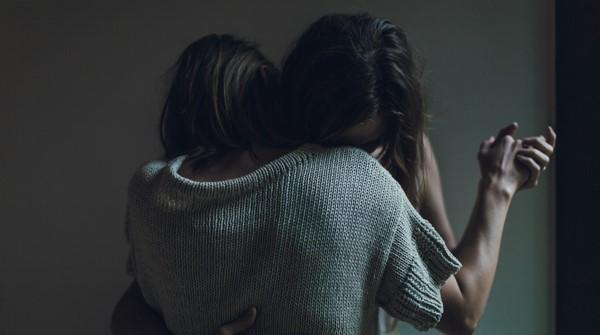 The meeting with the women of Jerusalem that gives us the eighth Station is mentioned only by Luke. If he is the evangelist most concerned with conveying compassion and mercy to his readers, then this episode serves that aim. Even in the midst of his own ordeal, Jesus takes the time to address others in distress.

The women also have something to tell us about mourning, as James Crampsey SJ suggests – as much as by what they don’t do as what they do: ‘They don’t accompany him to the cross, so they do not allow the name written there to take root in their hearts and minds.’ And, as he goes on to observe, that naming within our hearts of one for whom we grieve is what enables remembrance to be a powerful and positive process.

But the women are primarily identified as the recipients of a caution from Jesus: ‘do not weep for me, but weep for yourselves and for your children. For the days are surely coming when they will say, “Blessed are the barren, and the wombs that never bore, and the breasts that never nursed.”’ (Luke 23:28-30) Modern ears might prick up at the imagery that Jesus employs here. One can easily imagine the outcry today if a stark warning of a bleak and desperate future was delivered using the vocabulary of women’s reproductive choices. Jesus’s final words to the women, too – ‘For if they do this when the wood is green, what will happen when it is dry?’ – also carry overtones now of an ecological crisis, in which the dwindling fruitfulness that Jesus uses metaphorically is coming to pass.

And of course Jesus utters these words under the burden of a cross of wood – a bare, lifeless symbol of the future ‘dry’ conditions of the destruction of Jerusalem.  ‘You chose the natural timber/ to die on – that the natural/ Man should be saved.’ So wrote the poet R.S. Thomas, before continuing to ask Christ how salvation for ‘the astronauts/ venturing in their air-conditioned/ capsules’ would be achieved.[i]

Today, many of us tend to place more value on air-conditioned capsules than on timber. We so often instrumentalise the ‘natural’, the created world, in order to pursue our ‘ventures’ in technology, business, science that the latter now dominate the former, as Pope Francis observes in Laudato si’.[ii] Thomas seems to speak to this concern at the end of his poem: he worries whether there will exist ‘a garden for the Judas/ of the future to make his way through/ to give you his irradiated kiss’. This reads now as a prescient call for the integrated vision of humanity and ecology that was the hallmark of Laudato si’. So when we contemplate Jesus’s words to the women, we might find a new way of hearing them as a warning against abusing the gifts of the created world. If we do not cherish the wood while it is green, what will happen – to our common home and all who inhabit it – when it is dry?

Stations of the Cross: 5. Simon of Cyrene helps Jesus to carry his cross

Stations of the Cross: 13. Jesus is taken down from the cross