Skip to main content
Photo by Taro Taylor at flickr.com 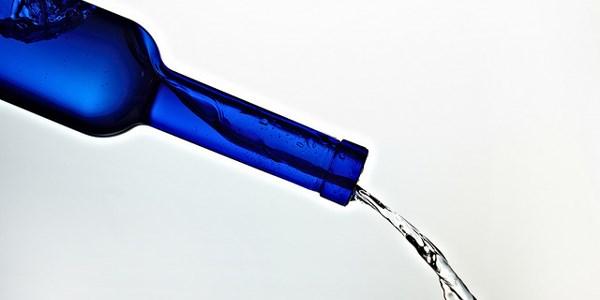 It’s not often that a James Bond film comes close to reality, but Ken Homan SJ saw a glimmer of truth in a storyline about political tensions over a water supply.  For World Water Day on 22 March, he assesses the global crisis of overconsumption of water and highlights the urgency of a faith response to the challenges that we face.

In 2008, Sony Pictures released the James Bond film Quantum of Solace. Seeking out the organisation responsible for an assassination attempt on M, Bond encounters Dominic Greene. Greene has formed a sinister partnership with exiled Bolivian General Medrano: Medrano hopes to take over the presidency with Greene’s aid and connections; Greene hopes to stage a coup in order to take control of Bolivia’s water supply. In the movie, Greene states, ‘This is the world’s most precious resource – we need to control as much of it as we can.’

Though the plot may seem fantastical and impossible, it is not far from the truth of history of natural resources. Much political and economic turmoil has arisen due to environmental factors. Moreover, resource battles are likely to continue. The New York Times reported in October 2014 that the Pentagon had released a statement labelling climate change as a major threat to national safety. Instability caused by climate change was likely to cause problems of terrorism, infectious disease, global poverty and food shortages.[1] Scarcity, global demand and price are all drivers of global conflict over natural resources.

The UN estimates that 1.2 billion people live in areas of water scarcity.[2] From Sao Paulo to Los Angeles to Baghdad, the importance of water and conservation has become readily apparent. All across the United States, we are depleting aquifers at an incredible rate. In Sao Paulo, fresh water access is dwindling thanks to skyrocketing global demand for Brazil’s industrial and agricultural products. Across Europe and the United States, the debate over hydraulic fracturing (fracking) has focused on use and protection of water resources, which are becoming scarcer, more expensive and more volatile. World Water Day is a good opportunity to assess what is happening in the world and how we might respond.

It is hard to overemphasise the importance of water for our daily lives. Immediate uses jump to mind – staying hydrated, bathing, cleaning our homes, etc. Some uses, such as agricultural irrigation, are more subtle but still recognisable. Other utilisations, however, are less obvious: for example, oil and mineral extraction, industrial manufacturing, or non-irrigation agricultural use. Simply put, we tend to treat water as an expendable resource. We have behaved similarly with carbon fuels and are coming to see the consequences of that. But do we see water in a similar light?

Oil, control of it, access to it and sale of it, has driven much of our world economy for several decades. Oil economics and politics are fluid and very frequently difficult to understand. Small fluctuations in prices can trigger major swings in the economy. They can also lead to political stress. In 1973, the OPEC oil embargo created massive international tension, the memories and effects of which still exist. It may have seemed as if 1973 was the start of the geopolitics of oil, but they actually began much earlier and continue today. In the early 1930s, Paraguay and Bolivia went to war over a border area thought to be rich in oil. During World War II, the Allies strategically bombed German oil refineries. Today, discussing oil politics can be volatile and uncomfortable. Debates rage as to whether Russia has become involved in Ukraine because of oil. In late December, Venezuelan President Maduro accused the United States of starting a covert oil war to collapse Venezuela’s economy.[3]

The effects of these wars and tensions, and of the use of oil, come to mind easily; it is more difficult to believe that water could cause the same problems. After all, oil is a high-priced commodity on the stock exchange with major investors. Water is just…water – so ubiquitous that we hardly give it its due consideration. Yet water is a fast-dwindling commodity that is likely to bring further conflict in the near future. We may not see full scale wars for access to water in the next five years, but we will certainly see mounting tension in geopolitics.

It can be hard to believe that water, which makes up 71% of the earth’s surface, would be something worth creating conflict over. It is important to remember, however, that over 96% of that water is ocean salt water. [4] Even still, I sometimes struggle to believe the news stories that pop up on my Facebook feed: Sao Paulo only has two months of water left, California will be out of water in a year. But given the reality of human-caused climate change, we should be willing to acknowledge the consequences of our management (or lack thereof) of water.

Sao Paulo, the world’s 12th largest city, is faced with running out of water. Intense logging, booming agriculture and sudden sprawl have drained reservoirs to historic lows. Despite warnings by environmental groups and civil servants, the draw of agriculture and industry caused Brazil to ignore many alarms that warned of this shortage.[5] The effects of logging alone are worrisome: The Economist reports that 30,000 trees need to be planted near reservoirs to mitigate water loss due to runoff.[6] With a population of over 20 million people, a severe water shortage does not bode well.

California is also wrestling with its water consumption. Due to low snowpack, drought and extreme consumption, some parts of the state estimate they have only a year’s worth of water left. The state has previously used rationing laws to limit use and is strongly considering using those laws again. Some, however, feel such measures may be too little, too late. The economic cost of water rationing might devastate Californian agriculture and industry. But how do we balance water consumption, its economic impacts and our requirement of it in order to do our jobs? How do we increase its longevity without threatening standards of living? These questions face countries around the world. In Pakistan, around three million people face starvation due to drought; in India, 130 million people have been severely affected by drought.[7] We cannot simply watch these disasters occur. We must explore our behaviour with water. What do questions of water consumption, politics, and economics mean for our faith?

As with other social problems, our faith calls us to first consider the poor, the least of our sisters and brothers. As with climate change, the poor are overwhelmingly harmed by water mis-consumption, they are the first to lose access to water. As Detroit struggled with bankruptcy last year, it shut off water to more than 27,000 individuals who had not paid their water bills.[8] Around the world, extractive industries such as fracking, oil drilling and mining of precious minerals have left water not only undrinkable, but incredibly toxic. In many cases, companies continue their dangerous practices because the poor depend on them for work, however miserable and degrading.

The politics of water and their effect on the poor are particularly evident in Bolivia. In 2000, Bolivia moved to privatise its water resources. The national government hoped that privatisation and the building of a dam would help to pay off national debt; the effect was a spike in water rates, leaving many unable to pay them. The World Bank had pushed this privatisation in Cochabamba, Bolivia as it is now doing in Lagos, Nigeria. Nigeria’s environment has already undergone considerable damage due to the activities of Shell, which uses and pollutes a great deal of the country’s water resources. The poorest are left to deal with these consequences. Water politics, like those of oil and climate change, leave the greatest burden on those who are least able to bear it.

Our faith, then, calls us to respond. A three-pronged approach is needed: we must focus on lifestyle, education and activism.

Around the world, meat consumption is at an all-time high. It takes approximately 15,415 litres of water to produce 1 kg of beef; it only takes 1,222 litres of water to produce 1 kg of corn. Significantly reducing our meat intake is an excellent step towards protecting water resources. Changing other personal habits, such as taking shorter showers or watering lawns less frequently, can help reduce our impact. We must also think about the less obvious ways in which our lifestyles require water, as mentioned earlier. Almost all of our smartphones and tablets use gold and other precious metals, which require millions of litres of water to extract – often from already-poor countries – and refine. Reducing our consumption of technology, electricity and their associated resources would tremendously reduce our water footprint.

Education makes a difference in a number of ways. We must ask questions and educate ourselves about how best to pursue these goals. When we ask companies where and how they produce goods, it signals that we are aware of important issues. Their knowledge of our knowledge encourages them to minimise their impact and it helps us to stay informed. We must also be more aware of water’s importance in the world. Here in the United States, we hear very little of water battles and droughts in other countries. Climate change denial (and confusion) hampers our ability to respond. Educating ourselves and others is vital to transforming our use of water and the environment.

Finally, we must be willing to take a stand in order to protect water resources. Contacting elected officials, business leaders and NGOs must be a priority. We must encourage our schools and community institutions to reduce their impact. As we have discussions about how to reduce our dependence on carbon fuels, we must likewise discuss lowering our consumption of water. We must advocate for the poor and underserved. Doing so is part of our faith and identity.

Listed below are several resources to help you learn, change your life and change the world around you, so that we might protect our resources in order to protect and love the poor.

Ken Homan SJ is a Jesuit brother of the Wisconsin Province.  He is presently studying the Jesuit work in labour history at Fordham University in the Bronx.

The eight works of mercy