Skip to main content
Photo by Utnapishtim at flickr.com 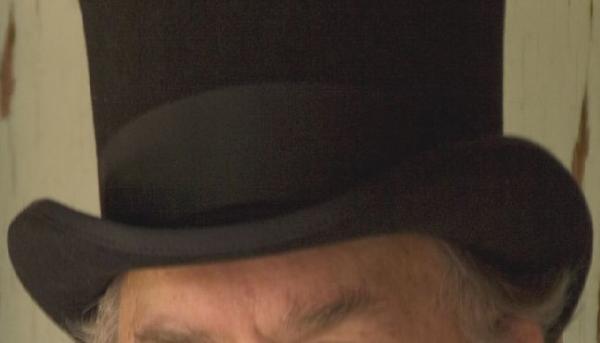 Our comfortable familiarity with the stereotypical images of class conflict deployed by Labour in the Crewe and Nantwich by-election campaign suggests that we need the jolt of a well-articulated religious perspective on equality, according to the Heythrop Institute for Religion, Ethics and Public Life.

The “toffs” strategy deployed by Labour during the Crewe and Nantwich by-election generated a considerable amount of comment in the media. There were several striking aspects to this. The first was the acceptance of the reality of class and class conflict. The rhetorical claim that “We’re all middle class now” seems to have faded from memory. Second, in contrast to multiculturalism, where no one is held to be blameworthy simply by virtue of the fact of being born into a particular culture, it was assumed that being born into a particular class was a moral category – to be attacked or defended, depending upon which side one took in the debate.

The third feature was the general consensus that differences in class could be measured by such features as education and patterns of material consumption. External appearances were an essential feature – it was not by chance that the Labour strategy involved top hats. Yet perhaps one of the defining characteristics of today’s class divisions is actually invisible. The wealthy can afford to feel secure. Peace of mind in the face of an unknown but potentially perilous future is one of the most unequally distributed of fundamental human goods. An obvious example is insurance. This covers not just the normal household, car, life and so on, policies which the poor often cannot afford. The rich can also buy such things as disaster insurance from private security firms that offer to whisk the policy holder out of any area affected by a natural or man-made catastrophe. In the growing number of “gated” communities security becomes a defining quality of the lifestyle which is on offer.

Interestingly, the deployment of class conflict drew no comment from a religious perspective. In part this might have been because there was so much attention focussed on The Human Fertilisation and Embryology Bill going through Parliament. However, this is a subject which rarely calls forth official statements from the Church. The Catholic Church has always been cautious in its social teaching when dealing with the issue of class. It has wanted to avoid any suggestion of endorsing a Marxist understanding of class war, and instead has tried to approach the subject through the insistence that we are all equal.

The foundation of the claim that we are all equal is found in the Church’s understanding of the dignity of the human person who is a subject of his or her own life. Many secular approaches also affirm that we are subjects. In Christian revelation, however, the dignity of the human person as subject receives its ultimate meaning: each person is created in God’s image. We are created by God, addressed by God, called by God, accepted by God. Because we are made in the image and likeness of God, we are capable of being God’s partner in dialogue.

This image and likeness is obviously a universal feature of what it is to be human. As Christians, however, revelation gives us the further insight that we have been redeemed from our sinful situation by Christ, called to overcome death and to share in the eschatological kingdom of God and to become already a child of God. Therefore through the Son and in the Spirit, we may pray ‘Abba, Father’, and be capable of fulfilling the new law of love. By virtue of their faith, therefore, Christians have a special motivation to respect and promote the dignity of each person as subject because it has been given us to know the extent of what that dignity implies.

It is clear that in most areas valued in our society we are not all equal. We are not equal in strength, in intelligence, in beauty and so on. Yet Gaudium et spes 29 is emphatic that “there is here a basic equality between all” people. Equality is not dependent on having to live up to anyone’s expectations. It is not in our gift to bestow it. What we are called upon to do is to recognise that equality which God has given us by virtue of our creation.

It is easy to treat clones equally. It is when differences are present that it is more challenging. Gaudium et spes is explicit that “social or cultural discrimination in basic personal rights on the grounds of sex, race, colour, social conditions, language or religion, must be curbed and eradicated as incompatible with God’s design.” It points out that “while there are rightful differences between people, their equal dignity as persons demands that we strive for fairer and more humane conditions.” It would seem, then, that the Church has a vision of society in which class differences are to be overcome. However, when one turns to other documents from the Second Vatican Council, a more confused picture emerges. Chapters 4 and 5 of Lumen Gentium present the universal call to holiness. However, it takes a very stratified view of the Church and the world. This holiness is to be through and in the station in which one finds oneself. There is no element of social reform in the discussion of what the call to holiness might mean. At one level this is perfectly understandable. However, it could – and has been – read as legitimating social stratification. We need to be careful that our notions of holiness do not preclude contesting such social stratification; it would be a distortion of the Christian gospel to separate holiness and justice. This combination of holiness and justice, however, also needs to be carefully nuanced. At times, and with certain formulations of the proclamation of a preferential option for the poor, the impression can be given that God is only God of the poor – in which case, one has to ask: who is the God of the rich?

All societies have the potential for class conflict. A well articulated religious contribution to how this is to be negotiated will be one which starts from the acknowledgement of that conflict, but refuses to see it as determinative of our social relations. An insistence on social justice includes, by definition, a determination that distinctive qualities are to be valued and nurtured – our task is to ensure that there is a process of genuine discernment about which qualities these are and which are simply an outworking of the influence of existing stratification. This process needs to be rooted in a fuller understanding of holiness, one which allows for differentiation but never compromises equality.