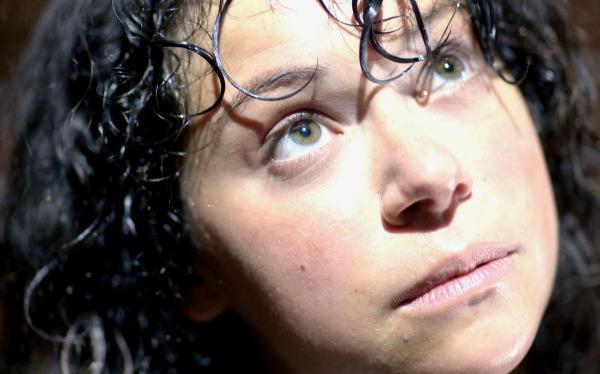 The first of four episodes of BBC One’s The Nativity focused on the relationship of a young couple with whose story we are very familiar, although we may not have seen it in this light before. Tim Byron SJ has high hopes for the rest of this sensitively acted and cleverly written series, which weaves together the many threads of ‘the greatest story ever told’.

If you have ever found yourself daydreaming during little Johnny’s nativity play at school, wondering, amidst the flurry of angels’ wings and tea-towel head-dresses, how you would tell the story with a bigger budget – then the BBC Drama Wales version of The Nativity will leave you surprised and delighted. Shot in Morocco and aesthetically impressive, Tony Jordan’s small screen adaptation is a very credible and moving version of the greatest story ever told.

The ebb and flow of relationships forged in the crucible of tense domestic situations is second nature to Jordan. In the first episode of four, the pen that brought us many storylines in Eastenders, including the Andy-Kat-Alfie love triangle, now unfolds sensitively the developing relationship between Mary and Joseph – although this will prove to be a love-triangle like no other. The script writer’s confidence is important as the iconic nature of biblical stories can prove to be a minefield of sensibilities and vested emotions. Committed believers, agnostics and curious atheists will all bring their own expectations and prejudices to the portrayal of such a foundational event. Exhibiting the deft swish of a master’s brush, the opening scenes are full of such warmth and humour that Jordan quickly puts his audience at ease.

A strong performance from Neil Dudgeon (Midsomer Murders) as the kindly Joachim helps, whilst Claudie Blakely (Cranford) as St Anne comes across as Maureen Lipman-like in her comic if somewhat stereotypical Jewish mother role. Whilst such rich veins of humour as the disappointed mother-in-law help to locate the audience and make them comfortable, there is a brief moment at the start where the programme appears to be sliding into Carry-On-Nativity territory. Fortunately, this proves only to be a passing anxiety which is soon forgotten as the different threads of the story begin to take shape. One such thread is that of an age-of-austerity shepherd, struggling to cope with an ill wife, a tax burden and a lack of support from an unbending state; we first meet him as he is looking for and finds a young member of his flock who has strayed, which allows us to identify the shepherd himself as one of the lost sheep of Judean society.

But the main thread of course is Mary, fresh faced and refreshingly normal. Played by ‘emerging talent’ Tatiana Maslany, she falls somewhere between the numinous and the profane – or the unapproachable purity and beauty of Olivia Hussey in Zeferelli’s classic Jesus of Nazareth, and Keshia Castle-Hughes’ sulky-teenager in New Lines’ recent The Nativity Story. Maslany’s Mary is credibly pure without being too earnest. Her carefree, teenage abandon is yet to be tested by the awesome task assigned to her and, thankfully, her character is given time to breathe. Her teasing and laughing make her likeable – so far so good. Andrew Buchan (Garrow’s Law) plays a Joseph who is a lot younger than he is often portrayed to be in Catholic or Orthodox tradition, and gives a steady supporting performance (or non-supporting performance as the story unfolds). Nothing spectacular is needed and the fact that the actors don’t overshadow their characters in any way is a subtle but important achievement.

The highpoint of the first episode was the evocative star-gazing scene. As Joseph lies on the ground full of dreams about the future, planning his Nazarene version of domestic bliss, beside him Mary is taken out of herself and contemplates God – a nice writing device that also introduces smoothly our three Magi, the third thread of the tapestry being skilfully woven by Mr Jordan. It is refreshing to see the three wise men, so often reduced to comic devices, being taken a bit more seriously – although this is slightly jeopardised by the casting of Peter Capaldi (The Thick of It) as Balthazar. As Capaldi’s weary face appears on the screen, fans of The Thick of It no doubt brace themselves for the first profanity, but with due credit to his skilful performance, he just about gets away with it, and memories of the foul-mouthed Malcolm Tucker evaporate into the Babylonian night sky. Although at one point in his discussion with the council of Magi, his assertion that, ‘The time of God’s intervention has long passed’, did bring to mind a certain spin doctor’s assertion that, ‘we don’t do God’.

Overall the first episode is pacy, visually stunning, with accomplished dialogue and character development. We finish, in true soap style, on a cliff-hanger. An aging, hippy rock-star appears at dusk and interrupts Mary’s musing. Alarmed, she asks him who he is; the kindly old fella with neatly-trimmed facial hair, adopting the pose of a concerned social worker, announces that he is from God – his name is Gabriel and he has an important message for her.... cue the Eastenders drum kit.

We will have to wait until the second episode to see how the writers treat the eternally fascinating Annunciation scene – suffice to say, it is safe to assume that with Gabriel’s arrival we are safely in Theology-from-below territory. Wouldn’t want to disturb anyone with strange, metaphysical nonsense, of course not....

It is difficult to tell a story that everyone knows, respectfully, without it turning into a biblical snooze or directing it as a series of tasteful, stultifying reverent postcards, shorn of life, awe, mystery. So far, The Nativity has avoided these pitfalls and deserves great credit for it. Those who watch it will, I’m sure, think again and realise that there are hidden depths to an all too familiar story. Hats off to the BBC for commissioning this series and for giving it such a prominent slot. This is definitely licence-fee money well spent – a phrase that doesn’t often roll off the tongue.

Tim Byron SJ is chaplain to St Ignatius College, Enfield, and is a member of the Thinking Faith editorial board.

'The Nativity', Part Three: What do you believe?

Reflections on the Assumption