Skip to main content
Photo by prayitno at flickr.com 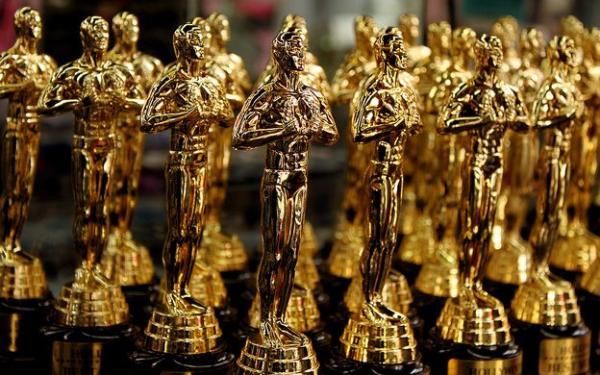 The author of Finding God in the Dark – Taking the Spiritual Exercises of St. Ignatius to the Movies, John Pungente SJ, offers his take on many of the films that won at this year’s Academy Awards. What does he consider to be the most interesting films of 2012?

The New Yorker’s film critic, Anthony Lane, ends his review of Les Misérables with the line, ‘I screamed a scream as time went by.’ His fellow critic at The New Yorker, David Denby, called the movie ‘Terrible, dreadful, overbearing, pretentious, and madly repetitive.’

Some 60 million people around the world have seen Les Misérables on stage since it opened in London in 1985: impressive. By mid-February 2013, the movie version had taken over $358 million worldwide at the box office: more impressive. The movie has won many awards – most notably Best Supporting Actress for Anne Hathaway at the Oscars, and Best Film, Actor (Hugh Jackman) and Supporting Actress in the Musical or Comedy category at the Golden Globes: somewhat impressive.

But would I include Les Misérables in a list of the top ten best movies of 2012? Probably not. Yet I would include it in a list of the most interesting movies of 2012. I could go all Latin on you here – de gustibus non est disputandum – but the fact is that whether you like a movie or not really does come down to taste. Media literacy won’t tell you that a movie is good or bad; it will only tell you that it is there on the screen and offer you ways to look at it, to get inside it, to discuss it, to make up your own mind as to whether or not it is a good movie – for you.

Here are some of the Hollywood movies, in no particular order, which are among the most interesting of 2012 – for me.

Les Misérables: Interesting in the style in which the movie was shot; interesting in the use of ‘live’ singing rather than having the actors mouth pre-recorded songs – even if you can see the earpiece Russell Crowe is wearing in one shot. Speaking of Russell Crowe – what a monumental piece of miscasting! Putting aside the fact that he cannot sing the songs – yelling the lyrics in his rock band does not qualify him to sing musical theatre – he is just not a strong antagonist against Hugh Jackman’s protagonist. And it is interesting in that the musical presents such religious themes – what other Hollywood movie of recent memory would have in its closing moments a line like, ‘to love another person is to see the face of God’?

Beasts of the Southern Wild: Interesting in the questions that it raises, such as – what makes the movie so emotionally powerful? Why does the movie remind me of a tone poem? Who are the real beasts of the southern wild? And – a question that came to mind as the movie ended – why does the young girl, Hushpuppy remind me so much of the line from Isaiah, ‘and a little child shall lead them’?

Django Unchained: Interesting neither for the use of violence, nor for Tarantino being Tarantino; you already know what you are going to see when you sit down to watch a Tarantino movie. Rather the movie was interesting to me because of the fantastic thought that popped into my head near the end: ‘I’m watching a romantic comedy’ – a twisted one of course, but nonetheless one that followed the classic romantic comedy norms of ‘boy meets girl, boy loses girl, boy gets girl’.

Life of Pi: Interesting in the use of 3D as integral to the story and not as something that calls attention to itself. Interesting in that I was so taken with the story, as fantastic as it was, that I never even considered another version of what happened – the version that Pi comes up with at the end of the film to satisfy the Japanese investigators – until my friend, with whom I saw the movie, pointed it out to me. Is the movie we see a metaphor for what really happened? Does it matter? Interesting in the way in which it deals with the ‘big’ themes of life and death, belief and doubt. Interesting in seeing Pi as a modern day Job stripped of everything until finally he says, ‘I suppose in the end, the whole of life becomes an act of letting go, but what always hurts the most is not taking a moment to say goodbye.’ For me, definitely the second best movie of 2012.

Silver Linings Playbook: Interesting in that this was definitely a romantic comedy that also followed the norms for such movies, which usually – unless you are Quentin Tarantino – consists of a ridiculous plot with a conclusion never left in doubt: ‘boy gets girl’. And yet here we have some wonderful actors creating characters we come to believe in and enjoy, and laugh with rather than at. For whatever reason, I had never previously seen Bradley Cooper on screen, so I saw him as his character, Pat, rather than as an actor I knew. On the other hand, I have seen Jennifer Lawrence in her other roles yet she amazed me in her creation of Tiffany, a women much older and more experienced than the 22-year-old Lawrence. Interesting in that for the first time in years, Robert De Niro came to life on the screen. Here, as Pat’s football-obsessed father, De Niro doesn’t walk through the part, rather he makes the fanaticism of the character both funny and pathetic.

Other movies that interested me in 2012 were Anna Karenina, Argo, Zero Dark Thirty, The Impossible, Amour, The Master and The Avengers. That is enough recommendations for now. Although I cannot end without saying how interestingly, wonderfully delightful is The Best Exotic Marigold Hotel.

John Pungente SJ, teaches media education at the University of Toronto and is director of the Jesuit Communication Project. He is co-author of Finding God in the Dark – Taking the Spiritual Exercises of St. Ignatius to the Movies.

This is an edited version of a post published originally on IgNation, a blog of the Jesuits in Canada.