Skip to main content
Photo by Renata Fraga on Unsplash 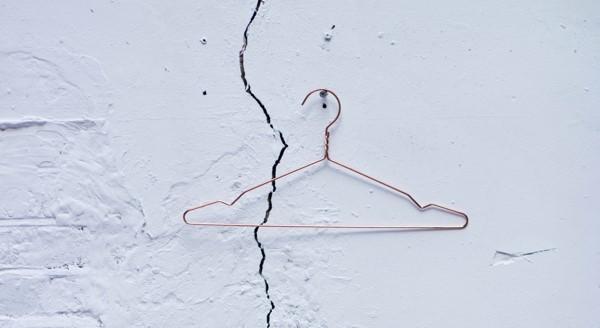 All four gospels tell us that the soldiers who crucified Jesus cast lots among themselves in order to divide the clothing that they had taken from the man whom they had already nailed to the cross. But none of them chooses to chronicle the moment at which Jesus had his clothes removed from him (at least not at this juncture in the story – Matthew has Jesus stripped and re-clothed before he begins the journey to Calvary). Readers or hearers of the time would no doubt have understood that this was part and parcel of the process of crucifixion, so perhaps that detail might have been unnecessary, even mundane to them. So it is interesting, then, that while the gospels highlight the scripture-fulfilling and universal significance of what the soldiers did with Jesus’s garments, the Stations direct our prayerful attention instead to what the gospels gloss over: the personal and intimate humiliation of a man having his clothes removed from him.

Our experience of and relationship with our own bodies will no doubt affect the way in which we respond to contemplating Jesus having his body exposed. While glossy magazines and Instagram accounts showcase ‘ideal’ bodies by revealing as much of them as is possible while maintaining decency, the reality for most of us is that we are happier covered up, and the idea of the world seeing more than we willingly expose is alarming.

And so most of us will attribute feelings of indignity and even fear to Jesus in this moment. In the context of what was going to follow immediately, we might think that Jesus had bigger concerns than body-shaming in that moment, but there will have been a natural human reaction of embarrassment to this event. Perhaps this station, more than any other, encourages us to identify in prayer with the fact that the protagonist of this world-changing, grand narrative was not a symbol, or a hero, or a myth, but a human being who was no more exempt from the trauma of what was happening to him than you or I would be.

The body is important for St Ignatius: Jesus’s human body, and every human body that has been forever transformed by what Jesus’s body accomplished. I can scarcely offer a better reflection on this than my colleague Rob Marsh SJ has done in these pages during the other liturgical season of preparation, and so I encourage you to read his Advent reflection on ‘Hating Incarnation’ in its entirety. But its conclusion in particular might give us a helpful way to pray with this station:

Committing to Incarnation is committing to an embodied life with all the associated risks that flesh is heir to. Flesh is vulnerable and dies. Yet God enters into our fleshly existence to do something for us that presumably could not be done any other way. God takes on sore feet and disappointment and loss; God takes on failure and incapacity and death. And saves the world.[i]

When we are overwhelmed by the Passion of Jesus, and daunted by trying to conceive of what he undertook, there is no shame in starting small, whether that means imagining Jesus’s pain at his sore feet, or his embarrassment at being disrobed. There is nothing of our own human experience that we cannot take to God in prayer, so there is nothing of God’s human experience that God would not offer us in return.