Skip to main content
Photo by Matt Collamer on Unsplash 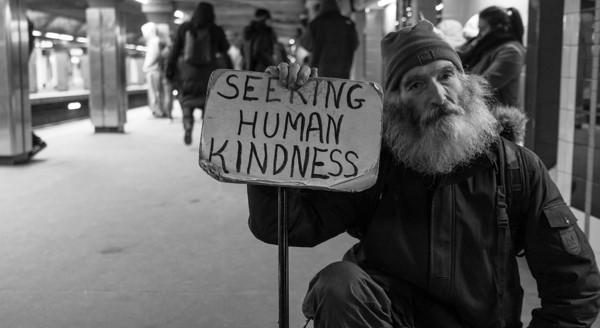 ‘I have always depended on the kindness of strangers.’[1]

Simon of Cyrene certainly has the reputation of being a kind stranger. We can be sure, though, that ‘kindness’ had little to do with it when he was forced to share Jesus’s load – whether he would have chosen to help, we’ll never know, but that choice was not likely his to make. And as for being a stranger? Well, not to everyone:

Mark tells us that this Simon is ‘the father of Alexander and Rufus’; now the only reason Mark mentions their names must be that his church knows them. So something must have happened to Simon of Cyrene that day, to turn his sons into disciples.[2]

Mark’s earliest readers would no doubt have been stirred by the closeness to the story that they gained from knowing someone who knows someone that was involved. It’s tempting to wonder how far that chain extended and who was using it to claim a personal association to the events of that Good Friday. But of course the impact of that would lessen with each connection – it is far easier to be moved into further thought or action by something that happens to someone you know, maybe even a friend of a friend. But once the chain gets longer, the links get looser and what starts off as an evocative sharing of experience becomes little more than an anecdote. It might even raise questions more than it strikes chords: ‘Who on earth are Alexander and Rufus?’

But this incident would still have been able to speak to Mark’s widest audience – just as it would have spoken to Luke and Matthew’s readers, and still speaks to us – without the middle men. There might even be a sense in which it has an even more immediate impact on those with blank canvases. We don’t know Alexander or Rufus, so there’s no element of ‘oh yes, this rings a bell’ or ‘now their story makes sense’. The jolt of one person being drawn into intimate contact with a stranger in his time of acute suffering is allowed to present itself without the filter of familiarity. The newness, the otherness of that is perhaps particularly helpful for this station. That Jesus and Simon are so ‘other’ to one another is what lends the scene its power.

Very few of us will ever find ourselves in the situation in which Simon of Cyrene did when, confronted with a stranger’s present reality, the action required of him was forced, physical and drastic. But being confronted with someone else’s story always demands something of us: attention; empathy, often; sometimes guidance, assistance or evaluation. When we are face to face with another – friend, foe, or stranger – we must always respond. For the philosopher Emmanuel Levinas, this responsibility to ‘the other’ is the foundation of ethics:

…the ethical relation that is revealed in the face-to-face encounter is not to be understood as some cognitive act or moment of enlightenment but an awareness of the other’s need that demands a responsibility that is open-ended.[3]

Simon’s encounter with Jesus was face-to-face, and it clearly transformed his life if his sons were members of the earliest Christian communities. Our encounter with Jesus does not happen in the same way, but we must not rely on the power of Simon’s to transform our lives – we cannot cling to our nth degree of separation from Rufus or Alexander to make this story personal to us. Our praying the Stations of the Cross is surely hollow if the message that Jesus spent his life trying to deliver has not registered with us: ‘Truly I tell you, just as you did it to one of the least of these who are members of my family, you did it to me.’ (Matthew 25:40) Our awareness of and responsibility to every stranger, in every face-to-face encounter, makes Jesus’s story our story.

[3] Michael Barnes SJ, ‘Review of The Art of Making Connections: Philosophy between vision and common sense’, Thinking Faith, 18 May 2016: https://www.thinkingfaith.org/articles/art-making-connections-philosophy-between-vision-and-common-sense