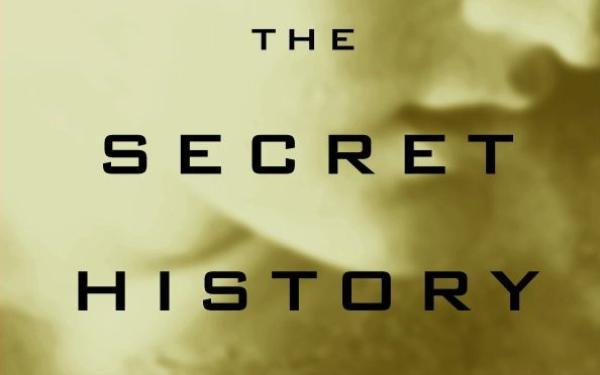 Michael Kirwan SJ recommends Donna Tartt’s novel, The Secret History, which describes a tragic incident in the lives of a group of passionate Classics students. What happens when the temptation of Dionysus becomes too strong to resist? You really must read this murder story with a difference.

In her debut novel, The Secret History (1992; Penguin edition, 1993), Donna Tartt tells the story of a group of six elite students at Hampden, a prestigious liberal arts college in Vermont. They are studying Classics together, under the guidance of a fascinating and charismatic professor, Julian Morrow. On the first two pages, we are told how one of the six, Bunny, is murdered by the other five: they push him over a ravine, making the death look like a hiking accident.

This is a murder story, then, but one in which the victim and the killers are known from the very beginning. The suspense consists in finding out what drove them to this act, and what are its consequences. The narrator is one of the students, Richard, who has made his way to Hampden from his dismal home town of Plano, California. He is captivated by the self-assurance of the Classics students, and he persuades Julian to admit him to this select group.

I was giddy with the force of his personality … his students – if they were any mark of his tutelage – were imposing enough, and different as they all were they shared a certain coolness, a cruel mannered charm which was not modern in the least but had a strange cold breath of the ancient world: they were magnificent creatures, such eyes, such hands, such looks – sic oculos, sic ille manus, sic ora ferebat. I envied them, and found them attractive; moreover this strange quality, far from being natural, gave every indication of having been intensely cultivated. (pp. 32-3)

There is, unfortunately, more than a ‘cold breath of the ancient world’ about this cadre. Their obsessive immersion in the thought-world of the ancient Greeks leads them to catastrophe.

The story is a compelling one, told by Tartt with great power and erudition. The novel is compared by one reviewer to Dostoyevsky’s Crime and Punishment, as a journey into the heart and mind of a homicide. How does a perfectly ordinary young man like Richard become a killer? Suffice to say that, at the moment when Bunny is pushed over the edge, the motives of his friends are convincing, chillingly so.

There are two trajectories or motifs within the narrative. One is made very explicit by Tartt; the other is intriguing, and more understated. In the first of these, it is made clear that the students are bound together by an elitist contempt for the democratic dreariness of the world around them. They pride themselves on being very different from the majority of the students at Hampden, for the most part slacker hippies and cokeheads. It is modern, soulless America which sickens them; Richard, above all, is looking to leave Plano, California far behind him. Julian encourages and plays upon this feeling of supremacy and desire for escape, and when extolling to his small class the Greek rituals of ecstatic release, he finds a ready audience:

‘If we are strong enough in our souls we can rip away the veil and look that naked, terrible beauty right in the face; let God consume us, devour us, unstring our bones. Then spit us out reborn ... and that, to me, is the terrible seduction of Dionysiac ritual. Hard for us to imagine. That fire of pure being.’

The novel’s major key therefore, is an exploration of what happens, if this Dionysian temptation is indeed taken seriously.

The minor key, towards the end of the novel, is beautifully rendered. Three of the group meet in Boston after the disaster, and they go together to Mass on Ash Wednesday (earlier we have learned that all the conspirators except Richard are nominal Catholics). Richard joins in line in the crowded and drafty church to receive the ashes from a priest, ‘bent, in black, very old’. Not knowing the drill, he gets up again to join the queue for communion, only to be hastily pulled back by the others. ‘The three of us stayed in our seats as the pews emptied and the long, shuffling line started towards the altar again.’ (p.620) It is a poignant moment: a kind of liturgical limbo, in which the murderers have enough conscience to acknowledge that they are dust, and to dust they will return; but not the strength of soul to arrive at the place of real communion, so different from the ecstatic but deadly encounter which had obsessed them earlier in the story.

I certainly do not want to ‘baptise’ Tartt’s novel, which is a wonderfully satisfying story without any need to over-emphasise these Christian hints. Nevertheless, the episode in the church does tempt us to ask whether the ‘secret history’ of the title is not, after all, that of the shrill, intoxicating Dionysus, but an altogether stiller, smaller voice.

Michael Kirwan SJ is Head of Theology at Heythrop College, University of London.